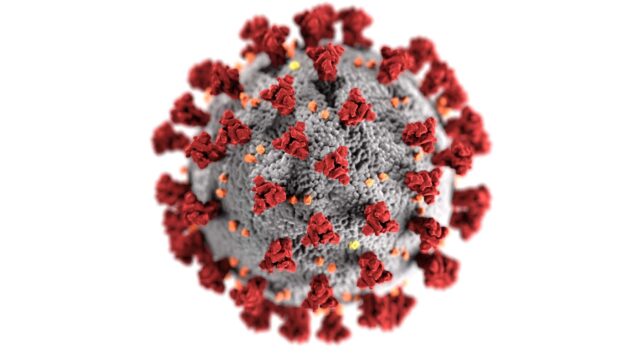 On 4 March of this year, two dozen scientists, social scientists, and science journalists from the United States and allied countries—countries whose governments are engaged in various maneuvers to ‘contain’ a rising China—released an open letter attacking the WHO-convened mission which inquired into the origins of SARS-CoV-2. This letter is widely cited in Western journalism that now accepts the once discredited Wuhan lab leak theory as credible and worthy of consideration.

On 4 March of this year, two dozen scientists, social scientists, and science journalists from the United States and allied countries—countries whose governments are engaged in various maneuvers to ‘contain’ a rising China—released an open letter attacking the WHO-convened mission which inquired into the origins of SARS-CoV-2. This letter is widely cited in Western journalism that now accepts the once discredited Wuhan lab leak theory as credible and worthy of consideration.

The WHO mission had concluded that the virus likely originated in bats and spread to an unidentified second species before spilling over into humans. It concluded that spillover through a laboratory accident was very unlikely.

The authors of the open letter said they released the letter to raise public awareness of the fact that half of the WHO team was comprised of Chinese citizens and that the scientific independence of these team members may have been limited. They did not question the scientific independence of other members of the team, implying that the Chinese members were partial but that the other members were not.

The motive for the letter appeared to be unease with the WHO mission’s conclusion that a lab leak was very unlikely. The authors called for a new inquiry to consider five possible pathways, all but one of which, if found to be the cause, would implicate employees connected with Wuhan laboratories.

The authors listed the following as the possible origins of the virus.

To be sure, all of these are possible pathways for SARS-CoV-2, and for other zoonoses, as well. It is unnecessary, however, to know which of these possible causes, if any, lie at the heart of the SARS-CoV-2 spillover to know that any of these, generalizing from Wuhan labs to all labs, could be the possible cause of a future spillover. What measures, therefore, ought to be taken to close or at least severely restrict these possible pathways? The authors of the letter do not say.

While the signatories urge that a new inquiry be undertaken because “Finding the origins of SARS-CoV-2 is critically important to both better addressing the current pandemic and reducing the risks of future ones”,  they offer no explanation for how identifying the specific actual causes of this pandemic will help reduce the risk of future ones; (there are multiple possible causes of zoonotic spillovers, and those involved in a future spillover may be different from the causes underlying the current one.) What’s more, it is unclear how finding the origins of SARS-Cov-2 will help better address the current pandemic; (discovering the ingress point for a mouse into your house won’t help catch it.)

The cause of the pandemic, not the original outbreak, but the development of a potentially controllable zoonosis into an outbreak of global reach, is already known: It was the failure of the United States and its allies to take quick and decisive action in February 2020 at a time the catastrophe in embryo could have been aborted. Rather than mobilize public health measures to extinguish small fires and prevent their spread, as Beijing did, the United States, and countries that followed its lead, did precious little, unwilling to disrupt business activity and the continued tranquil digestion of profits. It is US and allied non-feasance—that is, human inaction—that transformed a preventable catastrophe into a full blown calamity that so far has produced over 3.7 million deaths.

As the editor of the British medical journal The Lancet, Richard Horton, recalled: “The United States of America wasted the whole of February and early March before they acted. That is the human tragedy of COVID-19. Thanks to the work of Chinese doctors and scientists working in international collaborations, all of this info [showing a deadly virus had emerged that had no treatment and could be passed between people] was known in January but for reasons that are difficult to understand, the world did not pay attention.”

But Horton had offered a clue as to why Washington failed to act, in an editorial he wrote for The Lancet.

“The degree to which the USA stalled in taking aggressive action to curtail the spread of COVID-19 is directly the product of an administration marked by consistently poor timing, intent on making decisions in favor of economic interests instead of those that are guided by science and to protect health. The rush to reopen the country [put] dollars over deaths.“

Zoonotic spillovers in nature may be infrequent, but they do occur. So, too, do lab leaks. To be sure, measures need be taken to reduce these events. But the events by themselves do not inevitably precipitate pandemics. Pandemics, like conflagrations, require a spark, but also kindling, and at times, firefighters who fail to act.

An unrestricted international investigation, guided by the goal of learning how to better address the current pandemic and reduce the risks of future ones, unquestionably needs to be undertaken. But the investigation, if it is to be meaningful (and not a fishing expedition to gather data with the aim of pillorying a near-peer competitor), must inquire, not into what we already know—that certain events are possible causes of zoonotic spillovers—but into what we are not clear about, namely, the institutional forces that stopped the United States and its followers from acting decisively to avert an impending public health disaster. In other words, the inquiry must identify why the United States, and many other countries under its sway, followed not the dictum, public health is the highest law, but the principle, private profit is the highest good.

It is the answer to that question that must be known if we are to reduce the risk of future pandemics and better address the current one. 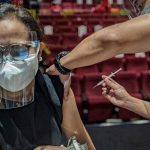 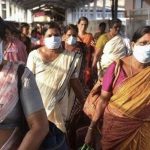