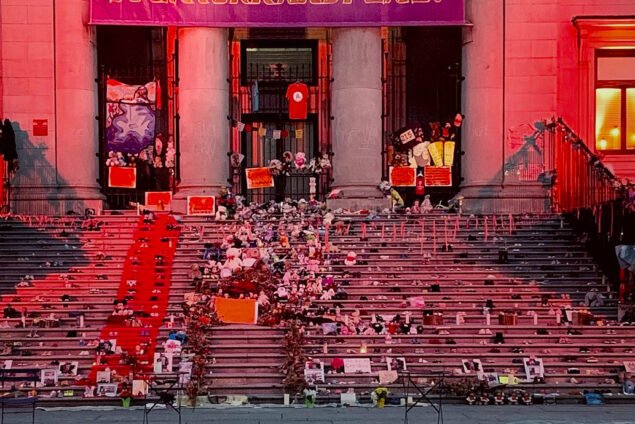 Memorial outside the Vancouver Art Gallery for the Indigenous children who died at residential “schools” (Edna Winti: Flickr – cropped)

Mainstream society has responded with shock and horror to the recent identification of the unmarked graves of hundreds of Indigenous children on the grounds of two former Indian residential schools…
It’s time to stop pretending Canada didn’t already know about the thousands of dead Indigenous children.

Mainstream society has responded with shock and horror to the recent identification of the unmarked graves of hundreds of Indigenous children on the grounds of two former Indian residential schools.

That response is pathetic.

Indigenous people’s hearts and souls have been breaking for generations. Our hurt and our anger has been bubbling for ages. While most compassionate people grieve with us, the majority of Canadians still remain unaware of the truth about their country.

How can anyone claim they have never heard of the Indian residential school system? Or not know that there are thousands of Indigenous children buried in unmarked graves throughout Canada? The Truth and Reconciliation Commission (TRC) travelled across Canada for seven years. There was news coverage. Millions of dollars were spent. That alone must have caught some attention!

The TRC’s work was also televised and a large conference took place in Ottawa to present the TRC’s final report and aptly named “Calls to Action.” But from reactions on mainstream news outlets, it is evident that most journalists and politicians alike probably never read the report. If they did, they would know the traumatic horrors that multiple generations of Indigenous Peoples have carried all this time.

Out of sight, out of mind — a court-ordered apology and a compensation package should make it all go away, right?! Indigenous Peoples have known for many generations that there are many unmarked graves of Indigenous children scattered across Canada. Their little bodies knowing only anguish in their short lives, thrown in unmarked pits at the hands of their “caretakers.” An act condoned by Canada.

The Indian Act remains the praxis of Canada’s relationship with First Nations.

The Indian residential schools were intended to erase Indigenous identity. The word “education” can only be loosely associated with these schools. Many were little more than work camps. All of them were a crime against humanity. It hurts to think of our ancestors, our family members having suffered so much. The TRC has documented survivors’ stories for all the world to read. Its report stands witness to the horrors inflicted upon Indigenous children through state-sanctioned genocide.

What most of Canadian society fails to realize is that the very law that created the residential schools, and allowed this genocide to continue for so long, continues to exist today. The Indian Act remains the praxis of Canada’s relationship with First Nations.

Meanwhile, as Indigenous Peoples have our breath taken away by the grief that torments us, we know that there are thousands of other children buried in unmarked graves on the grounds of former residential schools across Canada. As these unmarked grave sites are located, the grief that we have carried for all this time will resurface. That overwhelming grief will invoke anger and feelings of powerlessness.

To my Indigenous relations, I want to say that everyone needs a time to grieve. Make sure to remember that self-care is important during these traumatic times.

Since I was a child there seemed to be this silent rule that we were less valuable, less worthy and less human than everyone else. We felt safer in our communities than outside them. Despite the dysfunction inside our own communities, there was also a feeling of togetherness. My generation heard our ancient and precious languages being spoken among our parents and elders. I fear that I was one of the last generations to be so privileged to have heard the ancient language of my ancestors: it is for me a precious gift.

Each Onkwehón:we (Indigenous person) has family members who never returned from residential school. We may never know what happened to them. As traumatized people, we hold our breath as we listen intently to these stories, as our anger boils inside our blood. We retreat to a place we have found ourselves in far too often. We are treated as if we are invisible, disposable, violable, as if we can take more of that hurt and trauma and carry on. Why not?

Erasure of Indigenous Peoples’ history is the standard; evidence of Canada’s genocidal acts is insidiously washed away. Except now those children’s bodies are speaking and asking to be heard.

This racist norm is so deeply entrenched within Canadian society that the public has little appreciation or understanding of the importance of teaching this part of Canada’s colonial history. In fact, it is rarely and barely taught in the present-day school curriculums in Canadian schools. The public and even some Indigenous people seem to be unaware of the existence of these gravesites holding the little bodies of Indigenous children whose names and stories are unknown. For seven years, the TRC bore witness to the hundreds of thousands of Indigenous peoples baring their souls about the atrocities that happened at the hands of their caretakers, condoned by the state.

The residential schools are a central part of the history that helped shape Canada and its provinces. Every child should know this history. It’s not just systemic racism that we must try to tackle together; we must expose and uproot the racist norm upon which this country was founded.

During Stephen Harper’s time as prime minister, his government refused to provide the TRC commissioners documents from the residential schools, and instead destroyed them. The current Liberal government also did the same. Erasure of Indigenous Peoples’ history is the standard; evidence of Canada’s genocidal acts is insidiously washed away. Except now those children’s bodies are speaking and asking to be heard. And we, their descendants, must listen and honour their memory by exposing the cause of their deaths, and ensuring that all of Canada and the world know. This part of Canada’s history must be taught.

Public ignorance and disassociation from the plight of Indigenous Peoples means that Canadians fail to hold their own government accountable for what will be done. It’s the government’s duty to right this wrong … isn’t it?! And so we are once again plagued by society’s apathy, our history once again buried beneath the waves of sound bites and media propaganda until the next gravesite is found.

In order to heal from trauma, the event that causes you harm must stop; you must be removed from the situation of ongoing harm to bring your spirit peace, love and a feeling of self-worth. Yet, suffice to say, we are nowhere near removed from the ongoing effects of genocide. Traumatized by the thought of our relatives, children, kidnapped and taken far from their parents and community, never to return home.

As we remain immersed in a racist system under the Indian Act, we try to survive. Colonization’s cruelty as it rebrands itself.

Over the past three decades of being an activist, I have witnessed a roller coaster ride of Canadians rising up to the challenge of righting the wrongs committed against Indigenous Peoples. As an elder from my community, Hilda Nicholas, reflected on the day of the Indian residential school court-ordered apology, it took over 100 years for the damage to our languages, our peoples to occur; it will take 100 years for us to undo the harm to us.

… Land Back, languages restored and traditional Indigenous laws and self-determination respected. Nothing less will do.

With the many harms continuing today — the destruction of our environment, the persistence of colonial laws that criminalize Indigenous land defenders, more Indigenous children in the child welfare system than went to residential school, persistent land theft for resource development and urban sprawl — the decolonization process to help Indigenous peoples heal from genocide has yet to start.

The insidious Indian Act remains a tool to control the Indigenous population or, as Duncan Campbell Scott, a key architect of the residential school system, said, “to get rid of the Indian problem.”

We are not a problem; we are human beings. The sooner this is realized, the sooner we can implement an education curriculum that will safeguard against present and future generations making the same apathetic mistake of not recognizing when a crime against humanity occurs.

Peace is something that is difficult: it requires work, it requires the courage to forge ahead in uncomfortable discussions, it demands reparations for the harms of the past. This leads to Land Back, languages restored and traditional Indigenous laws and self-determination respected. Nothing less will do.

Ellen Gabriel has been an Indigenous human rights and environmental activist since 1990. Her honourable work as a spokesperson for the Kanien’kehá:ka Nation during the “Oka Crisis” brought her into the public eye and was only the start of her activism. Since then, she has continuously fought for Indigenous rights to self-determination, cultural and language rights and Indigenous women’s rights. Ellen is an artist with a BFA from Concordia University, majoring in Studio Art. She is a board member of the Mohawk Language Custodian Association working to preserve the language, and is part of Indigenous Climate Action’s steering committee. 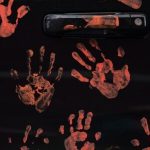 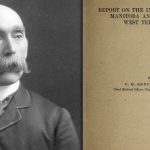