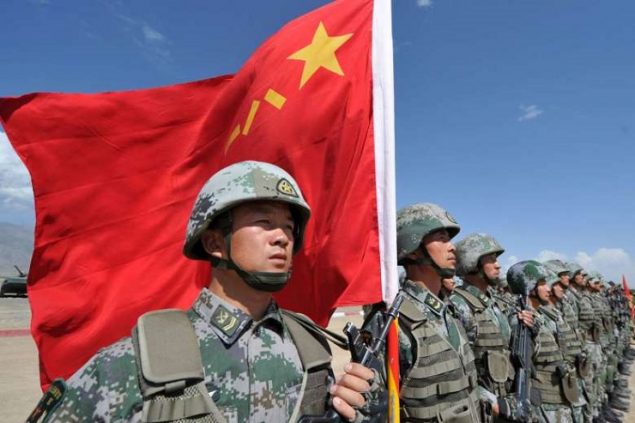 In the last two decades, China has not gone through the extreme agony, as Russia did during the era of the so-called Perestroika, and Yeltsin’s lunacy. However, before President Xi came to power, inequality was growing, and Chinese people were beginning to demand more Communism, not less.

When visiting China, when working there regularly, things all of a sudden appear to be extremely familiar.

I feel here like I did in Russia, during the end of the reign of Boris Yeltsin.

Many people then, used to welcome everything European and North American with open arms. All that the Soviet Communists used to say was suddenly considered wrong; all that the West bombarded people of Eastern Europe with, was taken as a pure gold. Individuals questioning the Western narrative were considered purely ignorant.

We all know what followed: workers and miners had to block railways tracks, because their wages were not paid for months, even years. Grandmothers were tortured, literally ironed, so they would reveal passwords to their bank accounts. People were dying behind closed doors, many freezing to death in sub-zero temperatures. Life expectancy dropped to that of Sub-Saharan Africa. Everything was privatized.

That was precisely what the West wanted: Russia on its knees, open to monstrous plunder.

How do I know? I was in New York, studying film, and supporting myself as a high-level simultaneous and consecutive interpreter. ‘I was there’, during the ‘negotiations’, during all that filth.

At some point, I almost blew out my brains, dropped everything, and ran to Peru, to cover the ‘Dirty War’.

Luckily for Russia, this madness and unquestioning obsession with everything coming from the West, did not last very long. Russia reflected, understood, and rose from its knees. It is not perfect, as nothing in this world is, but it is great again.

China now is somewhere “there”, where Russia was, during the months when President Putin came to power. All over that enormous and deep nation, it is nothing less than a national awakening.

After years, even decades, hundreds of millions of Chinese people have been greatly influenced by Western propaganda, even directly infiltrated by Western NGO’s, government agencies, academia, art institutions and mass media outlets.

In the last two decades, China has not gone through the extreme agony, as Russia did during the era of the so-called Perestroika, and Yeltsin’s lunacy. However, before President Xi came to power, inequality was growing, and Chinese people were beginning to demand more Communism, not less. The ancient Chinese concept of “Heavenly Mandate” kicked in, and the population received precisely what it was asking for: Chinese growth has slightly slowed down, and has been replaced with noble goals such as the eradication of poverty by 2020, Ecological Civilization, a Socialist society with Chinese characteristics, as well as the monumental overhaul in areas such as public transportation, city and rural planning, culture, education and health.

But the damage inflicted by Western propaganda and information/ideological warfare, has already been done. London and Washington have achieved their main goal: Chinese people stopped believing their own eyes, ears and other senses. The better their lives were becoming, the less they attributed it to the political system, and especially to the Communist Party of China (CPC). Not all, but some people did.

When I spoke at various Chinese universities, or interacted with Chinese people, explaining to them how Western imperialism and propaganda function, all over the world, I often encountered simple, naive replies: “No, this cannot be happening. Westerners are good, gentle, kind people. They would never harm anyone.”

It often went so far, that some Chinese people I was interacting with, were denying the horrors of Western colonialism, neo-colonialism and imperialism, which has terminated hundreds of millions of human lives, throughout many centuries, on all continents.

The Communist Party of China was speaking about such events, and since the West told Chinese people, particularly the young ones, that believing the Party was too “old-fashioned” and “uncool”, they out-rightly rejected the totally verifiable and truthful claims.

A paradox, but a paradox which I have been observing all over the world. Western lies and propaganda are too professional, and too well packaged and sponsored.

Now, China is slowly waking up. And its people see: the world around them is a nightmare.

“They were lying to us,” I hear all around the country. And by “they”, people do not mean the Communist Party, but the West.

“They were never our friends,” people further lament. “They never meant well.”

When it became obvious that ideological infiltration, propaganda and “soft power” will not be able to overthrow, or even derail the extremely successful Chinese system, the West has gone ‘hardcore’, or at least, “semi-hardcore” (for now).

US NAVY fleets began sailing near Chinese shores and islands, openly provoking the most populous nation on earth. Allies of the West, neighbors of China, began aggravating Beijing. Taiwan got a huge diplomatic and military boost from Washington, and the Uyghurs were injected into several warzones all over the world, controlled by Islamic terrorists, in order to, one day soon, return to China and disrupt the Belt and Road Initiative (BRI) in the country. Hong Kong’s ninja-looking youngsters received a huge brainwashing makeover, as well as enormous ideological training, support, money, and “friends”, such as fascist Ukrainian groupings.

And so, recently, Chinese citizens were forced to open their eyes and realize that their peaceful country is actually at war! Attacked by those lovely, ‘democracy and freedom loving Westerners’, by the very people they thought were always telling them the truth.

And that it is not just a regular war. Shrapnel is not flying; not yet. But Chinese officials are getting arrested, a trade war is raging, while the tremendous military might of the most aggressive nation on earth, is getting closer and closer to China’s territory. The smearing, anti-Chinese campaign, is getting more and more aggressive.

And some are finally asking “Why?”

The only answer is, actually simple: “the People’s Republic of China, under the leadership of the Communist Party of China, has given birth to a much better, much more humane and social (as well as economic), system, than the West has ever done!”

And, no one in the West is celebrating this success. In fact, the better China does, the more it will be intimidated, attacked and tormented.

Such an awakening is very brutal. But it is important; necessary.

If China falls, the entire planet will lose.

That is precisely what Washington, London and other Western capitals want. Their logic is very simple; one could say primitive: If Beijing and Moscow lose, they will gain.

If China and Russia were to follow the same “logic”, they could collapse Western economies in a matter of weeks. But they care for the future of the world. This is not about winning or losing, for them.

The West is taking advantage of the wisdom of its adversaries. It sees farsightedness as weakness. It is pushing, pushing very hard.

China and Russia are patient; they are negotiating, using diplomacy.

But for how long? In Hong Kong, and at the Ukrainian-Russian border, people are already dying; they have been for months and years.

One wrong move, one terrible error, and China may retaliate against the endless US aggressions. It doesn’t want to, but it has full right to do so. 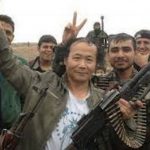 The Uyghur issue: how dare the US lecture China about the rights of Muslims?Andre Vltchek, China, Uyghurs 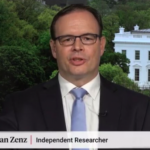