The degradation of the media is illustrated by the ignorant nonsense published in even the most “respectable” publications.

Foreign Affairs is the publication of the elitist Council on Foreign Relations, a collection of former and current government officials, academics, and corporate and financial executives who regard themselves as the custodian and formulator of US foreign policy. The publication of the council carries the heavy weight of authority. One doesn’t expect to find humor in it, but I found myself roaring with laughter while reading an article in the February 5 online issue by Alexander J. Motyl, “Goodbye, Putin: Why the President’s Days Are Numbered.” 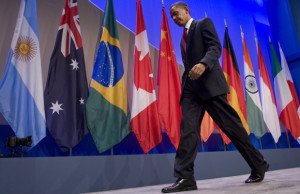 I assumed I was reading a clever parody of Washington’s anti-Putin propaganda. Absurd statement followed absurd statement.  It was better than Colbert. I couldn’t stop laughing.

To my dismay, I discovered that the absolute gibberish wasn’t a parody of Washington’s propaganda.  Motyl, an ardent Ukrainian nationalist, is a professor at Rugers University and was not joking when he wrote that Putin had stolen $45 billion, that Putin was resurrecting the Soviet Empire, that Putin had troops and tanks in Ukraine and had started the war in Ukraine, that Putin is an authoritarian whose regime is “exceedingly brittle” and subject to being overthrown at any time by the people Putin has bought off with revenues from the former high oil price, or by “an Orange Revolution in Moscow” in which Putin is overthrown by Washington-orchestrated demonstrations by US-financed NGOs as in Ukraine, or by a coup d’etat by Putin’s Praetorial guards.  And if none of this sends Putin goodbye, the North Caucasus, Chechnya, Ingushetia, Dagestan, and the Crimean Tarters are spinning out of control and will do Washington’s will by unseating Putin. Only the West’s friendly relationship with Ukraine, Belarus and Kazakstan can shield “the rest of the world from Putin’s disastrous legacy of ruin.”

When confronted with this level of ignorant nonsense in what is alleged to be a respectable publication, we experience the degradation of the Western political and media elite.  To argue with such nonsense is pointless.

What we see here with Motyl is the purest expression of the blatant propagandistic lies that flow continually from the likes of Fox “News,” Sean Hannity, the neocon warmongers, the White House, and executive branch and congressional personnel beholden to the military/security complex.

The lies are too much even for Henry Kissinger.

As Stephen Lendman, who documents the ever growing anti-Russian propaganda, honestly states: “America’s war on the world rages. Humanity’s greatest challenge is stopping this monster before it destroys everyone.”

The absurdity of it all!  Even a moron knows that if Russia is going to put tanks and troops into Ukraine, Russia will put in enough to do the job. The war would be over in a few days if not in a few hours.  As Putin himself said some months ago, if the Russian military enters Ukraine, the news will not be the fate of Donetsk or Mauriupol, but the fall of Kiev and Lviv.

Former US Ambassador to the Soviet Union (1987-91) Jack Matlock cautioned against the crazed propagandistic attack against Russia in his speech at the National Press Club on February 11.  Matlock is astonished by the dismissal of Russia as merely “a regional power” of little consequence to the powerful US military.  No country, Matlock says, armed with numerous, accurate, and mobile ICBMs is limited to regional power.  This is the kind of hubristic miscalculation that ends in world destruction.

Matlock also notes that the entirely of Ukraine, like Crimea, has been part of Russia for centuries and that Washington and NATO have no business being in Ukraine.

He also points out the violations of promises made to Russia not to expand NATO eastward and how this and other acts of US aggression toward Russia have recreated the lack of trust between the two powers that President Reagan worked successfully to overcome.

Reagan’s politeness toward the Soviet leadership and refusal to personalize differences created an era of cooperation that the morons who are Reagan’s successors have thrown away, thus renewing the threat of nuclear war that Reagan and Gorbachev had ended.

Paul Craig Roberts was former Assistant Treasury Secretary under Ronald Reagan, a Wall Street Journal Associate Editor/columnist, and holder of numerous academic appointments, including the William E. Simon Chair, Center for Strategic and International Studies, Georgetown. His most recent books are The Failure of Laissez Faire Capitalism and  How America Was Lost. 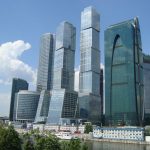