Was the joint investigation team’s work on the MH17 tragedy adequate at all? 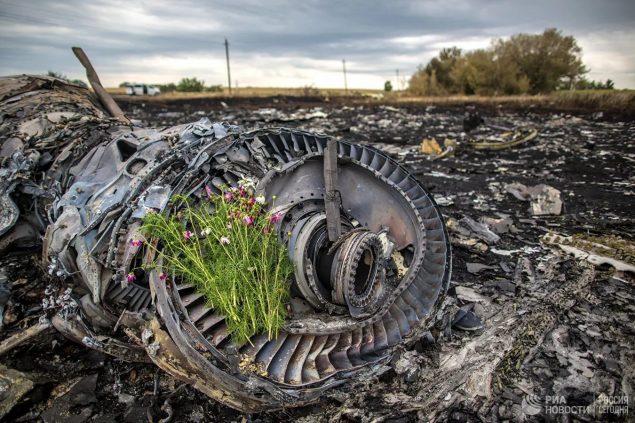 Dutch Military intelligence has been completely incapable of finding any Buk air defense systems that could bring down the Malaysian Boeing that crashed near Donetsk in 2014. This was covered in an article titled “WAS MH17 NOT PROPERLY INVESTIGATED?” by investigative journalist and the author of the documentary regarding the crash, Max van der Werff.

The documents published by van der Werff include a a letter dated September 21, 2016 from the Department of Legal Affairs of the Netherlands Military Intelligence Service (MIVD) addressed to the state prosecutor’s office, according to which the MIVD checked whether the Buk system could be involved in the MH17 crash.

One of the documents is a ‘Record Of Interview’ (ROI) between an officer of the Australian Federal Police and German journalist Billy Six, which can be read in its entirety. [pdf]

In the interview Billy Six spoke of specifically where the alleged Buk missiles needed to be located, as well as other people involved as witnesses.

He also said that he had seen images of Ukrainian military planes, thus this was evidence that the people were “very well settled” they had technology to take adequate photographs. So it was puzzling that there was no Buk vapour trail or no footage of the launching of any Buk missile.

Separately, the text speaks of 11 points where in June and July 2014, when the tragedy occurred, the Ukrainian Buk missile systems (eight locations) and the Russian (three locations) were located. According to intelligence, all 11 complexes were at least 66 kilometers from the crash site, and three identified Russian complexes were in Russia. 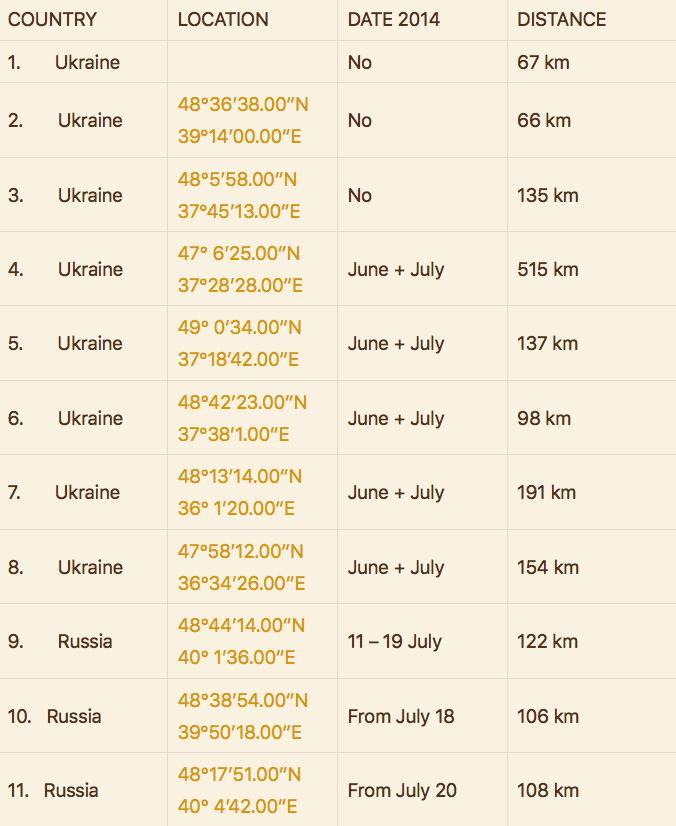 From the table it becomes apparent that flight MH17 was flying beyond the range of all identified and operational Ukrainian and Russian locations where 9K37M1 Buk M1 systems were deployed.

“In view of the locations of the systems identified and the speed with which these can be moved, as well as the nature, development and conflict and border zone of the fight against the separatists on July 2014 it is unlikely that a 9A310M1 launch vehicle originating from the Ukrainian armed forces could have been moved in time for flight MH17 to come within its range and be hit,” van der Werff concluded.

Furthermore, the author asked the question of how credible it is that Ukraine kept almost all its Buk systems at their bases and did not at any moment during the ‘Anti Terrorist Operation'(ATO) move its air defense assets to mobile locations outside their bases?

“How likely is that, knowing 12 July 2014 Ukrainian air defense forces have been put on full combat alert?”

The documents further state that the intelligence “examined other ground-based air defense systems present in the region in July 2014 and which, in terms of operational deployability, technical specifications and location, could have shot down the MH17 aircraft.” According to the document, this relates to Ukrainian air defense systems S-300PS Volkhov M-6, as well as the S-300PM2 Favorit system, which is in service with Russia.

Regarding that, the journalist concluded the following:

The document further notes that the only identified complex “having a wide enough range” to bring down this aircraft is two S-300PM2 Favorit systems of the Russian Armed Forces, located near Rostov-on-Don.

MIVD does have (partner) information that would indicate the use of the 36N85 (referred to as TOMB STONE by NATO) fire control radar for the guidance of and/or launch of a surface-to-air missile from the 48NS series (referred to as GARGOYLE by NATO) on 17 July 2014.

These locations are in the immediate vicinity of large population centres and the launch of a missile would most likely have led to messages on social media or other public media. MIVD is not aware of such publications.

Van der Werff himself, analyzing the above facts, concluded the following:

“The Dutch Military Intelligence and Security Service on 21 September 2016 (ONE WEEK before the JIT press-conference on 28th September 2016!) had no information from any reliable source that any Russian Buk-M1 had crossed the border with Ukraine during any time during the conflict.”

And it all returns to the question in the title:

“Coming back to the question raised at the beginning of this article: was MH17 properly investigated?

From the analyses I conducted over the years I have substantiated doubts and the content of the freshly leaked information from these four documents only makes my doubts stronger.”

The investigation by van der Werff leads to three key takeaways from the entire “investigative work” carried out by the Dutch-led team:

1. The documents are highly likely hiding the positions of the Ukrainian Buk systems, since there are numerous photographs and footage showing such systems at the front line.

2. If there is a list of the precise document locations of Donetsk, Luhansk and Russian Buk systems, why did the investigation team not publish them, and show that, in fact, there was no way for any of the systems to take out the Boeing 777?

3. Most importantly, it appears that as the evidence piles up, it becomes clearer that there is no interest in an objective and factual investigation into the tragedy.

Towards an alternative international investigation of Flight MH17?