Russian President Vladimir Putin’s abrupt announcement that Russia would begin “the withdrawal of the main part” (?) of its military “contingent” (?) from Syria has been widely seen not only as a welcome surprise, but also as a hopeful fillip to serious negotiations to end the carnage in what is left of that beleaguered country. 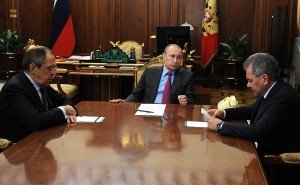 As always, a modicum of skepticism is warranted the “morning after”, but the pledge to pull out the bulk of the Russian force seems genuine and, at this writing, the withdrawal is already under way.

Putin’s announcement appears to mark the beginning of the end of Russia’s key but limited military intervention – the game-changer that started on Sept. 30, 2015 with Russian air strikes that enabled the Syrian army to regain lost ground, sever jihadist supply lines to Turkey and drive rebels from hundreds of towns and cities.

Putin was clear in noting the Russian military presence that will remain in Syria, but was not so clear on its future use: “Our naval base in Tartus and airbase at Khmeimim will operate ‘as usual’. (?). They are to be safely protected from land, sea, and air.”

This formulation presumably would allow for continued airstrikes on designated terrorist groups like the Islamic State and Al Qaeda’s Nusra Front, including during the current “cessation of hostilities” negotiated by the U.S. and Russia. Putin’s phrasing may also be viewed as a warning against Turkey and/or Saudi Arabia not to act on recent threats to invade Syria.

That said, many knowledgeable observers have expressed surprise that the partial cease-fire that went into effect on Feb. 27 has largely held. Plus, the rate of airstrikes reportedly has plunged since then.

With all due respect to Yogi Berra’s dictum – “It’s tough to make predictions, especially about the future” – Putin’s withdrawal order constitutes Part Two of the game-changer put in play five and a half innings ago last September. Thus, it is now doubly the case that “The future ain’t what it used to be.” In essence, the ball is now bouncing around in President Barack Obama’s infield.

A great deal will depend on whether he will risk incurring the wrath of “allies” – wealthy arms customers like Saudi Arabia, Qatar and Israel – as well as unpredictable Turkey – an actual NATO ally (sans-quotation-marks), by applying unstinting pressure to get them to stop supporting terrorists in Syria.

On Monday, Putin said he considered the tasks given to the Russian defense ministry last September, “as a whole” (?), fulfilled. He had defined those tasks on Oct. 11, 2015, on Russian TV: “Our objective is to stabilize the legitimate authority [in Syria] and create conditions for a political compromise.”

Russia’s armed intervention did strengthen the position of Syrian President Bashar al-Assad, but – not surprisingly – political compromise toward peace remains elusive. Still, the altered circumstances have advanced the peace process, in part, because Moscow’s intervention last fall was met with a clear-headed response from President Barack Obama, who chose to see a glass-half-full in Russia’s intervention.

It was no secret that one key Russian aim was to rescue Assad from a possible defeat at the hands of the jihadist “Army of Conquest” freshly armed by Saudi Arabia and Turkey, including with U.S.-made TOW missiles. But even benighted White House advisers seemed able to discern that the devil-they-knew (Assad) might be preferable to the cutthroats of Islamic State (also known as ISIS or ISIL) or Al Qaeda’s affiliate, Nusra Front.

To his credit, Obama bet on the possibility that Russian airstrikes would also help thwart further ISIS gains and perhaps even help lead to serious negotiations. Thus, Obama instructed Secretary of State John Kerry to (1) forgo the poison-pill “Assad-must-go” precondition to talks on Syria’s future; (2) set a place for Iran at the table; and (3) collaborate closely with Russian Foreign Minister Sergey Lavrov to “deconflict” airstrikes over Syria and redouble efforts to get serious negotiations under way.

With uncommon speed, a meeting attended by representatives of 19 regional and global powers (including Iran) was held in Vienna on Oct. 30, 2015, one month after the Russian airstrikes began; on Dec. 18, the UN Security Council unanimously approved a road map and timeline for talks on Syria; and on Feb. 1, 2016, indirect talks between Syrian government and opposition leaders took place in Geneva, mediated by UN Special Envoy for Syria, Staffan de Mistura.

Those Geneva talks made zero progress; they were quickly suspended and resumption was put off for several weeks. They got under way again on Monday, which was not only the day Putin chose to announce the Russian withdrawal, but also the day that unarmed street protests broke out five years ago in Syria and were cruelly crushed by Assad’s security apparatus.

Just as Moscow’s military intervention put Assad back on his feet, the Russian pullout is likely now to make him wobblier, and Moscow may hope the withdrawal will put additional pressure on him to be more willing to compromise. One positive sign has come from those Syrian opposition leaders who have already voiced cautious praise for the Russian withdrawal.

The telephone conversation between President Obama and President Putin on Monday evening [Associated Press, March 14] suggests that they remain willing to build on the cessation of hostilities and lean on their respective clients to negotiate in good faith, even though the obstacles remain formidable.

For example, Foreign Minister Lavrov had this to say on Monday about the resumption of the talks in Geneva: “The work is not easy; it is yet to be understood how all these groups [taking part in the intra-Syrian talks] could gather at the same table together … but the process has gotten under way, and it is in our common interests to make it sustainable and irreversible.”

And according to the Russian news agency TASS, President Assad has told President Putin by telephone that he is ready to start a political process in Syria as soon as possible and that he hoped that eventual full-scale UN-mediated talks between Syrian government and opposition representatives in Geneva would produce concrete results.

Putin is gambling that the interested parties – first and foremost, the U.S. – will put the heat on those over whom they have influence to make the cessation of hostilities stick and cooperate in thwarting the aims and actions of ISIS and Al Qaeda.

Russia’s decision on a troop pullout having been unilateral, Putin retains the option to reinsert Russian forces should the gamble fail. It seems clear that he would prefer not to have to do that. And he is unlikely to do that, short of a rapidly growing threat from terrorists, trained and equipped for violence in Syria, returning to stir up trouble in Russia.

Putin is acutely aware of quagmires. The Soviet Union got bogged down in one in Afghanistan and, of course, he has watched what he calls “partners” get stuck there as well – not to mention Iraq, or Syria, or Libya – much less Vietnam. Last October, when President Obama and Secretary Kerry chose to warn Putin about quagmires, I can imagine the look on the Russian president’s face.

The Russian withdrawal bespeaks an understanding that risky gambles are less to be feared than quagmires – the more so since Moscow lacks one of its “partner’s” seemingly inexhaustible source of funding for its military escapades that result in quagmires. Indeed, Moscow has already announced a five per cent cutback in military spending for this year.

Typically, when responding to provocations (like the February 2014 coup in Ukraine) from “partners,” as well as to other dangers to Russia’s security interests, Putin has displayed a notable penchant for heeding dicta more contemporary than those of Yogi Berra. One of them seems to be President Obama’s favorite motto: “Don’t do stupid stuff.”

Ray McGovern works with Tell the Word, a publishing arm of the ecumenical Church of the Saviour in inner-city Washington.  During his 27-year career at CIA he was chief of the Soviet Foreign Policy Branch and prepared the President’s Daily Brief for Presidents Nixon, Ford, and Reagan. He is co-founder of Veteran Intelligence Professionals for Sanity (VIPS).

… The U.S. is, to its shame, more or less allied with the allies of al-Qaeda in Syria, as though Washington learned absolutely nothing from the 1980s in Afghanistan. Groups such as the Freemen of Syria ought to have [sic] relinquished their al-Qaeda ties before being rehabilitated in Washington. And, imagine, all this happened because al-Qaeda couldn’t stand the civil revolutionary Syrian flag. 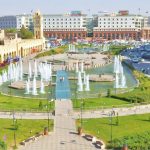 ﻿The Kurds should prepare themselves for yet another betrayalMultipolarity 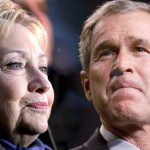