Introduction by New Cold War.org, Feb. 28, 2015–In February 2012, Russian President Vladimir Putin spoke to a public forum that was video recorded. In one segement, in response to a question from the audience, he spoke of his concern that violent, provocative acts would be employed to destabilize Russia, including by forces working from abroad. Tihs forum took place one year before the political explosion in Ukraine which outsted that country’s elected president.

The one-minute segment of the video recording and the translation into English was prepared by the website ‘Vineyard of the Saker‘.

Vladimir Putin speaks in Feb. 2012 on the danger of violent provocations designed to destabilize Russia

One thing needs to be kept in mind concerning the recent Nemtsov murder: he was a politician way past his prime. His political weight was low even within the Russian opposition, which as a whole is extremely weak right now; for most people, this assassination is the first time they’ll hear about Nemtsov in a year or more. Many even argue that Nemtsov was a “decorative” asset for Putin as a stable, familiar, relatively honest but powerless opposition figure.

In short, this makes no sense, sort of like murdering Ross Perot in the USA.

For Putin, Nemtsov as a martyr is a far, far bigger problem than he ever was alive. If not within Russia itself, where most people seem to be baffled (again, Ross Perot assassination), then on the international diplomatic and mass media stage, where people can be easily convinced Nemtsov was killed because he “was a threat to Putin”.

Make your own conclusions. 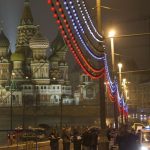 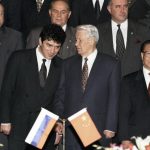