Video from eastern Ukraine: Ongoing shelling at Donetsk airport, and threats to economy 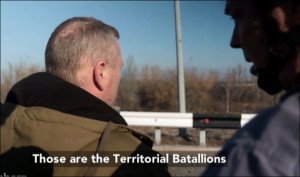 Bloomberg journalist Ryan Chilcote traveled recently with his camera to the Donetsk International Airport. His six-minute video report published on March 20, 2015 documents the destruction of the airport as well as the ongoing shooting at the airport by Ukrainian armed forces who are positioned only a few kilometers away.

Self-defense forces at the airport in Donetsk are not confident that Ukraine will respect the present ceasefire.

This video is the third and final report in a series. The previous two episodes are: