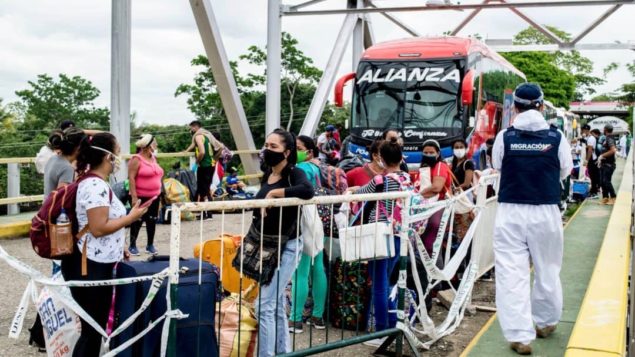 Over 70,000 Venezuelan migrants have returned to the country due to the uncontrolled coronavirus outbreaks in the neighboring countries. Venezuela has welcomed them and provided free testing and treatment

Sixty percent of Venezuela’s COVID-19 cases are in its border states of Apure, Bolívar, Táchira, and Zulia. Roughly 70,000 Venezuelans who had moved to nearby countries of Brazil, Colombia, Ecuador, and Peru (largely in response to crippling US sanctions) have returned in the last two months via these Venezuelan border states since the COVID-19 crisis exploded in their new countries. Abandoned by their new homes during the pandemic, and many of them infected there, they are now returning in large numbers to Venezuela.

As part of the US government-Lima Group offensive to overthrow the Venezuelan government led by President Nicolás Maduro, the countries that neighbor Venezuela began to welcome migrants in order to prove that the government in Caracas had failed. But as thousands of Venezuelans crossed the border at these four points—Apure, Bolívar, Táchira, and Zulia—they found themselves treated in these countries as second-class citizens. Before the pandemic, many of them were struggling with informal work and homelessness; when COVID-19 struck South America, and as the governments of Brazil, Colombia, Ecuador, and Peru utterly failed to tackle the spread of the disease, the migrants found themselves without social protection and without access to public health. Many were infected as community transmission lifted the curve of infections. Unable to get treatment in their new homes, these Venezuelans began to drift home.

But they were helped along by Colombian paramilitaries and mafia groups through the non-official borders (trochas). Freddy Bernal, who is a government representative in Táchira, said that the Venezuelan state has been trying to prevent the illegal smuggling of Venezuelans into Venezuela. The Venezuelan government welcomes its citizens, but only through a proper epidemiological screening. The smugglers, who are experienced in drug-trafficking and paramilitary operations, have used cable cars and trucks to avoid the official border checkpoints, thereby bringing Venezuelans who are infected with the COVID-19 virus into the country without allowing them to be properly screened. 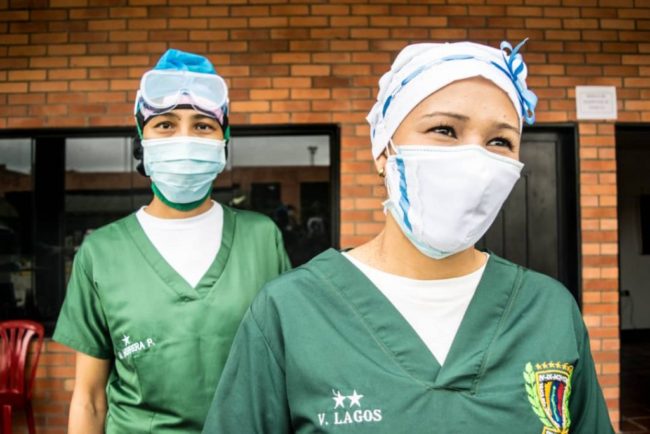 Venezuelan healthcare professionals on the border with Colombia. They carry out medical screenings and rapid COVID-19 tests. Photo: CRBZ

The numbers of those infected with coronavirus in the countries that surround Venezuela are very high: Brazil (1.28 million), Peru (272,000), Colombia (84,442), and Ecuador (53,856), with a total of more than 1.69 million people infected. Venezuela, meanwhile, has only 4,563 infected people. The reason why Venezuela’s overall numbers are low is that the government has followed the World Health Organization recommendations and employed proven methods to break the chain of infection that government officials have learned from health care workers and medical experts in China, Cuba, Iran, and Russia. Of the 4,563 cases in Venezuela, almost two-thirdsare in the border states; it is likely that the reason for this pattern stems from people who have crossed into the country from the neighboring countries unchecked. Outside the border states, COVID-19 has nearly been contained, with community transmission low and with the health care system working hard to heal the infected.

On May 21, President Maduro accused Colombia’s Iván Duque of negligence in his government’s treatment of Venezuelan migrants. Maduro said Colombia was sending Venezuelan migrants back to Venezuela on buses that had not been disinfected, and on the buses, they were not afforded the necessity of physical distancing. At the Rumichaca bridge that links Ecuador to Colombia, the Colombian police fired tear gas at Colombian and Venezuelan nationals as they tried to return to their home countries and escape the runaway pandemic in Ecuador. Unable to get bus tickets from Ecuador to Venezuela, the Venezuelan migrants were forced to gather in large groups, sleep outside, and walk—at each point putting themselves in danger of contagion. None of Venezuela’s neighboring governments offered any straightforward policy for the migrants to return home.

Instead, politicians in Colombia who are committed to regime change in Venezuela began to make the argument that it was the government in Caracas that would not take its own citizens back home. Carlos Valero, a congressman for the Un Nuevo Tiempo (UNT) party (who says in his Twitter bio that he is “working for Venezuelan migrants”), tweeted that “Venezuelans are in these inhumane conditions in public places in Cúcuta[, Colombia,] after being unable to enter Venezuela” because the Venezuelan border had been closed. This came after the Colombian government prevented its own citizens from returning home from Ecuador at the Rumichaca bridge; and it was during a period when the Venezuelan government welcomed its citizens home in the thousands. But it allowed the Colombian far right to play a political game that went along with the US hybrid war and regime change strategy. 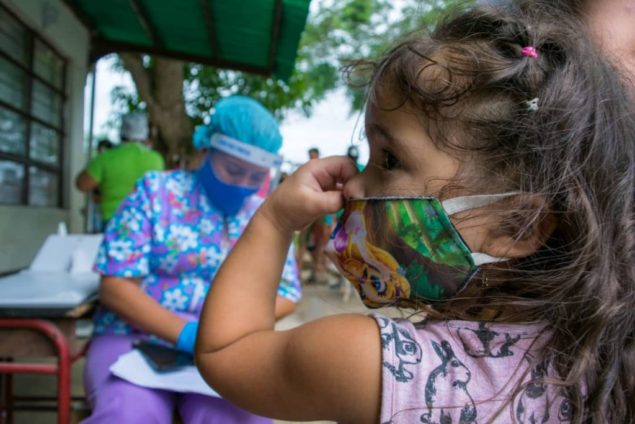 Venezuelan healthcare workers provide nutritional and health support to those who arrive at the border. Photo: CRBZ

The United States has wrongly used the ideas of the “humanitarian crisis” and the “migrant crisis” as justifications for regime change against Venezuela. There is little mention by politicians and the media of the suffering created by the US unilateral sanctions that caused Venezuelans to leave their country in the first place, or of the mistreatment of the Venezuelan migrants in the neighboring countries. Nor is there any attention to the fact that the majority of Venezuelans who left the country have returned home—or tried to.

Rather than deny Venezuelans’ return to their country, the Venezuelan government (the United Socialist Party of Venezuela), a variety of social movements (such as Red Popular de Ayuda Solidaria), community organizers, and various social missions all mobilized at the border to welcome migrants and to test them for the coronavirus. Epidemiological checkpoints were created along the border to protect the country from infection; those who tested positive were sent to health centers to be treated and to live in quarantine for two weeks. In Apure State, 300 Venezuelan and 100 Cuban medical workers created 23 Comprehensive Social Assistance Points (Puntos de Atención Social Integral, or PASI) to conduct these diagnostic tests and to ensure that infected Venezuelans are prevented from spreading COVID-19 into the general population. In this one state, there are about 3,400 people in these PASIs, where they are offered free lodging and food. These posts have been in operation for more than 100 days and have processed at least 14,000 migrants. The infected patients are treated with chloroquine and interferon. 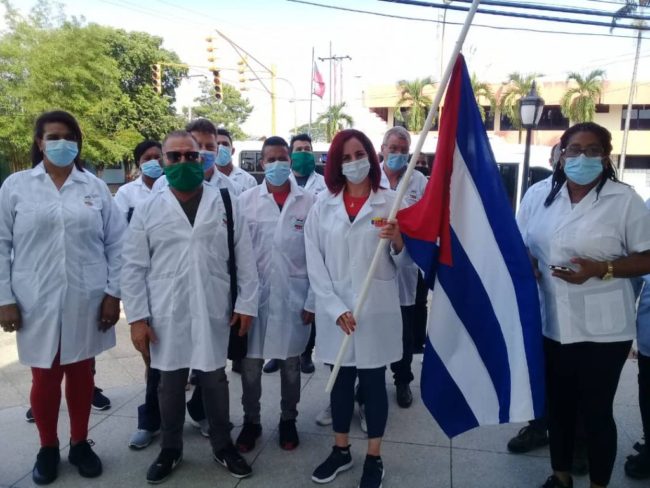 Cuban doctors have been stationed at PASIs on Venezuela’s border with Colombia to assist in medical treatment and care of Venezuelans who arrive at the border. Photo: CRBZ

Venezuela’s rate of infection remains low, despite the US unilateral sanctions that have denied the country the right to import drugs and tests for the population. On top of that, Venezuela’s neighbors have denied the basic human rights of expatriate Venezuelans and sent them—with little regard for their safety or public health, during a pandemic—back to their country of origin.

Vijay Prashad is an Indian historian, editor and journalist. He is a writing fellow and chief correspondent at Globetrotter, a project of the Independent Media Institute. He is the chief editor of LeftWord Books and the director of Tricontinental: Institute for Social Research. He has written more than twenty books, including The Darker Nations and The Poorer Nations. His latest book is Washington Bullets, with an introduction by Evo Morales Ayma.

Eduardo Viloria Daboín is a documentary filmmaker, photographer and writer. He is the national communications officer of the Venezuelan peasant movement Bolivar and Zamora Revolutionary Current (Corriente Revolucionaria Bolívar y Zamora, or CRBZ).

Ana Maldonado is in the Frente Francisco de Miranda (Venezuela).

Zoe PC is a journalist with Peoples Dispatch and reports on people’s movements in Latin America. 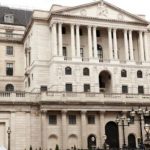 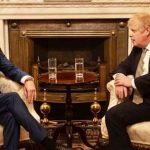