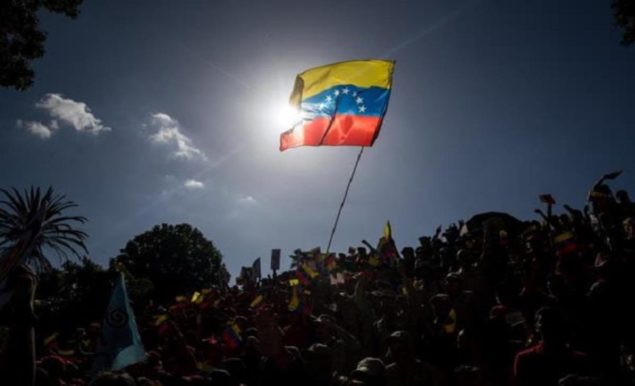 Under the Trump administration, Washington has stolen over US$30 billion from Venezuela.

He recalled that the United States has looted over US$ 30 billion from the Venezuelan people in the last 4 years.

“This is an amount that the Bolivarian government will no longer be able to spend on food, medicine, and medical supplies,” Valero said during the Council 45th ordinary session.

The U.S. also hinders the arrival of fuel to the country, as it pressures other nations not to acquire Venezuelan oil.

“Despite these aggressions, social investment in Venezuela is a priority,” Valero added as he assured that over 6 million families benefit from food distribution thanks to local supply and production programs.

In Venezuela subway workers are disinfecting carriages. A preventive action to contain #coronavirus that the international media does not want to show you.

Venezuela is fighting the virus despite the harsh sanctions the US is imposing. Lift sanctions now!pic.twitter.com/rgZv9K6R4w

The investments in the housing sector have also allowed the construction of over 3 million dignified dwellings, which have benefitted over 13 million people.

“We will continue pursuing democratic dialogue and understanding with all social sectors. We are open to constructive dialogue and cooperation,” he assured.

During the session, the UN High Commissioner for Human Rights (UNHCHR) Michelle Bachelet recognized Venezuela’s work in the security of preventive detention centers.

“Venezuela has complied with the protocols to avoid the police’s excessive use of force, and to prevent overcrowding in detention centers,” she stressed.

The High Commissioner also described the pardon granted by President Nicolas Maduro to 110 political prisoners as a “significant step in the efforts towards political dialogue.”