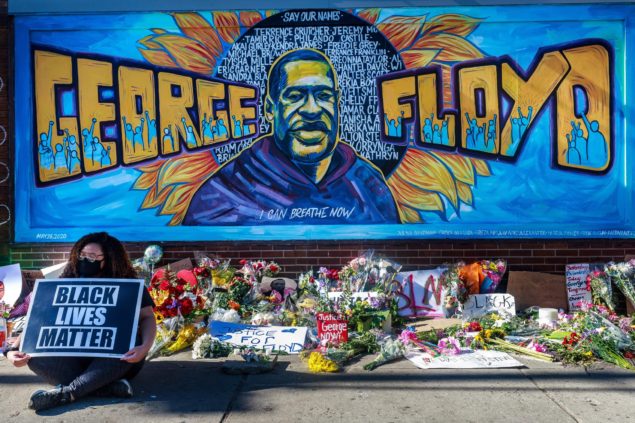 There comes a time when shooting around in circles just hits walls, bullets splinter off sidewalks, and shatter a window here and there. But people are in safety. They watch from a distance and with self-assurance.
By Peter Koenig
Published Global Research, June 7, 2020
__________________________________________
Venezuela has received five tankers from Iran loaded with hydrocarbons – petrol gas, additives – shipped through a totally US-militarized Caribbean Sea, amidst warnings of attacks and retaliations – and as usual, sanctions ’no end’. How much more sanctions can a country get?

There is an immune system, called sovereignty and fearlessness – confidence and dignity. Knowing your rights. That’s what makes the whole difference.

Granted, the tankers were escorted by the Venezuelan Navy and Air Force; especially through Venezuelan waters. And they made it undisturbed to the port of El Palito, a small Venezuelan port run by Venezuela’s state oil company PDVSA.

The American shooting didn’t take place and the event was not televised.

Another aggression against Venezuelan sovereignty is the Bank of England’s withholding totally illegally some US$ 1.2 billion worth of Venezuelan gold, deposited voluntarily by Venezuela in times of trust – as part of Venezuela’s reserve funds. With oil prices collapsed, Venezuela decided to use part of her gold reserves to purchase medication and food to counter the disastrous corona effects.

Venezuela claimed the gold deposited at the Bank of England (BoE) which offers gold custodian services mostly but not exclusively to developing nations; and so, does the New York FED and the Bank for International Settlements (BIS) in Basle and several other international institutions and central banks considered safe and trustworthy. These are legal arrangements under which the depositing country may withdraw the funds at any time and at will.

Venezuela has a sovereign right to claim these funds without any explanation or justification. The BoE refused, claiming the Government of Nicolas Maduro was not the legitimate government recognized by the UK. Can you imagine – if any government decides to confiscate funds from another government, because they don’t like its leadership — where would we end up? – Well, there is not much guessing. We are already there. The Anglo-Zionist world makes its own rules and decides over and above any international law. And the spineless European puppets follow their cue. It is high time that this matrix collapses and gives way to a civilization that recognizes the values of democracy, justice, basic ethics and human rights.

In this case, Venezuela explained that the money is needed to buy food and medication to counter the nefarious effects of COVID-19.  The UN, intervening on behalf of Venezuela, has requested the BoE to return the money. That gesture or action by the UN is in itself is an act of ‘independence’ by the UN against the US, for whom the UN otherwise does the bidding. But to no avail. The BoE didn’t release the Venezuelan-owned gold. As a compromise, Venezuela suggested that the funds be handed over to UNDP (United Nations Development Program) which would buy vital food and medication for Venezuela.

Already at the end of 2018, Venezuelan Finance Minister Simón Zerpa and Central Bank President Calixto Ortega, travelled to London to demand that Venezuela be allowed to take the gold back to Venezuela. In January 2019, the BoE refused the request. All it said publicly was that it did not comment on customer relationships. However, the real reason was clear.

The US-trained and self-proclaimed, US supported Juan Guaido, an Assembly member, who was never elected – who never faced a presidential election – asked Downing Street that the gold was not returned to the legitimate Maduro Government which Washington, the UK and other EU members, out of the blue and without any legal reasons declared illegitimate. What a world! – Imagine that some 40 or 50 countries in the world would decide that Donald Trump and Angela Merkel were illegitimately in their high offices. Well, you laugh. It would never happen.

Under pressure from Washington, and her own neofascist government, the UK and her central bank didn’t budge. The case was brought on May 14, 2020, to a Court in London. A Venezuela-favorable judgement is however unlikely. The case will then go to the International Court of Justice in The Hague. Will the ICJ have enough backbone to decide against Washington? That  remains to be seen. It would be another sign that Trump’s last trumps are gone.

On yet another account, the Trump Administration has seized all Venezuelan assets in the US, including in 2018, the CITCO refinery and gas station network, in a further attempt to hurt their self-made archenemy, socialist Venezuela. CITCO’s assets in the United States, are estimated at about 8 billion dollars, plus about 30 billion dollars of annual revenues. CITCO covers about 10% of the US domestic gasoline market. Overall Venezuelan assets confiscated – or more accurately described as stolen – in the US and overseas are estimated at about 50 to 70 billion dollars.

In addition to other strangulating sanctions and coercive actions by Washington against Venezuela, just think what these illegally US-appropriated funds could do to ease living conditions of Venezuelans whose hardship has exclusively been brought about by Washington and Washington’s coercion of its so-called western allies – alias vassals, especially Europe – to economically sanction Venezuela. A hardship being exacerbated by the Covid-19 crisis. Mind you, Venezuela has done no harm, has never threatened any of the countries that follow the US dictate on “economic sanctions”.

Yet, through this all, Venezuela remains calm, non-aggressive, non-conflictive, self-assured and survives; and Venezuela has actually mastered the Covid-crisis better than most of Latin America. According to WHO, as of 4 June Venezuela registered 1819 confirmed cases and only 18 deaths.

Venezuela’s strength of resistance and self-determination is extraordinary. It is THE recipe for success and for overcoming western oppression. This autonomy and Iran’s undisturbed solidarity and sovereign action to help Venezuela with oil tankers despite the US threats, are signals to the world that Washington’s empire is crumbling.

Or, as Andre Vltchek pointedly says in his article about the brutal police murder of Mr. George Floyd,

Let’s add to this: And the entire world is no longer afraid to stand up and defend and fight for their rights.

This “fight” is increasingly a battle of the 99 % against the 1% – the rich and powerful wanting to control ever more of the globe’s resources.

With every day this battle is turning more in favor of We, the People.

The worldwide corona-lockdown and the social and economic calamity of uncountable unemployment, famine and misery – unheard of in human history – is unwittingly inciting  billions of victims worldwide into an important awakening, of which the masters behind this nonsensical lockdown, behind the power and control thirst – the Gates, Rockefellers, Rothschilds, Et Al, are possibly not aware of.

The ruthless killing of George Floyd has set in motion a series of riots throughout the US – affecting some 150 US-cities.

These unrests will likely gain their own dynamic, as the wave spreads to Europe and possibly also to the Global South.

While the generous financiers of Antifa, Black Lives Matter (supported by the Ford Foundation and Soros) and other protest organizations may have as a clear objective, namely the  outright “Militarization of the West”, the dynamics of an awakened people may potentially derail this diabolical project and ring in a new set of societal values.

The resisting forces and perseverance of the people of Venezuela, Cuba, Iran, let alone, Russia and China, have magical power.

Never mind the physical losses of stolen assets, of economic sanctions, of attempted humiliation by the neoliberal western alliance breaching contracts and agreements at will, i.e. the Iran Nuclear Deal, several disarmament agreements with Russia – and more – the new wave of spiritual and universal consciousness gains, far outpace these losses.

The forces of Light may overcome the Darkness which has engulfed humanity over the last 5,000 years – laying the foundation for a new society with values of equality and peace for a common future for mankind.

Peter Koenig is an economist and geopolitical analyst. He is also a water resources and environmental specialist. He worked for over 30 years with the World Bank and the World Health Organization around the world in the fields of environment and water. He lectures at universities in the US, Europe and South America. He writes regularly for Global Research; ICH; New Eastern Outlook (NEO); RT; Countercurrents, Sputnik; PressTV; The 21st Century; Greanville Post; Defend Democracy Press; The Saker Blog, the and other internet sites. He is the author of Implosion – An Economic Thriller about War, Environmental Destruction and Corporate Greed – fiction based on facts and on 30 years of World Bank experience around the globe. He is also a co-author of The World Order and Revolution! – Essays from the Resistance. He is a Research Associate of the Centre for Research on Globalization. 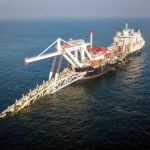 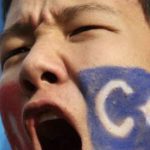