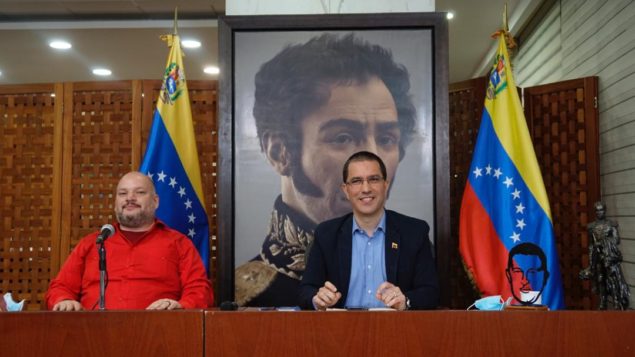 The Simón Bolívar Institute for Peace and Solidarity among Peoples was launched on September 6, with the presence of Venezuelan President Nicolás Maduro. The Institute was created to strengthen the international relations between Venezuela, Latin America and the world. The launch event was held virtually and broadcasted on YouTube through the institute’s official account. Around 106 political and social leaders from across the globe joined the video conference. 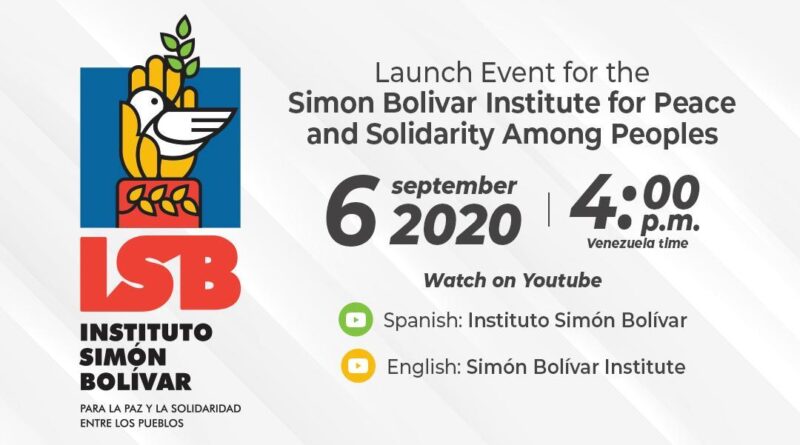 The Institute is responsible for coordinating global solidarity with the Bolivarian Revolution and with Venezuela as well as the Venezuelan solidarity with all revolutions and social struggles of the people of the world. The platform is also responsible for the dissemination of the truth about Venezuela in the face of the discrediting campaigns that threaten its national peace and stability. It will serve as a new space for training, research, dissemination, debate and solidarity for social and political leaders, academicians and intellectuals from all over the world.

In this regard, president Maduro said that “I request the full support of the solidarity movements in disseminating the truth about Venezuela and with the truth, winning peace, sovereignty, independence and respect for our people.”

Venezuelan foreign minister, Jorge Arreaza, added that “this Institute is yours, it belongs to the people of the world, we want them to use it as their own, for solidarity. The struggles of the people of the world need solidarity, from Venezuela we stand in solidarity with all those struggles, with Julian Assange and his unjust prison sentence, with the Palestinian people, with the Saharawi people, with all those who are oppressed, subjected to unjust wars and imperialism.”

The virtual inauguration coincided with the 205th anniversary of the Jamaica Letter, a document written by the Liberator Simón Bolívar in which he shared his thoughts about the social actions that could lead to the possible freedom of the Latin America from the Spanish empire.

With respect to this, Arreaza said that the thoughts of the Liberator Simón Bolívar are still valid in the 21st century, when the COVID-19 pandemic has revealed the social, economic and political failures of the ruling fascist, imperialist and neoliberal governments with unprecedented environmental crises.

Carlos Ron, vice minister for relations with North America who is now also the president of the Simón Bolívar Institute, stressed that “in the face of the collapse of the capitalist system, a new model must emerge, one that is based on global solidarity and peace because peace means a guaranteed right, a sustained planet, far from imperialism, racism.”

The official statement of the Simón Bolívar Institute for Peace and Solidarity among Peoples, signed by Carlos Ron, highlighted that “two centuries after Simón Bolívar’s struggle for independence and against an empire’s pretensions of subjecting and exploiting of the people and resources of Our America, Bolívar’s name continues to be the banner of the struggle for the consolidation of the emancipation of our nations” and called on the people of the world to “work together in deepening friendship, strengthening solidarity and building the necessary peace for our universe.”