Valentina Lisitsa will play in the GTA after all, with two concerts scheduled May 8 and 9 in Oakville 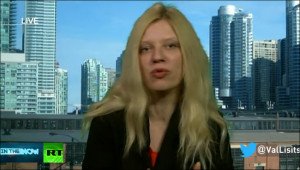 Valentina Lisitsa, the pianist from Ukraine who was dropped from a recent Toronto Symphony Orchestra concert, has found a way to perform in southern Ontario after all. Lisitsa has been booked to give recitals at the Meeting House in Oakville at 8 p.m. on May 8 and 9, with proceeds going to two charities.

The price for every ticket is $24.95 plus service charge. They’re available through ticketmaster.ca.

The decision by TSO CEO Jeff Melanson to cancel her April 8 and 9 appearances — because of allegedly offensive tweets he said she had sent concerning the conflict in eastern Ukraine — set off a storm of controversy in the arts world and the media.

Attempts by Lisitsa to give free concerts at a Toronto church the same week were thwarted. Since then, independent presenter Les Holdway has been working on bringing her back to benefit Noah’s Ark Wetlands Foundation and the Canadian Journalists Defence Fund. He’s a director of both charities.

“I am very happy to be making a speedy return to Toronto,” the pianist told the Star in an email. “When I heard of the incident with the TSO I found it almost unbelievable this could happen in Canada,” Holdway said. “So to turn a negative into a positive, we were looking for someone to headline our charity events. I approached Valentina and she was happy to help out.”

The programs will include many piano works from Bach to Rachmaninoff.

Lisitsa will also perform with the Calgary Philharmonic Orchestra on June 5 and 6. 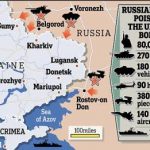 ‘Hybrid warfare’ means never having to provide any evidenceBackground, Ukraine