The following article was published one year ago, following the banning by the Toronto Symphony Orchestra in April 2015 of two scheduled concert performances by Ukrainian-born international concert pianist Valentina Lisitsa. 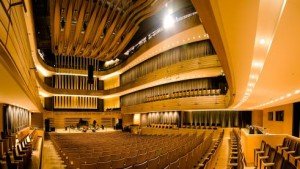 The president of the TSO who banned Ms Lisitsa’s performance one year ago recently resigned from the post. Jeff Melanson faces allegations of sexual harassment against him by female employees of his previous job at the prestigious Banff Arts Center, and his wife is seeking an annulment of their marriage a little more than one year ago. Eleanor McCain is a highly talented and successful Canadian singer. She claims that Melanson married her for her money and her professional connections. She is a daughter of one of Canada’s wealthiest families.

The politics of music programming

While most of us in the classical music world are still recovering from the international scandal sparked by the Toronto Symphony Orchestra’s decision to dump Valentina Lisitsa from her scheduled concert appearance last week, a number of larger questions are now just rising to the surface.

Where are the lines drawn when arts presenters decide whether or not to cancel a performance based on conduct outside of the concert hall – and in Ms. Lisitsa case, how far is too far?

In 2009 when the Polish pianist Krystian Zimerman made a public speech in the middle of a concert at Walt Disney Hall in Los Angeles, he received a lot of criticism. He was angry about the American initiative to build a missile defence shield in Poland, and in the middle of the concert said, “Get your hands off my country”. Between 30 and 40 people walked out of the concert in protest. Despite the outrage, he has never had any of his concerts cancelled, and enjoys a busy international concert career.

In regards to pianist Valentina Lisitsa, she voices her political views to a closed group of 14 thousand Twitter subscribers, but unlike Mr. Zimerman, who regularly uses the stage to express his political agenda, was dumped from a concert program and accused of hate speech.

While cancelling a performer on political grounds has been a fairly rare occurrence in the classical music world, this wouldn’t be the first time the TSO have done it.

In 1951, the Symphony Six (Ruth Budd, Dirk Keetbaas, William Kuinka, Abe Mannheim, John Moskalyk, and Steven Staryk) – a small group of Canadian musicians – was hired by the Toronto Symphony Orchestra who after attempting to cross the boarder into the United States and being turned away, were accused of being communist sympathizers. The TSO, then under director Sir Ernest MacMillan, replaced them with new musicians, and allowed their contracts to expire. The move sparked an international protest against the TSO, and the media took clear sides against them. Two members of the orchestra’s board ended up resigning in solidarity for the ousted musicians.

While on the surface the circumstances might appear different from Valentina Lisitsa’s plight, they aren’t. The TSO dumped the young pianist following pressure from a vocal Ukrainian political lobby (with which the Canadian Government has shown support). Like the Symphony Six, the public responded by calling foul. Instead of fading into the background, Ms. Lisitsa came out swinging. The TSO was eaten alive by the great media grinder, while Lisitsa gained throngs of fans thrusting her into the mythology of censorship martyrdom.

Judging from the first time around, The TSO really should have known better.

In a struggle to find an alternative venue, Ms. Lisitsa tried to book Toronto’s Trinity St. Paul’s, but the following day, the venue decided to back off.

She then attempted to secure a second alternative venue at Lawrence Park Community Church in north Toronto, but they too pulled out, stating they had no interest in aligning themselves with the political views expressed on her Twitter account.

What was quickly becoming clear is that Toronto’s venues were not interested in housing a hot potato like Ms. Lisitsa. She will now have to wait another year until she can perform in Toronto again – this time on April 10, 2016 at Koerner Hall.

Refusing to bow to pressure to cancel her, Royal Conservatory of Music’s Executive Director of Performing Arts, Mervon Mehta said in an interview by phone, “We booked her a year and a half ago, not in any agreement or disagreement with anything that the TSO is doing. She is still on our website and we are still selling tickets.”

Well before the PR calamity, Mr. Mehta said he had been following Ms. Lisitsa’s Tweeter feed, and was surprised by the reaction against them. “She played here two years ago, and no one said a word […] everyone gave her a standing ovation.”

After the story of the cancellation broke, Mr. Mehta stated that the RCM started receiving calls from the community on both sides of the Lisitsa debate, but the overwhelming majority urged them not to cancel her upcoming 2016 performance.

In the past twenty years, Mr. Mehta said he’s never had to face these types of questions, but in the last six months, he’s had to deal with three: Ms. Lisitsa, an Israeli musician, and an Israeli politician.

“I think it’s nothing new that artists have opinions, Mr. Mehta said. “It’s just that they’re much more public and you can’t deny them anymore. If they are in print, and they are trying to be funny, or sarcastic, or hyperbolic, it’s all out there.”

There is no question that venues have the right to hire anyone choose. And the decision, as Mr. Mehta said, “depends on many different circumstances.”

“At a certain level, I don’t care what they say outside of their music playing. I’m hiring them to play music. On the other hand, there are people I don’t want to associate with.”

In regards to drawing the line, Mr. Mehta clarified that he believes it should come from our Canadian legal system, not from political Lobby groups “…If there is legally defined hate speech or incitement to violence, I think, clearly, there is a line there. And if that is the case, then of course… that’s why we have courts and police.”

While the dust from the fallout over the TSO/Lisitsa situation, Mr. Mehta was participating in the Canadian Art Summit in Toronto over the weekend. The event included Artistic Directors, Executive Directors and Board Chairs from Vancouver to Newfoundland and represented major arts companies from Stratford, TSO, AGO, and the ROM. During the summit, they spoke about the TSO/Lisitsa situation, and voiced many different opinions on the matter.

“…It’s something we’re all talking about for sure,” Mr. Mehta said. “Artistic Directors are all curators, and there are a hundred different reasons why we’d bring someone to our stages, and I suppose we have to start looking more closely at some artists. You can’t divorce 100% what they are and what they play, whether they are a visual artists or musical artists. It’s part of who they are. I don’t mean that to be a negative thing.”

Mehta was careful to say this did not mean they would scour everyone’s Twitter feed, “looking for every time they might have called someone fat [laughs]” […] “but you have to be aware more than we have. A lot of people don’t like her. I understand that. I don’t like a lot of what I read that she wrote, but that’s not what she is coming to do.”

When asked about the issue of censorship, Mr. Mehta said, “We certainly don’t want to scuttle anyone’s ability to express themselves. Part of who we are as presenters is to have alternative views on our stages. In this case, it’s not her point of view on stage – she’s playing Rachmaninov.”

As to the bigger picture, Mr. Mehta said, “I think the issue here is it’s such an emotional issue for people from Western and Eastern Ukraine, of which there are many here in Toronto, so it’s very hard to have a rational debate about this where people are losing loved ones, and so I think if we can divorce ourselves from the emotion and really look at the issue of artists’ rights, hopefully we can come up with some kind of rational policy decision.”

In closing, Hélène Grimaud, a well-known animal rights activist and concert pianist will be at Koerner Hall this Sunday afternoon. Mehta rhetorically asked, “Should we cancel her performance?”

It is a fair question – and one that we seem determined to answer. We are all looking for transparency and a way to balance a performers right to express themselves within the limits of the law. That’s how we ought to do things in free and democratic society, isn’t it? 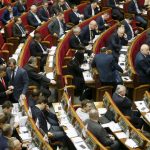 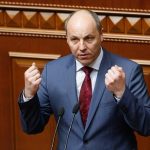