“Uyghur genocide” is an imperialist lie 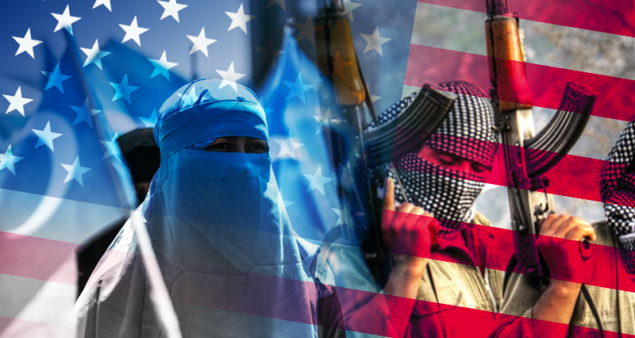 Western countries’ acusstations that China is committing a genocide against Uyghurs and disciminating against Muslims is an imperialist lie. Socialism with Chinese characteristics has created the most sophisticated legal regulation in the world with regard to national minorities and China has the most advanced practices available for dealing with the situation.

Western countries’ acusstations that China is committing a genocide against Uyghurs and disciminating against Muslims is an imperialist lie. Socialism with Chinese characteristics has created the most sophisticated legal regulation in the world with regard to national minorities and China has the most advanced practices available for dealing with the situation. I have visited the Xinjiang Uyghur Autonomous Region many times. I have witnessed how the Chinese Communist Party and the Chinese state are making a great effort to develop this backward region. National minority issues are some of the most difficult to solve. In this regard, Turkey’s most crucial experience, winning the hearts of minority peoples, is the only realistic and permanent solution. The most effective strategy is to ensure that minorities participate in the country’s administration, not just in their region.

China is establishing vocational education and training centers in Xinjiang as a part of efforts combating terrorism, extremism, and separatism in Xinjiang. When I visited the Grand Bazaar in Urumqi in 2012, I was surprised to see that all women cover their hair. When I asked a non-Muslim Han ethnic woman why they are covering their head, she said to me, “when we go out, if we do not have a veil over our heads, they throw acid in our faces”. I last visited Xinjiang Uyghur Autonomous Region in August 2019. I toured the cities of Urumqi, Kashi, Changji, and Shihezi. I interviewed people who were trained in these training centers and with their relatives. I ate at Uyghur restaurants and visited many mosques. During these visits, I observed that the region’s tensions had diminished and that peace and comfort had come.

China has succeeded in the fight against the Three Evils

China has remained prosperous while combating this terrorism. There have been no acts of terrorism for the last four years. People go out easily, bazaars are operated and production is sustained. The development is dazzling. Xinjiang attracts plenty of tourists.

As Turkey and China develop a friendship, they face obstacles generated by outside countries. The East Turkestan problem, which is the subject of a dispute between Turkey and China, is not Turkey’s national issue. The CIA fabricated and spread the lie that “Red China oppresses our Uyghur descendants” in order to suppress the reaction of Turkish people during the Korea War in 1952. The CIA built the East Turkestan National Center in Turkey under NATO protection from 1954. They exploited Uyghurs in Turkey to destabilize China and subversive intelligence actions.

The turning point is july 15th

After July 15, 2016, the Turkish state’s position towards the East Turkestan separatists became clear. The Turkish state does not want its country to be utilized as an operation area by the CIA against China.

On July 15, 2016, the Gulen organization was defeated and the East Turkestan terrorists in Turkey were uncovered. For example, Abdulkadir Yapcan, known as the Vice President of the terrorist East Turkestan Islamic Movement, was captured in September 2016. Yapcan had been living in Turkey since 2003.

The US’ hand in Uyghur separatism

The Vatan (Patriotic) Party is working to create a China-and Turkey-friendly force among Uyghurs in Turkey. We expect the Chinese state to be bolder in illuminating the Turkish public about the facts of Xinjiang and cooperating with the Uyghurs who are friendly to China.

President Erdogan and the Justice and Development Party government are also working to cleanse East Turkestan associations from American influence.

Problems can be solved only through cooperation

On the other hand, problems remain. Firstly, a significant proportion of citizens of Uyghur origin cannot obtain passports. Their contacts with relatives abroad are overseen excessively. Secondly, the connection with Turkey is considered a potential connection to terrorism. This is causing a serious problem between the two countries. However, its solution is possible with the cooperation of the two countries.

Officials in Xinjiang need to be more comfortable cooperating with Turkish authorities. Turkey sincerely defends China’s territorial integrity and strongly opposes US-backed terrorism. Turkey wants the Uyghur people to be happy in the integrity of China. China must understand well that policy change after July 15, 2016. If China becomes aware of this change, it will help foster further cooperation.

Parallelism between ETIM and PKK

ETIM has also participated in Islamic Jihad in Syria. China should be much more active in ending the US backed terror attack in Syria. China must step forward to purge Syria of terrorist organizations, terminate terrorism, and end the occupation of some regions of Syria by terrorist organizations supported by the United States. Even in diplomacy, China should participate in the Astana platform created to solve Syria’s problems by Turkey, Russia, and Iran.

The two gates of Asia

The security of West Asia is where China’s security begins. For its own security, China should more actively support the justified struggle of West Asian countries against US imperialism. This policy would be a less costly and wise solution for China. The United States is all but defeated in Western Asia: it has not been able to overthrow the regime in Syria, it did not establish the administration it wanted in Iraq, it had no teeth in Iran. More importantly, the United States is losing Turkey. By contributing to the struggle of the West Asian countries, China can establish more effective co-operation with Turkey against ETIM.