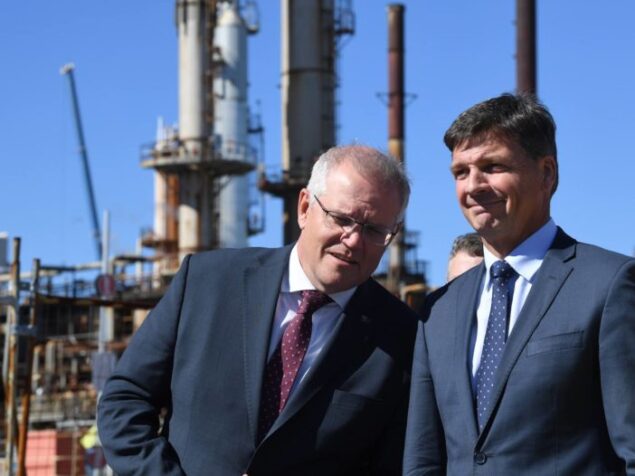 In the latest edition of the report, produced by the UN-backed Sustainable Development Solutions Network, Australia received the lowest score awarded to any of the 193 members of the United Nations for the level of climate action, a withering repudiation of the Coalition government’s climate efforts.

The annual report is an authoritative assessment of countries progress towards meeting the Sustainable Development Goals, including the progress of countries towards goals relating to “climate action” and the adoption of “affordable and clean energy”.

Australia received the lowest score awarded, just 10 out of 100, for the ‘climate action’ goal, which tracks countries across four core metrics, including the level of emissions from fossil fuel use, embedded emissions in imports and exports and progress towards implementing an effective price on greenhouse gas emissions.

The report found that Australia had not achieved any positive progress against the four ‘climate action’ metrics and saw Australia slip below Brunei, the only country that received a worse score than Australia for climate action in the 2020 edition of the report.

The 2021 assessment suggested that a failure by the Morrison government to formally commit Australia to a zero-emissions target had contributed to the poor score.

Australia improved slightly against progress towards an additional Sustainable Development Goal focused on “affordable and clean energy”, coming at 48th, a slight improvement on its 2020 ranking of 53rd.

While Australia scored very highly for access to electricity and fuels, Australia’s ranking was weighed down by the comparatively high emissions intensity of its electricity system and the lower share of renewable energy sources in the primary energy mix, also a result of its slow uptake of electric vehicles.

For the overall assessment of progress across all of the Sustainable Development Goals, Australia ranked 35th out of 193 members of the United Nations. While Australia ranked very poorly on climate and clean energy, it received much better scores on goals relating to public health, education and economic performance.

The assessment found that Australia still faced “major challenges” in achieving a number of the sustainable development goals, particularly when it came to environmental sustainability, including climate change, clean energy, responsible consumption and oceans health. 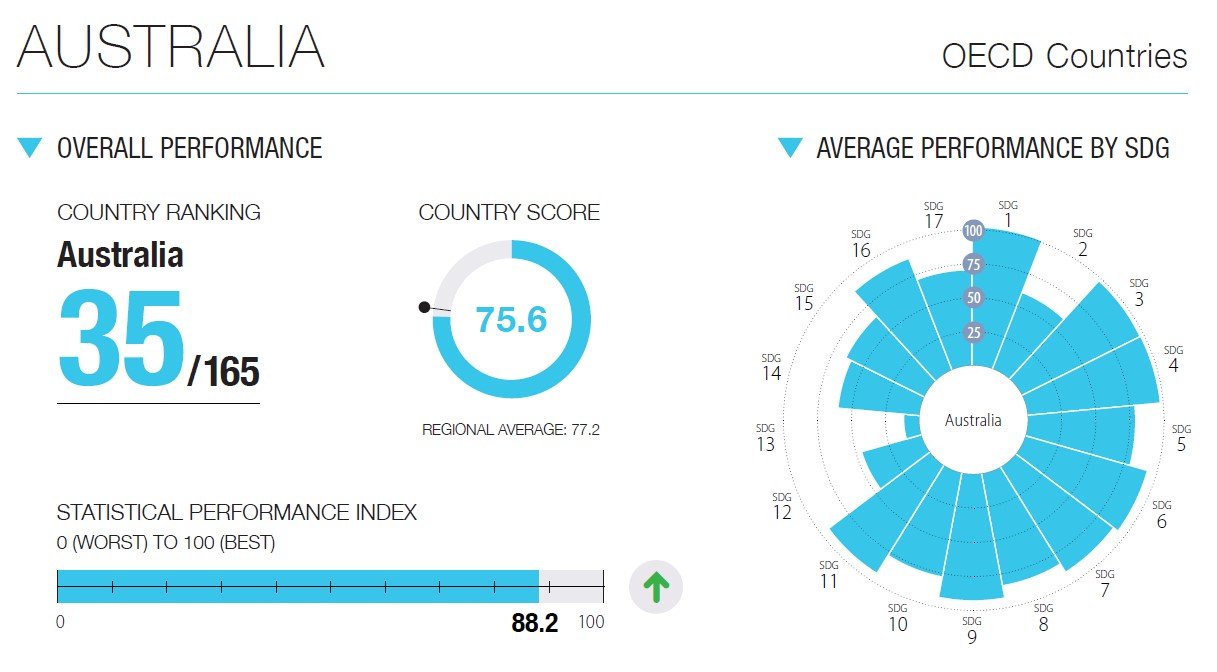 Nordic countries, Finland, Sweden and Denmark, took out the top three spots in the overall assessment.

According to the report, global progress towards achieving the Sustainable Development Goals had gone backwards in the last year – the first globally that countries were further away from achieving the goals since they were formally adopted in 2015.

The report’s lead author, Sustainable Development Solutions Network president Jeffrey Sachs, said that responses to the Covid-19 pandemic should be focused on measures that help achieve progress towards achieving the development goals.

“The Covid-19 pandemic has created not only a global health emergency but also a sustainable development crisis. To restore SDG progress, developing countries need a significant increase in fiscal space, through global tax reform and expanded financing by the multilateral development banks,” Sachs said.

Michael Mazengarb is a journalist with RenewEconomy, based in Sydney. Before joining RenewEconomy, Michael worked in the renewable energy sector for more than a decade.

Headline photo: Australian Prime Minister Scott Morrison (left) and Energy Minister Angus Taylor (right) are seen during a tour of the Ampol Lytton Refinery in Brisbane, Monday, May 17, 2021. While in Brisbane, Prime Minister Scott Morrison has announced that Australia’s two remaining refineries, one based in Queensland and the other Victoria, will be offered up to 1.8 cents per litre for the fuel they produce until 2030 in an attempt to secure the nation’s long-term domestic production of petrol . (AAP Image/Darren England)