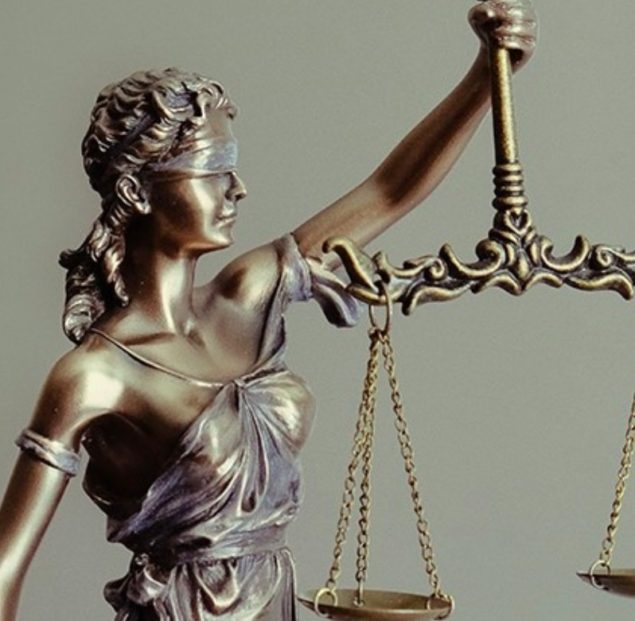 On 2 September, 2020, the US sanctioned two officials of the International Criminal Court (ICC) for investigating into alleged war crimes by US forces and the Central Intelligence Agency (CIA) in Afghanistan since 2003. The officials are ICC prosecutor Fatou Bensouda, and the ICC’s head of Jurisdiction, Complementary, and Cooperation Division, Phakiso Mochochok (sanctioned for having materially assisted Prosecutor Bensouda). Announcing this decision, Secretary of State Michael Pompeo said, “the United States is taking action to protect Americans from unjust and illegitimate investigation by the International Criminal Court (ICC), which threatens our sovereignty and poses a danger to the United States and our allies…The ICC’s recklessness has forced us to this point, and the ICC cannot be allowed to follow through with its politically-driven targeting of U.S. personnel.”

On 2 September, 2020, the US sanctioned two officials of the International Criminal Court (ICC) for investigating into alleged war crimes by US forces and the Central Intelligence Agency (CIA) in Afghanistan since 2003. The officials are ICC prosecutor Fatou Bensouda, and the ICC’s head of Jurisdiction, Complementary, and Cooperation Division, Phakiso Mochochok (sanctioned for having materially assisted Prosecutor Bensouda). Announcing this decision, Secretary of State Michael Pompeo said, “the United States is taking action to protect Americans from unjust and illegitimate investigation by the International Criminal Court (ICC), which threatens our sovereignty and poses a danger to the United States and our allies…The ICC’s recklessness has forced us to this point, and the ICC cannot be allowed to follow through with its politically-driven targeting of U.S. personnel.”

The sanctions have racially targeted the two African individuals among the five officials in the ICC’s Office of the Prosecutor (OTP). Despite possible links to the Afghanistan investigation on account of their judicial positions, the US has chosen not to sanction Director of the Investigations Division Michel de Smedt, Deputy Prosecutor James Stewart, and Director of the Prosecutions Division Fabricio Guariglia.

Through the sanctions, Bensouda and Mochochok have been included in the Specially Designated Nationals and Blocked Persons list, maintained by the Office of Foreign Assets Control (OFAC). The consequences of being designated include:

The US government’s hatred of the ICC boils down to one primary concern: the possibility that US citizens may be prosecuted and convicted by the court for grisly conduct supported by the American empire. As a result, the US has been in conflict with ICC from the start, trying to subvert its judicial capacities. One month after the ICC officially came into existence on July 1, 2002, US President George Bush signed the American Service members’ Protection Act (ASPA), which limited U.S. government assistance to the ICC; curtailed military assistance to countries that ratified the Rome Statute (the treaty establishing ICC); and authorized the President to use “all means necessary and appropriate to bring about the release” of certain U.S. and allied persons who may be detained or tried by the ICC.

As the US believes that ICC is a threat to its imperialist excesses, top officials of the country have never relented in their vituperation and destabilization of the intergovernmental organization. Secretary of State Mike Pompeo has called ICC a “kangaroo court”. Similarly, Attorney-General William Barr saidthat the US Justice Department had “received substantial credible information that raises serious concerns about a long history of financial corruption and malfeasance at the highest levels in the office of the prosecutor.” President Trump, while addressing UN General Assembly, stated, “United States will provide no support or recognition to the International Criminal Court. As far as America is concerned the ICC has no jurisdiction, no legitimacy, and no authority.” Such villificatory language reached its apogee when John Bolton gave a speech to the Federalist Society in Washington, D.C on 11 September, 2018. During the speech, he dubbed ICC as (1) a “supranational tribunal” that targeted “America’s senior political leadership” and (2) a “free-wheeling global organization claiming jurisdiction over individuals without their consent.” If that was not enough, he further said in a thuggish tone: “The United States will use any means necessary to protect our citizens and those of our allies from unjust prosecution by this illegitimate court. We will not cooperate with the ICC. We will provide no assistance to the ICC. We will not join the ICC. We will let the ICC die on its own. After all, for all intents and purposes, the ICC is already dead to us.”

In November 2017, the currently sanctioned Prosecutor Bensouda asked for authorization from the ICC’s judiciary to investigate crimes against humanity and war crimes by the Taliban and their affiliated Haqqani Network; war crimes of ill-treatment by the Afghan intelligence agency National Directorate for Security and the Afghan National Police; and war crimes of torture by US military forces deployed in Afghanistan and in secret detention facilities operated by the CIA. Bensouda requested a full investigation because US administrations and courts have consistently chosen not to prosecute the torturers. While torture was banned in 2009 by former President Barack Obama, the torturers were allowed to get off scot-free. Talking about this decision to award impunity to the torturers, Obama had said, “You know, it is important for us not to feel too sanctimonious in retrospect about the tough job that those folks had. And a lot of those folks were working hard under enormous pressure and are real patriots.”

In response to this potential investigation, the US revoked Bensouda’s entry-visa on 4 April, 2019 and Pompeo hubristically stated, “I’m announcing a policy of US visa restrictions on those individuals directly responsible for any ICC investigation of US personnel…If you’re responsible for the proposed ICC investigation of US personnel in connection with the situation in Afghanistan you should not assume that you still have, or will get, a visa or that you will be permitted to enter the United States,”.

Facing the US-sponsored public campaign of defamation and aggressions, the Pre-Trial Chamber II of the ICC rejected Bensouda’s request on 12 April, 2019, – 8 days after the visa revocation- expressing concern over (1) the “availability of evidence for crimes dating back so long in time”; (2) the prospect of attaining meaningful cooperation from relevant actors; and (3) the “significant amount of resources” necessary to fund this sort of investigation considering the ICC’s budget. The Pre-Trial Chamber believed that there was no reasonable basis to believe the investigation served “the interests of justice” although it accepted that there was a reasonable basis to believe that war crimes and crimes against humanity were committed in the territory of Afghanistan by various actors.

The rejection of Bensouda’s request was closely tied with USA’s attempts to prevent its imperialist cruelty from being fully exposed by a judicial body. Article 15 of the Rome Statute provides that “victims may make representations to the Pre-Trial Chamber either in support or opposition to the Prosecutor’s request for an investigation.” In Ms. Bensouda’s case, 680 out of 699 applications submitted to the court by victims and victims groups welcomed the requested investigation. Despite the support of the victims, the US unilaterally impeded the investigation, nakedly asserting the ruthlessness of its imperial power.

To contest the rejection of Bensouda’s Afghanistan investigation, the OTP and the legal representatives of 3 victims appeared before the Pre-Trial Chamber in June 2019. Six months later, the Appeals Chamber of the ICC held a three-day public hearing where the OTP, victims’ representatives, the defense lawyer of the Afghan government and several civil society members presented their arguments against or in support of the Pre-Trial Chamber’s decision. After this public hearing, the Appeals Chamber of the ICC decided unanimously on 5 March, 2020, to authorize the Prosecutor to commence the investigation into the crimes committed on the territory of Afghanistan since 1 May 2003, as well as other crimes that have a nexus to the armed conflict in Afghanistan and were committed on the territory of other States Parties, including Poland, Romania and Lithuania by the US army and CIA.

Enraged by ICC’s actions, President Donald Trump issued an executive order  on 11 June, 2020, that authorized asset freezes and family travel bans against ICC officials and potentially targeted others who assist ICC investigations. In the executive order, Trump said that the authorization of investigation into US war crimes in Afghanistan threatens “to infringe upon the sovereignty of the United States and impede the critical national security and foreign policy work of United States Government and allied officials”. Building upon these unfounded claims, he went on to say: “I therefore determine that any attempt by the ICC to investigate, arrest, detain, or prosecute any United States personnel…constitutes an unusual and extraordinary threat to the national security and foreign policy of the United States, and I hereby declare a national emergency to deal with that threat.” All these statements amount to an arrogant declaration of impunity for any American involved in war crimes, genocide and crimes against humanity. Furthermore, through these conceited declarations, the US is blatantly asserting that it is justified to kill people in pursuit of expansionist aims.

In view of the audacity shown by the ICC in authorizing the Afghanistan investigation, new sanctions have been imposed on two ICC officials in the contemporary period. To legitimize its aggressive actions against the ICC, the US has relied on contorted legal arguments.

Repeatedly, the US has declared that it is not a party to the Rome Statute that created the ICC and, being a non-signatory national, is not bound by the norms created by the ICC. Contrary to this reasoning, the core crimes within the ICC’s jurisdiction-genocide, crimes against humanity, and war crimes-are crimes of universal jurisdiction and thus, the nationals of the US can be subject to prosecution before the court. Echoing this point, the UN General Assembly has declared: “States shall co-operate with each other on a bilateral and multilateral basis with a view to halting and preventing war crimes and crimes against humanity, and shall take the domestic and international measures necessary for that purpose.” Moreover, nationals of non-Party States have long been exposed to potential prosecution without the consent of their governments. The US itself has accepted this by becoming party to treaties such as the Geneva Conventions and the UN Convention against Torture which obligate the parties to pursue the malefactor regardless of whether they are a national of a state that is party to the treaty in question.

By punishing the ICC for attempting to expose the barbarism of its war on Afghanistan, the US has overtly outlined the coercive foundations upon which its empire is built. Slowly and steadily, it is becoming clear that the US is guided by imperialist interests and is willing to flout any law to expand its empire.

Yanis Iqbal is a student and freelance writer based in Aligarh, India.