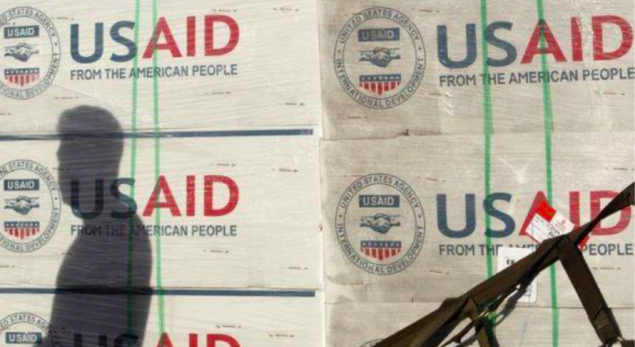 U.S. Agency for International Development has provided nearly $467 million to the Venezuelan opposition since 2017

The U.S. Agency for International Development (USAID) has supplied, since 2017, over 467 million dollars to the Venezuelan opposition for what they falsely call “humanitarian aid,” as acknowledged on the agency’s website.

The organization, founded by John F. Kennedy, in 1961, with the stated purpose of providing non-military aid outside U.S. territory, has a long record of intervening in the sovereignty of the nations that do adhere to the foreign policy of domination practiced by the United States.

USAID operates in Sub-Saharan Africa, Asia, Latin America and the Caribbean, Europe, Eurasia and the far East. Since 2002, USAID efforts in Venezuela seek to promote and ensure the demise of the Bolivarian Revolution and for this purpose they have funded parties, political organizations and media, filling the pockets of opposition leaders with millions of dollars.

The institution is an intricate system of corruption that diverts millions of dollars through the misnamed “humanitarian aid” of the United States.

The report published on the USAID website explains that, following an agreement reached in October 2019, the organization has used 128 million dollars to “help” Guaidó and the National Assembly, in contempt, “to continue developing plans to recover the economy and implement social services during a transition to democracy” and “restore democratic governance” in the South American country.

In the document published in December, the US agency also acknowledged having allocated funds for “compensation, travel costs and other expenses for some technical advisors of the National Assembly and the interim administration of Guaidó, through assistance funds.”

September 4, 2019, Deputy Secretary of State John J. Sullivan and USAID administrator Mark Green announced financing of more than 120.2 million dollars to respond to the crisis in the region that, in their opinion, was caused by Venezuelan migration.

In addition to Colombia, the country that received the largest amount of funds as the main recipient of Venezuelans; Brazil, Ecuador and Peru joined the list of nations that received money to supposedly address the migration crisis in the region.

On November 29, former Guaido-appointed ambassador to Colombia Humberto Calderón Berti accused him and his followers of stealing funds intended for their humanitarian purposes. “Colombian authorities gave me the alert and showed me documents in which prostitutes, liquor, mismanagement of resources, double billing and fictitious charges were mentioned,” he said.

Also in December, according to Russia Today, the website Armando.info denounced the alleged participation of 11 opposition parliamentarians in a “corruption plot to grant indulgences”” to businessmen related to food imports, including three from Guaidó’s party Voluntad Popular.

Most of the resources provided by the United States for “humanitarian aid,” according to the website Misión Verdad, have been allocated to the Norte de Santander department, which has been the base of operations for aggression against Venezuela, including the attempt to assassinate President Maduro with drones in 2018 and recently revealed terrorist plans.

The USAID continues to “reach into” the pockets of the U.S. people to enrich bandits and corrupt individuals. Millions have been spent against Cuba, against Venezuela and every progressive government in the region that attempts to follow a sovereign path of development. Most of this money has gone to thieves disguised as “democrats.” 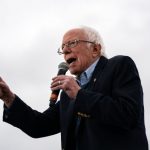 Sanders campaign releases details on how he will pay for his major plansBernie Sanders, North America, US 2020 elections, USA 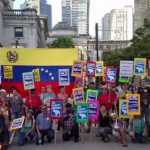