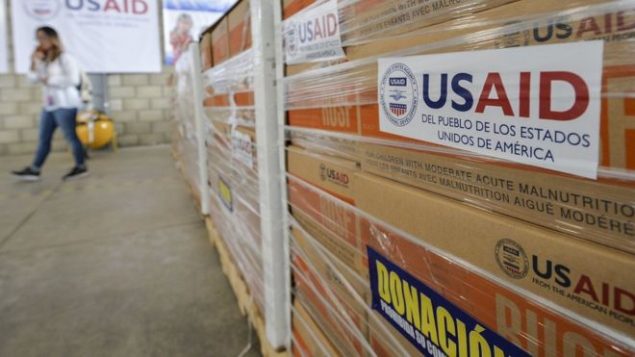 The US agency, since October 2019, has used 128 million dollars to support Guaidó and the National Assembly, in contempt, in its actions to destabilize Venezuela

The United States Agency for International Development (USAID) has provided, since 2017, nearly 467 million dollars to the Venezuelan opposition in what they falsely call “humanitarian aid”, as recognized by the agency in its official Web site.

The agency, founded by John F. Kennedy in 1961, whose principle is supposed to be “providing non-military assistance outside its territory”, has a long history of interference in the sovereignty of nations that do not align with the foreign policy exercised by the United States.

USAID operates in sub-Saharan Africa, Asia, Latin America and the Caribbean, Europe, Eurasia and the East. Since 2002, the presence of the USAID in Venezuela has had the purpose of promoting and ensuring the defeat of the Bolivarian Revolution, for which it has financed parties, political organizations and media in Venezuela, and has enriched opposition leaders with millions of dollars.

This institution is also an intricate system of corruption that diverts millions of dollars through the so-called “humanitarian aid” of the United States.

The report published on the USAID website explains that, after an agreement reached in October 2019, that organization has used 128 million dollars to “help” Guaidó and the National Assembly (in contempt) “to continue developing plans to recover the economy and implement social services during a “transition to democracy ” and to “restore democratic governance” in the South American country.

In the document, published in December, the US agency also acknowledged having allocated funds for “compensation, travel costs and other expenses for some technical advisors of the National Assembly and the interim administration of Guaidó, through assistance funds.”

John J. Sullivan, Undersecretary of State, and the administrator of the aforementioned institution, Mark Green, on September 4, 2019 announced the financing of more than 120.2 million additional dollars for the response to the crisis in the region, in his opinion, caused by Venezuelan migration.

In addition to Colombia, a country that received the largest amount of funds for being the main recipient of Venezuelans, Brazil, Ecuador and Peru joined the list of nations that received money to allegedly address the migration crisis in the region.

Subsequently, a journalistic investigation by PanAm Post revealed that those put in charge by Guaidó to manage the “humanitarian aid” of the USAID, Rossana Barrera and Kevin Rojas, had used the funds in hotels, shops and restaurants.

On November 29, the former ambassador appointed by Guaidó in Colombia, Humberto Calderón Berti, accused him and his circle of the theft of funds destined for their humanitarian pretexts. “The Colombian authorities gave me the alert and showed me documents that talked about prostitutes, liquor, mismanagement of resources, double billing and dummy billing,” he said.

Also, in December, according to RT, the Armando.info site denounced the alleged participation of 11 opposition parliamentarians in a “corruption scheme to grant waivers” to businessmen related to food imports, among which are three of the party political Popular Will, to which Guaidó belonged.

Most of the resources provided by the United States for “humanitarian aid”, according to the Mision Verdad news site, has been allocated to the North Department of Santander, which has been the base of operations for all the aggressions that have been carried out against Venezuela, including the attempted drone killing of 2018 and the recently revealed terrorist plan.

The USAID continues to “reach out” into the pockets of the American people to enrich bandits and corrupt anti-chavista politicians. Millions have been spent against Cuba, against Venezuela and against any progressive government in the region, which tries to follow a sovereign route of development. Most of that money has gone to thieves disguised as “democrats.” We Cubans know them very well. 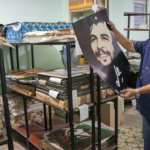 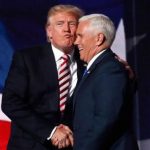