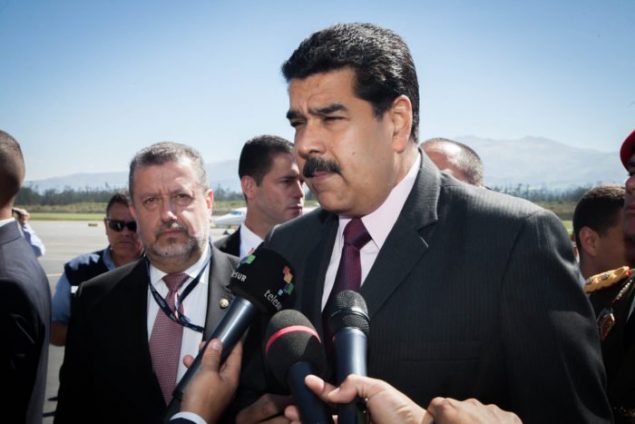 Statement by the Bolivarian Republic of Venezuela after the increasingly dangerous US administration falsely indicted duly elected president Nicolás Maduro and put a 15 million dollar price on his head.

In the midst of the most recent attacks of the United States against Venezuela, the government of Donald Trump today designated President Nicolás Maduro as part of a supposed narco-terrorist structure and named a price for his arrest or assassination, along with other leaders of the revolutionary Venezuelan process. Without any evidence or any proof, Washington accuses Venezuela of having responsibility in narco-trafficking. The reality is that we are actually the victims of this plague, and Washington’s close ally and our neighbors, the Republic of Colombia, is one of the world’s biggest drug producers, especially of cocaine, a fact certified by the UN and US authorities themselves.

But let us put the decision in context

1. Under the leadership of President Maduro, Venezuela has been carrying out an effective struggle against Coronavirus, managing until now to contain the virus to a great extent. It was our country that was the first in the region to decree quarantine, and thanks to the cooperation with China, Russia, and Cuba we have all of the medical capacities to respond to this pandemic. Such decisions have had the support of the majority of the Venezuelan people, including broad sections of the opposition.

2. There have been advances in an important process of dialogue with the democratic sectors of the opposition many of which in the context of the pandemic have expressed to be in favor of working with the government and in demanding an end to the unilateral coercive measures (improperly referred to as sanctions) that affect our economy and our people.

3. From different parts of the globe, there are more and more voices speaking out against the blockade suffered by Venezuela, among those we highlight the recent declarations of the High Representative of the European Union for Foreign Affairs, Josep Borrel; the General Secretary of the UN, Antonio Guterres, and Michelle Bachellet, High Commissioner for Human Rights of the UN.

4. Last March 23, the transit police in Colombia seized an arsenal of war weapons, and due to our efficient work of our intelligence services, we knew that their final objective was to go to Venezuela to carry-out terrorist actions against President Maduro and other authorities. The whole network of this conspiracy, that has support from the US and from Colombia, was denounced yesterday with details by our Communications Minister, Jorge Rodriguez.

After the miniscule opposition mobilizations called for by Mr. Juan Guaidó during 2020, from Washington they have decided to opt for violent ways to achieve their anxiously awaited “regime change” in Venezuela.

This dangerous, irrational and criminal decision announced today by the Trump administration occurred in a context where the Bolivarian Government is being strengthened and a crisis is erupting in the US due to the pandemic that is rapidly spreading in that nation. They clearly support on violence and terrorism, as it has clearly been manifested in the declarations released today by a traitor, former Venezuelan soldier, General Cliver Alcalá Cordones, who from Colombia confessed that the weapons seized were indeed planned to be used to carry-out attacks in Venezuela. This plan had the approval of Juan Guaidó and the US government, through functionaries and mercenaries of military contractors. Among other things, Alcalá points out that the purchase of weapons was instructed by Guaidó and he has a contract that proves it.

It is important to highlight that for the last several years, especially since August 4, 2018 when there was an attempt of magnicide in Caracas against President Maduro through the use of drones loaded with explosives, there have been frequent denouncements made of these terrorist groups operating from Colombia. The information, even of the locations where the terrorists are trained, has been sent to the competent authorities but the government of Iván Duque has yet to speak on the matter. Following this, we have proceeded to denounce the situation of complicity of the Colombian government with the terrorists before the General Secretary of the UN.

This is a very dangerous moment, especially taking into account the upcoming presidential elections in the US, which are ripe – as we have seen historically- for actions that help guarantee the re-election of the sitting president.

We therefore ask for your solidarity with the Venezuelan people and to remain alert in the face of this new phase of aggression. 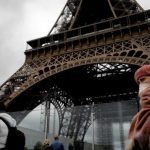 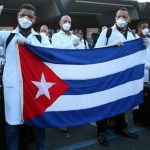 Cuba: An example of solidarity in a time of crisisCOVID-19 Corona virus, Cuba, Issues, Latin America and the Caribbean