US uses COVID cover to put military pressure on Venezuela, as ‘some 70 nations’ now back call for global ceasefire 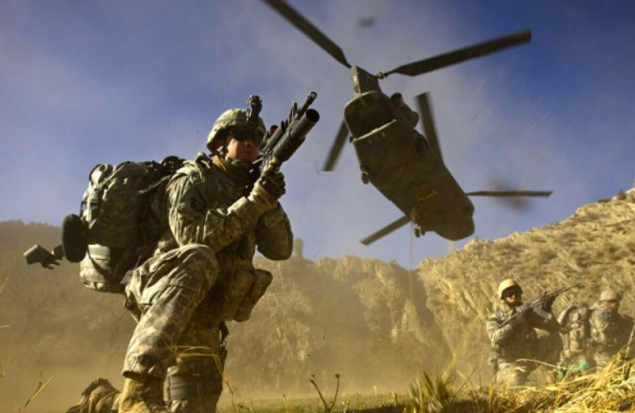 While the US is using Covid-19 as a cover for putting military pressure on Venezuela, the UN Secretary General Antonio Guterres says as many as 70 nations now back his call for a global ceasefire to combat coronavirus, including nine countries in conflict.

As many as 70 nations are now backing the UN secretary general’s call for a global ceasefire to fight the coronavirus instead of each other, although the UN has not yet released an updated list of supporting nations.

“The call has been endorsed by an ever-growing number of Member States, some 70 so far, regional partners, non-state actors, civil society networks and organizations, and all UN Messengers of Peace. Religious leaders — including Pope Francis — have added their moral voice in support of a global ceasefire, as have citizens through grassroots mobilization online.”

In an update published on Thursday, Guterres named several nations who had not appeared on the last list published on March 30. Among these are Gambia, Sierra Leone and Togo, he said. Also included for the first time, significantly, are several nations engaged in armed conflict: Cameroon, the Central African Republic, Libya, Myanmar, South Sudan, Sudan, Syria, Ukraine and Yemen.

The Russian Federation Foreign Ministry also formally supported the call for a ceasefire.

These 13 nations bring the total to 66, when added to the last list published on March 30. The Holy See, which is a UN Observer State, would bring the number to 67.

So far the U.S., Britain and China are the remaining permanent five Security Council nations not to support the ceasefire call. Neither Israel, nor the UN Observer State of Palestine has backed the call either.

A curious tweet from the U.S. National Security Council said:

The United States hopes that all parties in #Afghanistan, #Syria, #Iraq, #Libya, #Yemen, and elsewhere will heed the call of @antonioguterres. Now is the time for peace and cooperation.

The tweet calls on other nations to heed the ceasefire call but does not say the U.S. would.

In remarks to the press last week, Guterres spoke of the huge difficulty of getting nations and factions to implement the ceasefire:

“There is a huge distance between declarations and deeds — between translating words into peace on the ground and in the lives of people.

There are enormous difficulties to implementation as conflicts have festered for years, distrust is deep, with many spoilers and many suspicions.

We know that any initial gains are fragile and easily reversible. And in many of the most critical situations, we have seen no let-up in fighting — and some conflicts have even intensified.

We need robust diplomatic efforts to meet these challenges.  To silence the guns, we must raise the voices for peace.”

Meanwhile there are more signs that the U.S. is using the cover of the Covid-19 crisis to gear up for military action against Venezuela, under the pretext of fighting narco-trafficking.

Two Colombian helicopters dropped off troops in Cúcuta, right on the border with Venezuela

Photos clearly show a soldier with a US flag

Is the US planning an invasion or military attack on Venezuela? This is a blatant threat, could even be an act of warhttps://t.co/Mce5kWHq3K