US rescue of Ecuador from Chinese debt is a trap 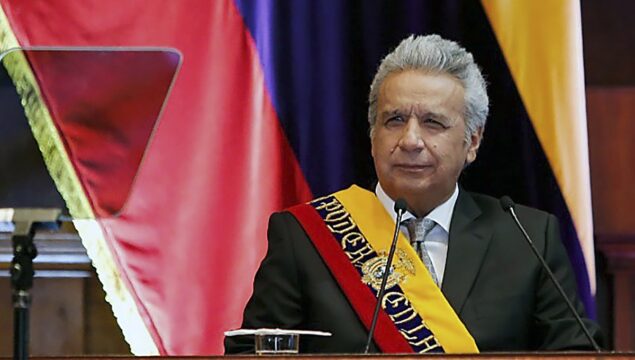 The South American country of Ecuador is the most recent success of the US policy to edge out Beijing’s business interests.

On January 14, a US government agency decided to pay off part of Ecuador’s debt to China so that the Latin American country could break ties with Chinese telecommunications firms. The US International Development Finance Corporation, which is funded by the US government, provided Ecuador with a loan of $2.8 billion.

The DFC’s head, Adam Boehler, said the loan goes to Ecuador to “refinance predatory Chinese debt” and to strengthen Ecuador’s alliance with the United States.

This move by the DFC is not economic as much as political. Ecuador’s development is secondary. What is primary is the US desire to remove Chinese businesses and political influence from Latin America.

Boehler, a close friend of the Trump family, took over the DFC and has since driven a hard agenda in Latin America against China.

The DFC was created by the US Congress’ Better Utilization of Investments Leading to Development Act of 2018.

Subsequent to this act and the formation of DFC, the US State Department developed a project called America Crece, or “Growth in the Americas”. The main goal is to use US government funds – with private assistance – to edge out Chinese business interests from the American hemisphere. Ecuador is the most recent success of the US policy.

Ecuador’s debt and the 2021 presidential election

In mid-2020, Ecuador’s outgoing president Lenin Moreno tried to raise money through multilateral agencies and China to manage $17 billion of this debt, most of which would have to be paid to service the overall debt. Financial markets, unwilling to buy Ecuadoran bonds, balked but Moreno offered to buy back some bonds to raise capital.

Collapsed oil prices that led to cuts in oil subsidies, a hefty loan from the International Monetary Fund at the cost of austerity measures, and mismanagement of the pandemic battered Moreno’s legitimacy.

Ecuadorans will go to the polls on February 7 to elect a new president. Moreno is not running. His approval rating fell through the floor as a result of cascading crises, including evidence of grotesque personal corruption, that predate the pandemic. 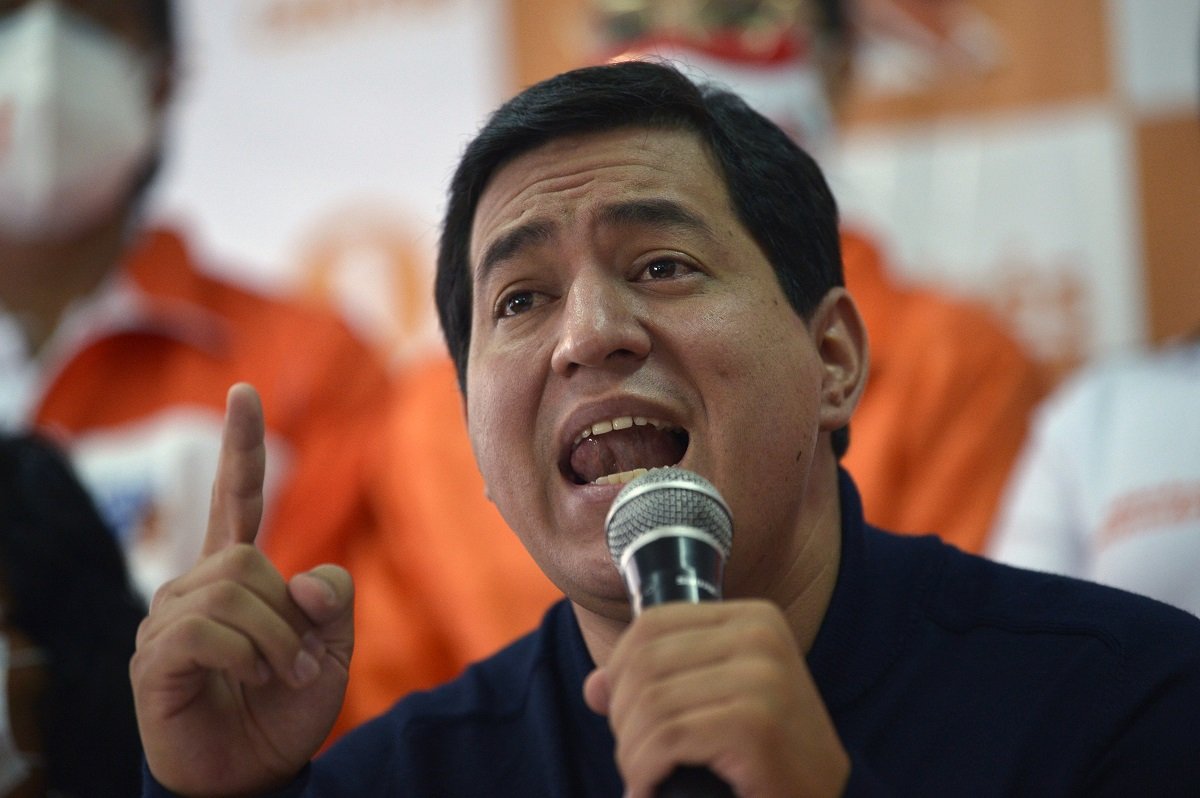 A September 2020 poll showed that the left-leaning Andrés Arauz was ahead of a crowded field with close to 46% of the vote, which would allow him to win in the first round. Arauz is an economist who held two ministerial posts in the government of Rafael Correa from 2015 to 2017. He promises to reverse Moreno’s fealty to the United States and his subordination to the IMF’s deflationary policies.

The US bid to buy out part of Ecuador’s debt to China and to foreclose Ecuador’s ability to buy Chinese tech products comes during an election season. It appears almost certain that Moreno’s political orientation will be reversed by the next president.

For that reason, the hasty deal cut between Quito and Washington will try to lock whoever wins the February 2021 election into a pro-US and anti-China policy. This is a direct interference in the elections in Ecuador.

The DFC’s Boehler is unlikely to survive into the administration of Joe Biden. Boehler brought few skills to his job. Biden will likely replace him with a Democratic Party insider.

Part of the assault on China by the US government has been to paint its loans to Ecuador as predatory. These loans, the US officials say, create a “debt trap” and Boehler said they leave Ecuador at the mercy of a “single authoritarian country.”

Evidence for either the “debt trap” or of Chinese “influence” on Ecuador is non-existent. In fact, over the last six months of 2020, Chinese banks have been willing to put loan payments on hold until 2022 (this includes a delay on repayment on the $474 million loan to China’s ExIM Bank and on the $417 million loan to the China Development Bank). 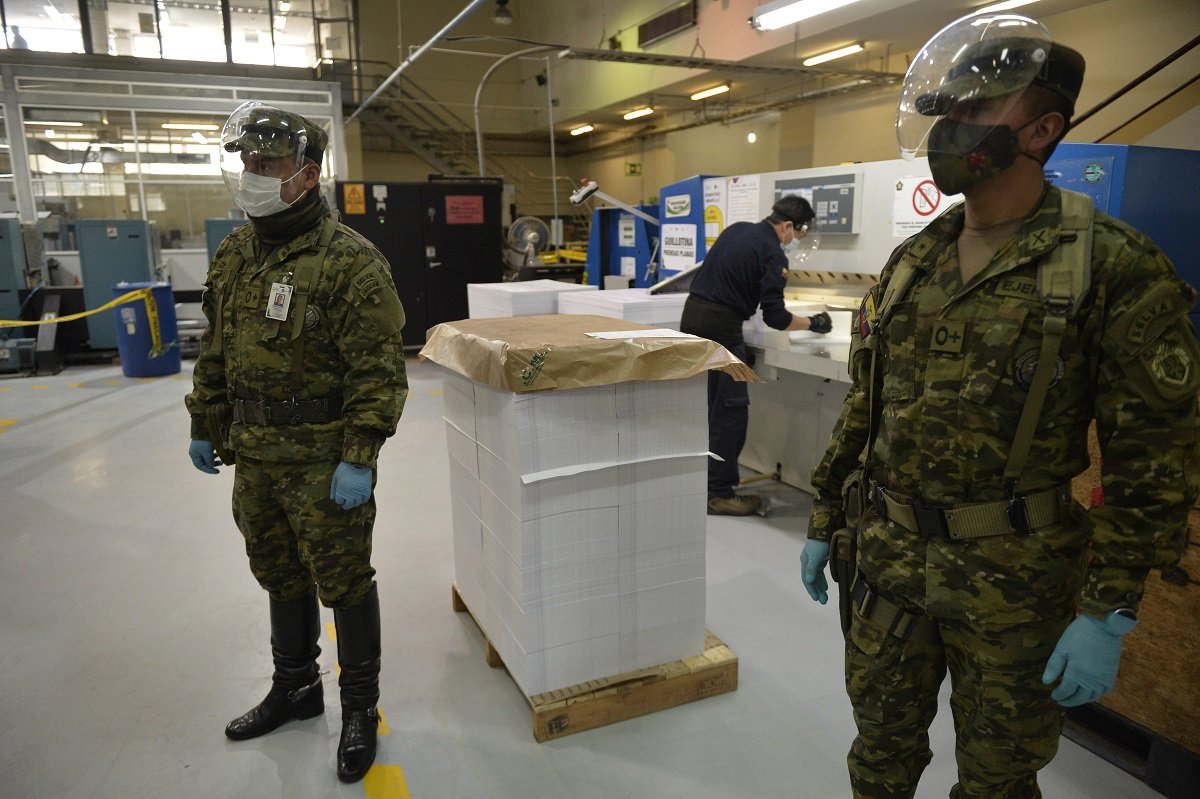 Soldiers stand guard as an employee of the Militar Geographic Institute works on the printing of ballot papers for the presidential election on February 7. Photo: Rodrigo Buendia/AFP

Ecuador’s Finance Ministry says that, for now, the plan is for repayment to start in March 2022 and to end by 2029.

Moreno took to Twitter to announce these two delays. There were no aggressive measures taken by these two banks nor from any other Chinese financial entity.

Ecuador took on debt worth around $5 billion from Chinese banks to finance several major infrastructural projects, including the construction of hydroelectric dams. These projects began when oil prices were high. President Correa leveraged oil income to help the transition away from fossil fuels toward renewable energy.

The collapse of oil prices, the pressure on the country from the oil giants (particularly Chevron), and the political chaos in the country damaged Ecuador’s ability to advance these projects. Chinese banks, over this period, have accommodated the difficulties faced by Ecuador’s government to finance these debts.

Yet it is based on the very existence of these loans that the US government has made sinister claims about Chinese influence on Ecuador. It is well worth pointing out that China only holds 10% of Ecuador’s total external debt, but it is this debt that has been the focus of attention.

It allows the US to prosecute its rivalry with China and at the same time camouflage the real source of indebtedness, namely the IMF loans and loans to Western banks. Neither the IMF nor the Western banks has been as generous about their credits as the Chinese banks.

Chinese banks lent money for the construction projects. These funds came with no conditions. The US government money, on the other hand, came with substantial claims on the government of Ecuador’s policy orientation.

Quito has had to sign up for Washington’s “Clean Network,” a US State Department project to force countries to build telecommunications networks without a Chinese telecom provider involved in them. This particularly applies to the high-speed fifth-generation (5G) networks. Ecuador pre-emptively joined the Clean Network in November 2020. This opened the door for the DFC loan to Ecuador.

The deal with Ecuador is not seen as a one-time arrangement. Boehler said this “novel model” can be used by other countries to “eject” China from the hemisphere. If Arauz becomes the next president of Ecuador, he will face the challenge of this US-imposed conflict against China as one of the first obstacles to a fresh start for his country.

President Moreno and former US president Donald Trump have already begun to sabotage the possibility of Arauz solving the immediate problems of his people.