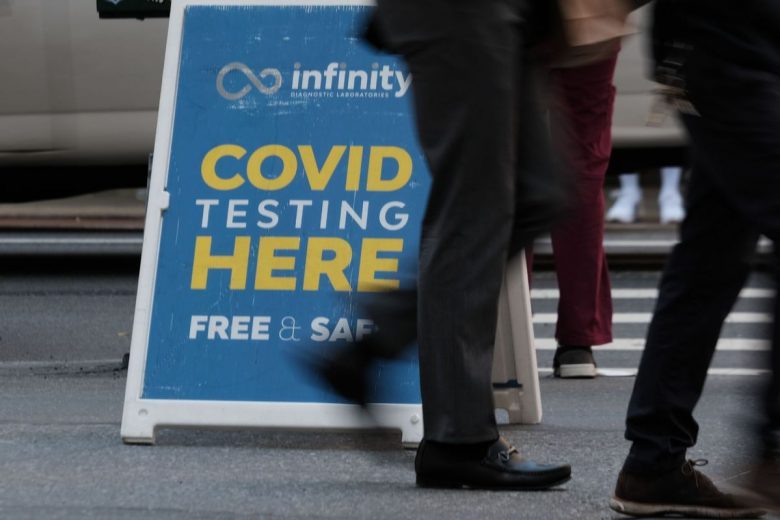 People walk past a COVID testing site on May 17, 2022 in New York City. [Photo/Agencies]

“Today we mark a tragic milestone here in the United States – 1 million COVID deaths, 1 million empty chairs around the dinner table.” With these words, President Biden addressed an international summit on the pandemic on May 12, 2022. It was typical Biden rhetoric, designed to show-case the President’s famed empathy, fake empathy.

“Today we mark a tragic milestone here in the United States – 1 million COVID deaths, 1 million empty chairs around the dinner table.” With these words, President Biden addressed an international summit on the pandemic on May 12, 2022. It was typical Biden rhetoric, designed to show-case the President’s famed empathy, fake empathy.

It could not cover up the monumental failures of the US, one of the richest societies in the world, self-proclaimed leader of the ‘democratic world’ and technological leader. These failures make such a long list, we can only offer highlights here.
There was, first, the hubris of imagining that infectious diseases would only ravage other countries, preferably poor or Asian. Refusing to acknowledge its own vulnerability to the disease, the US squandered the precious lead time China’s strenuous virus control efforts in Wuhan offered the world.

Then there were the failures of a political system that yielded a President who was not inclined to take the responsible and scientific course of action. President Trump not only dismissed COVID-19 as a minor “flu” (even as he blamed China for the “Wuhan Virus”), he encouraged irresponsible behavior and skepticism among the wider public that is still costing lives. He refused to give proper Federal leadership and, therefore, states were forced to devise their own strategies for dealing with the pandemic. This created the patchwork quilt of successes and failures against COVID-19 among US stats, depending on the circumstances of each state, including the political party in power.

In framing its immediate response, moreover, ruling circles went so far as to entertain the idea of ‘herd immunity’, essentially allowing the coronavirus to spread unchecked, infecting anyone, until enough people had been infected and thus naturally immunized, or so it was believed, to halt further spread. This idea was first entertained by British Prime Minister Boris Johnson and President Trump reportedly also found attractive enough to toy with it well into the autumn of 2021. It was eventually shelved thanks only to popular outrage and because health experts demonstrated that pursing this course would overwhelm healthcare systems that had already been emaciated by decades of funding cuts, commercialization and corporatization. 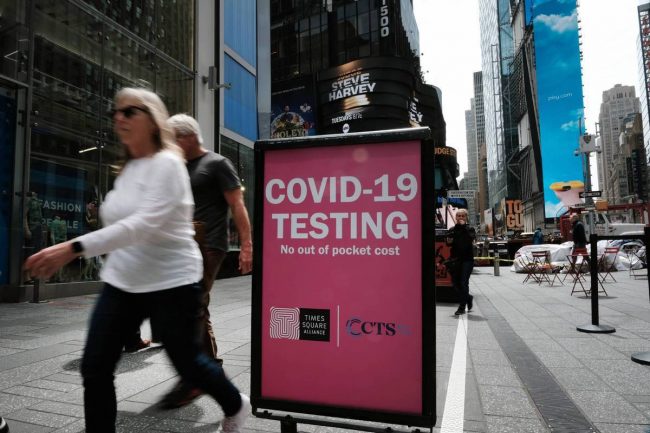 A sign alerts people to a Covid-19 testing site in Times Square on May 3, 2022 in New York City. [Photo/Agencies]

Even so, rather than take the prudent course of controlling the virus to the greatest extent possible through well-known and widely practized means, as China had, most US states had chosen to enforce only the level of restriction and lockdown that was necessary to ‘flatten the curve’ of infections so as not to overwhelm their far from adequate health care systems. Though this is not admitted or discussed, by effectively requiring a certain proportion of the population to be exposed to the virus via essential working, poor living conditions, being institutionalized, etc., it is all but guaranteed a certain proportion of those exposed would die. This effectively was a strategy even worse than what Fredrick Engels once called ‘social murder’.

Moreover, those who would perish from the disease would include all those who had no choice but to expose themselves to it either because they had no option but to go to work as ‘essential’ workers or medical staff, or those who were incarcerated or institutionalized in care homes, or the vast millions of the poor and marginalized who lived in overcrowded conditions. Forcing them to expose themselves and put themselves at risk, one must question if their deaths should be considered a form of selective social murder. In so, “flattening the curve” was also a form of Social Darwinism.

The US’s long-term response conformed to its long-standing practice of orienting its health care system to profit for its capitalists rather than protection for its population. That meant it was focused on vaccines. President Trump had funded “Operation Warp Speed” to the tune of $18 billion. Until recently, vaccines had taken decades to develop, however, the first positive results were already being reported by the end of 2021.

This was good news for President Biden. He campaigned on bringing COVID-19 under control and thought he would have an easy time now that vaccines were becoming available. However, as 2021 wore on, the vaccination drive hit a number of road blocks. They included Presidential rumor-mongering; the politicization of COVID-19 related issues, including vaccines and treatments; social media disinformation; anti-vaccine protests and movements often funded by sections of the corporate capitalist class; generalized political distrust and a simple lack of access created by a vaccine roll-out that fell far short of the effort required. So vaccine uptake was far short of the high levels required. Immunity also proved to be of short duration because of the eventual requirement of booster shots, first a second and then a third and even a fourth.

As a result, while about 78 percent of the US’ eligible population has had one dose of a vaccine, only 67 percent has had a second and only 31 percent has had the essential third shot.

No wonder infections and deaths continue to climb. No wonder the US remains vulnerable to new variants.
Amid all this there is one failure that is the most fundamental of all. By any account, China’s strategy of dynamic zero-COVID has proved most effective, both at saving lives and at ensuring that the economy, essential to the survival and well-being of all, is brought back on track as soon as possible, even where severe restrictions or lockdowns are necessary. Rather than learning from China, US authorities and mainstream media instead fault China for causing economic disruptions, even though, compared to the economic devastation caused by the US’s approach, China has performed well both against covid, and economically, with higher growth rates over the years of the pandemic.

In the West, moreover, what ‘saving livelihoods’ means in practice is saving the processes of financialized capitalist accumulation and the wealth, income and assets of a tiny elite. So, in effect, the West has been willing to sacrifice lives at the altar of capital. Ironically, however, doing that proved counterproductive. For two years, it has required repeated lockdowns causing much and lasting economic damage. That is what has made what should have been a serious but manageable public health emergency into a major crisis of capitalism.

The 1 million COVID-19 deaths milestone should have been a time to confess to these failures and committing to the only strategy that works, one of dynamic zero-COVID policies. Instead, the President had relinquished responsibility and confined himself to simply urging everyone to “do the right thing” , get vaccinated and learn to “live with covid”. 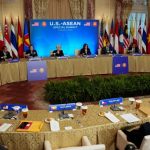 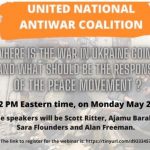 Where is the War in Ukraine Going and What Should be the Response of the Peace MovementPeace, Russia, Ukraine, United National Antiwar Coalition - UNAC, USA, Video, Webinar