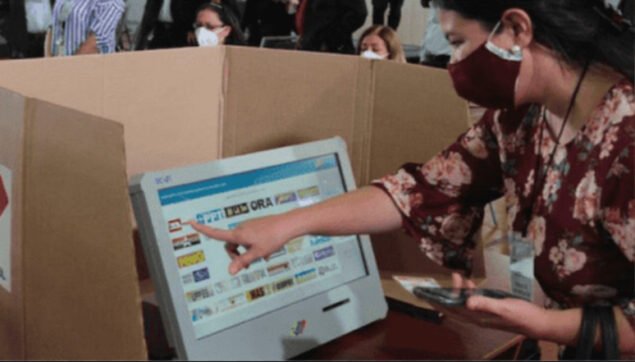 The elections are being monitored by 1,500 observers and 300 representatives from 34 countries.

The elections are being monitored by 1,500 observers and 300 representatives from 34 countries.

Taking part as an observer in these elections “has been an interesting experience. I was in the Parish Coche, in Liberator municipality, and what I found there was massive participation, very prepared authorities, and sophisticated technologies,” Shaw assured.

“Everything you hear about Venezuela in my country is a lie. Venezuelan people can give democracy lessons to the U.S. government,” he said.

.@GloriaLaRiva reporting for Liberation News from Caracas, Venezuela on tomorrow's National Assembly elections. Spirits are high among supporters of the Bolivarian Revolution! pic.twitter.com/3cFO50i1ns

Venezuela has organized 25 electoral processes over the last 20 years. “All of them were well-organized with all the proper guarantees. Meanwhile, the last U.S. presidential election was marked by irregularities and scandals because the President refuses to leave power,” Shaw explained.

The U.S. former presidential candidate Gloria La Riva, who also takes part as an election observer, affirmed that no one can doubt the legitimacy of these parliamentary elections.

“President Nicolas Maduro has handled the country’s situation exceptionally. Today, Venezuela is carrying out a peaceful, safe, and transparent electoral process thanks to his good leadership,” La Riva considered.

The voting is being monitored by 1,500 observers and 300 representatives from 34 countries worldwide. Once the polls are closed on Sunday evening, different audits will be carried out to observe the vote count.