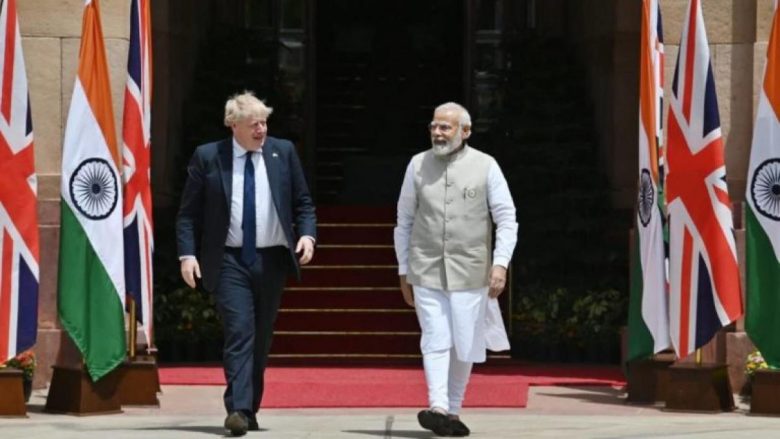 An extraordinary thing about British diplomacy is that it continually looks for ways to stay ahead of the curve and provide added value to its customer across the Atlantic, the United States. That makes the remarks on Ukraine conflict by the UK Prime Minister Boris Johnson at his press conference in New Delhi on Friday, April 22, 2022, highly significant.

An extraordinary thing about British diplomacy is that it continually looks for ways to stay ahead of the curve and provide added value to its customer across the Atlantic, the United States. That makes the remarks on Ukraine conflict by the UK Prime Minister Boris Johnson at his press conference in New Delhi on Friday, April 22, 2022, highly significant.

Johnson brought to mind the evocative lines of Matthew Arnold’s poem Dover Beach on the “melancholy, long, withdrawing roar” when faith is receding. He was completely at odds with the focus of the US president Joe Biden’s remarks at the White House just the previous day where he vowed

Biden managed to pack all this vitriolic rhetoric in one single speech! In fact, he even rounded off exuding optimism that “There is no evidence yet that Mariupol has completely fallen”.

But Johnson, in sharp contrast, tended to go along with the forecast by British Military Intelligence that the Russians could win in Ukraine. Without any verbal acrobatics, he straight came to the point:

“I think the sad thing is that that (Russian victory) is a realistic possibility. Yeah, of course. Putin has a huge army, he has a very difficult political position … the only option he has now is to continue to try to use his appalling, grinding approach, driven, led by artillery, trying to grind the Ukrainians down. He’s very close to securing a land bridge in Mariupol now. The situation is, I’m afraid, unpredictable. We just have to be realistic about that.”

During his recent visit to Ukraine, Johnson had reportedly advised President Vladimir Zelensky to make a retreat from and form a new defence line but Zelensky had no option but to follow American advice.

For President Biden, of course, there is good enough reason why the war should continue as a forever war. The war rallies Europe behind the US’ weakening transatlantic leadership. Besides, Biden now has an alibi to explain away the high inflation in the US economy. He is placating the military-industrial complex in an election year. Biden announced on Thursday a new $800 million package in military aid for heavy artillery, 144,000 rounds of ammunition and drones, which will be sent “directly to the front lines of freedom” in Donbass.

However, the big question remains: How long will the Western unity behind American leadership hold if Biden seeks a protracted conflict with Russia? The successive defeats in Mariupol and Donbass would not only break the back of the Ukrainian army and seriously dent the credibility of the US but discredit the entire Western triumphalist narrative.

While the western sanctions have hurt the Russian economy, per current indications, Moscow is adjusting to a “new normal.” Contrary to Western expectations, the sanctions have not shifted Russian public opinion against the government. The successful testing last Wednesday of Russia’s next-generation intercontinental ballistic missile Sarmat — which “has no analogues in the world and will not have for a long time to come” (Putin’s words) — is no doubt a defiant assertion.

Meanwhile, Western attempts to “isolate” Russia have no success stories to tell. At the G20 finance ministers meeting in Washington, the “Russia boycott” plank had no takers other than the Western bloc. The US failed to persuade Saudi Arabia to disengage from its OPEC+ cartel with Russia. Above all, in the key area where it matters most — oil and gas — Europe is unable to agree to an embargo. Several EU countries threaten to veto any such move by the Commission.

European economies are in varying stages of meltdown, as the blowback from sanctions begins to hit them. Germany’s central bank warned Friday that a full embargo on Russian energy purchases could could cost 180 billion euros, take 5% off Germany’s expected GDP this year, and tip the economy back into a severe recession. It warned that even the need to find replacement sources of energy would put a rocket under inflation, adding over 1.5% percentage points to this year’s consumer price index and over 2% points to next year’s.

Chancellor Olaf Scholz told Spiegel on Friday that a gas embargo is ultimately about “avoiding a dramatic economic crisis, the loss of millions of jobs and of factories that would never open again.” He said that given such “huge consequences for our country, for the whole of Europe,.. it’s my responsibility to say: ‘We can’t allow that (embargo)’.”

Europeans are realising sooner rather than later that they are big losers. Aside disruptions in supply chains hampering industrial production, what with the burden of 5 million refugees (so far) and the big impact on food security due to the war in the “breadbasket of Europe” combining with the short supply of the fertilisers that are used to increase crop yields, Europe is feeling the brunt of price hikes.

Even before the war in Ukraine, fertiliser prices were rising rapidly due to the increasing cost of gas, with nitrogen fertiliser costing almost five times as much as it did this time last year. Experts warn that all this could lead to a food crisis. Agitated farmers have led protests calling for concessions.

The Gallup International polls have shown that the biggest concerns of EU citizens at the moment are rising prices, fear of a widening war in Ukraine and possible shortages in energy supply. More than half of EU citizens believe that Europe has already provided sufficient support to Ukraine.

This is where the defeat in Donbass turns into a climactic event calling into question the entire US narrative on Ukraine — NATO expansion, European security, and dialogue with Russia — and, of course, the fixation about Vladimir Putin’s leadership of Russia.

A poll published Thursday by The Associated Press-NORC Center for Public Affairs Research shows Americans’ desire to get involved has waned somewhat. Only 32% say the U.S. should have a major role in the conflict, down from 40% last month. An additional 49% say the US should have a minor role.

While speaking in Delhi, Johnson all but discarded Biden’s narrative. Instead, he called for “setting out a vision for the future of Ukraine in the security architecture of Europe. Where does Ukraine fit in now?”

Johnson said Ukraine needs to be able to answer that question eventually — “what the Ukrainians want eventually.” Interestingly, he didn’t use the word “Ukrainian government.”

Johnson dilated on “a collection of security guarantees from like-minded countries — security commitments about what we can do to back them up with weaponry, with training, and with intelligence sharing.” But he quickly added that this cannot be “like an Article 5 (NATO) guarantee.” Instead, he said, Ukraine should have “deterrence by denial.” 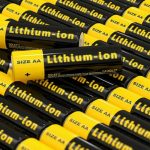 ‘The lithium is ours:’ Senate of the Republic of Mexico approves AMLO’s mining reform, nationalizing the metalImperialism, Lithium, Mexico, Mining, New world order 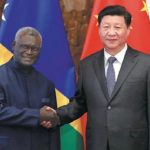