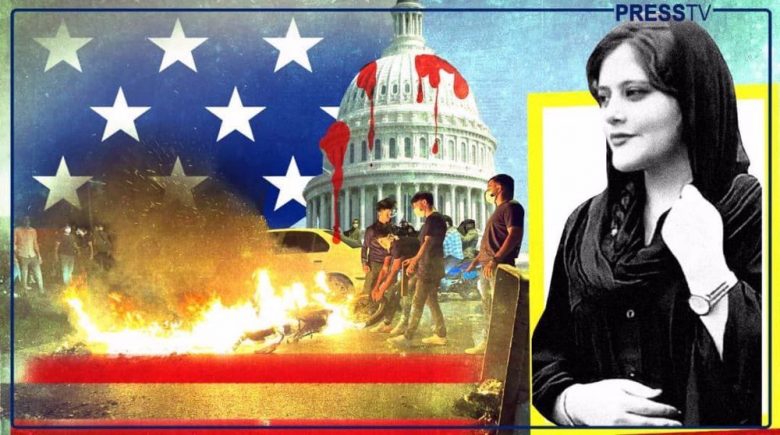 The unfortunate death of Mahsa Amini, a 22-year-old Iranian woman, in police custody in the capital Tehran last week sparked angry protests inside and outside the country, to the point that the incident, which is still under investigation, has caught the imagination of people and media worldwide.
________________________

Amini, who hailed from the city of Saqqez in Iran’s western Kurdistan province, was in Tehran to meet her relatives when she was detained and taken to the headquarters of the moral security police over violation of the Islamic dress code.

As CCTV footage released by the police later showed Mahsa fainted inside the police office, without any physical contact, after which she was transferred to a Tehran hospital, where she was pronounced dead.

Her tragic death drew grief and shock across the country. On social media, Persian tweets with the hashtag “#MahsaAmini” became a global trend. Massive demonstrations were held in Tehran and other major Iranian cities in protest against her mysterious death.

Top Iranian authorities, including President Ebrahim Raeisi, stepped in immediately and ordered thorough probes into the incident and assured protesters that the truth shall prevail.

However, that didn’t allay the concerns of some so-called “protesters,” who upped the ante. Soon, as we saw, protests turned into deadly riots, with unruly mobs going on the rampage in different cities.

They attacked public properties, torched ambulances, vandalized banks and mosques, set ablaze the flag of the Islamic Republic, and fatally stabbed some policemen patrolling the streets.

By the time this piece was filed, the death toll from the countrywide riots had jumped to 41. Western regimes and the corporate mainstream Western media continue to cheer for the hoodlums.

Azizullah Maleki, the police chief in Iran’s northern Gilan province, stated that more than 739 rioters had been arrested in different parts of the province in the wake of Amini’s death.

Iran’s state-run news agency IRNA quoted the police chief as saying that a large cache of weapons, ammunition, and explosives were seized from the possession of rioters during the arrests, pointing to a foreign-backed conspiracy.

If, as the Western mainstream media is portraying, these rioters are peaceful protestors calling for justice and accountability, why would they hurt other civilians, slit the throats of police officers, vandalize public property, or carry weapons, ammunition, and explosives?

Take for instance the events of January 6, 2021, in Washington. In comparison to how the US ruthlessly dealt with unarmed protesters on Capitol grounds that day, Iranian forces have exercised utmost restraint in dealing with rioters who have brazenly taken the law into their hands, stabbing police officers and dragging them in the streets with video evidence of their crimes documented online.

Just two days ago, one of those who broke into the US Capitol on Jan. 6, 2021, was sentenced to four years in prison. That man did not carry an assault weapon, nor did he slit the throat of a police officer. But the Western mainstream media wants Iranian authorities to allow the armed rioters to run amok.

Apart from rumors and conflicting narratives doing the rounds on the internet over what some activists have called the “politically appetizing issue,” a series of global condemnations began pouring in against the Islamic Republic of Iran.

The White House termed Amini’s death a “flagrant and appalling violation of human rights,” despite video evidence of her collapsing on her own inside the police office, without any force.

The Director General of Forensic Medicine in Tehran, Dr. Mehdi Forozche, declared in his report that there were no signs of beating or wounds as well as no bleeding or rupture in her internal organs, ruling out any foul play in her death.

Yet, you see the White House blatantly playing the “human rights card” and assuming the moral high ground while the US government has itself spent more than $1.5 billion to settle claims of police misconduct involving thousands of officers repeatedly accused of wrongdoing.

Are we really surprised with the American regime’s opportunism and the use of human rights as a tool to instigate “regime change” color revolutions in countries like the Islamic Republic of Iran that refuse to submit to the US political, economic, and military belligerence?

Are we surprised that Western-affiliated and funded news websites and social media platforms are inundated with articles, blogs, and podcasts directing public opinion against Iran with direct incitement and clear mobilization, and discussion of public and individual freedoms in Tehran? That’s an easy NO.

Irrespective of the fact that investigations into the tragic death of Amini are underway, the media coverage in the West and some Arab countries has continued to focus on the incident itself, distorting and twisting it to suit their sinister agendas, while saying nothing about the ongoing probes.

They continue to incite the unruly and blood-thirsty mobs against the Iranian police and the government while imaging that the innocent blood being spilled on the streets will bring an end to the Islamic Revolution and reinstall a pro-West regime in Tehran. That’s pure wishful thinking.

Western media continues to portray the protests-turned-riots in Iran as a sign of fundamental socio-political change in the country, suggesting that the rioters constitute the majority of people acting on their own.

Those burning the Iranian flag, vandalizing public property, attacking ambulances, or raising the slogans of “regime change” are a handful of thugs working for the Western agencies.

The majority are those who proudly took to the streets in Tehran and other major Iranian cities on Friday, reaffirming their sacred pledge to the ideals of the Islamic Revolution and the martyrs who gave their blood to keep the revolution alive. Their blood is the red line. 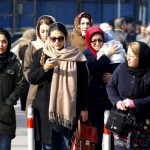 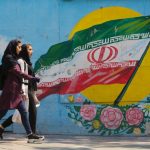