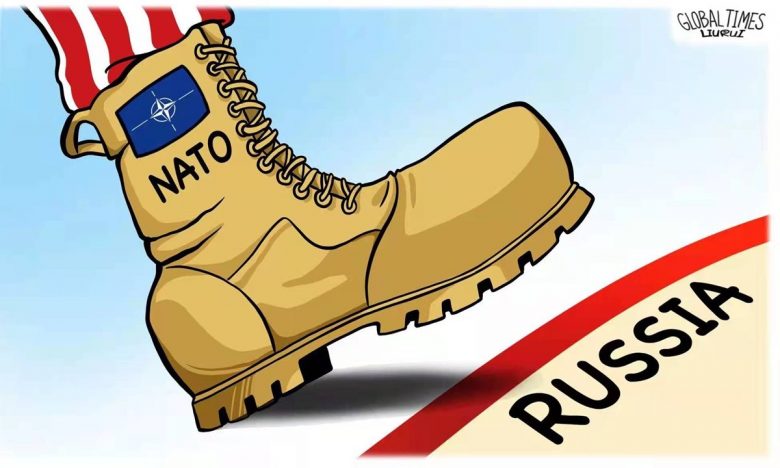 Cause of war Cartoon: Liu Rui/GT

Nobody can seriously argue that NATO is fundamentally defensive in character. It is an aggressive, nuclear alliance designed to enforce US hegemony. NATO’s purported raison d’être was to protect its members from Soviet aggression and expansion. Yet when the Soviet Union collapsed and the Warsaw Pact dissolved in 1991, there was no serious discussion about disbanding NATO.

NATO was formed in 1949, just four years after the end of World War II, to provide military infrastructure for the US-led Cold War alliance. Its existence allowed the positioning of American troops and weaponry in Europe, ready for rapid deployment against the Soviet Union and the newly formed People’s Democracies in Eastern and Central Europe.

NATO’s purported raison d’être was to protect its members from Soviet aggression and expansion. Yet when the Soviet Union collapsed and the Warsaw Pact dissolved in 1991, there was no serious discussion about disbanding NATO. Indeed NATO only became more aggressive.

Nobody can seriously argue that NATO is fundamentally defensive in character. It is an aggressive, nuclear alliance designed to enforce US hegemony.

In the decades following the Soviet collapse, NATO has expanded from 16 countries to 30 – reneging on repeated promises made to the Soviet and Russian leadership in the early 1990s that NATO’s borders would move “not one inch” East of Germany. In fact NATO’s borders have moved right up to Russia’s doorsteps.

This process of NATO expansion is the underlying cause of the current crisis in Europe. In 2014, the US supported a coup in Ukraine that brought a pro-West government to power. This government was from the beginning explicit about its intention to join NATO.

The Russian government made it abundantly clear that Ukraine joining NATO would cross a red line in terms of Russia’s security concerns, given the two countries shared a 2,000-kilometer border.

Russia repeatedly called for dialogue with Ukraine, the US and NATO in order to address its legitimate concerns, but these requests were rebuffed. Meanwhile NATO conducted several joint military exercises with the Ukrainian army.

This is the trigger for Russia’s military operation in Ukraine. South African President Cyril Ramaphosa stated bluntly that the current war “could have been avoided if NATO had heeded the warnings from amongst its own leaders and officials over the years that its eastward expansion would lead to greater, not less, instability in the region.”

China has consistently called on all protagonists in the Ukraine crisis to acknowledge the principle of indivisible security. Ukraine joining NATO would be a threat to Russia’s security, and therefore it must be taken off the table and Ukraine should commit to neutrality. As Columbia University professor Jeffrey Sachs says, Ukrainian neutrality will help to keep NATO and Russia separated – “a positive good for all parties, and for the world.”

Going forward, the peoples of the world may well ask themselves whether a stable peace is possible while NATO continues to exist. As Chinese Ministry of Foreign Affairs spokesperson Wang Wenbin noted recently: “NATO serves no other purpose than war. It has never contributed to peace and security of our world and will never do so.”

The crisis in Ukraine is caused primarily by NATO’s aggression and expansion. Achieving lasting peace means checking that aggression and expansion; however, the US is leveraging the war as an elaborate advertisement for NATO, promoting a bloc-based version of collective security premised on opposing Russia. Sweden and Finland have long thrived under a policy of military non-alignment, but they are now coming under pressure to discard neutrality in favor of NATO membership. Such a policy will foment collective insecurity and push the European continent further into chaos.

Collective security was the global watch-word in the aftermath of World War II and the defeat of German fascism and Japanese militarism. However, collective security cannot work on the basis of division and exclusive blocs, in which the security of one country compromises the security of another. For that very reason, the Soviet Union offered to join NATO in 1954, a year before the establishment of the Warsaw Pact. What Europe needs is a collective security mechanism that includes the entire continent, has a legitimate basis in international law, and pays attention to the legitimate security concerns and national rights of all parties.

The minimum, immediate condition for peace in Europe is to guarantee no further expansion of NATO. In the longer term, Cold War blocs such as NATO and AUKUS should be dismantled, so that humanity might realize its long-cherished common dream of global peace. 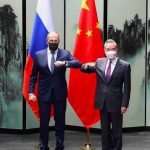 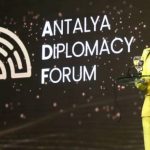