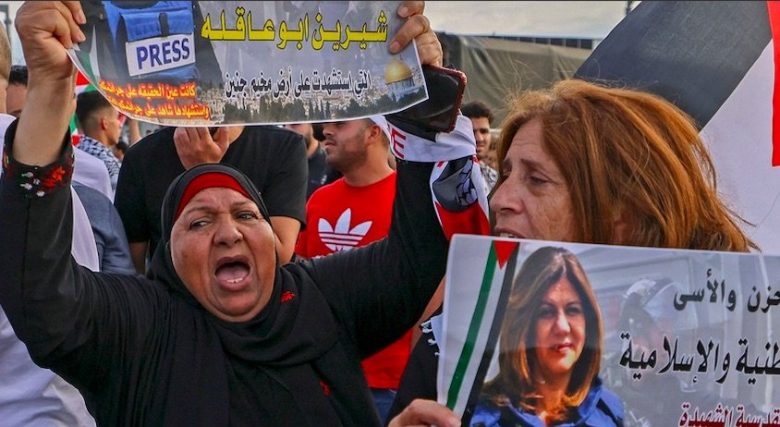 Palestinians protest the death of veteran Al Jazeera journalist Shireen Abu Akleh, who was shot dead by Israeli forces while covering a raid on the Jenin refugee camp in the illegally occupied West Bank on May 11, 2022. (Photo: Ahmad Gharabli/ AFP via Getty Images)

Noting Israel’s “long history of targeting journalists” one Palestinian rights advocate called on the FBI to launch an independent investigation into the Al Jazeera correspondent’s death… Citing the IDF’s deadly history of targeting journalists during wars, invasions, and other military operations in Palestine, the women-led peace group CodePink demanded an “immediate suspension of U.S. military aid to Israel and a thorough and impartial investigation of Shireen’s murder.”

Human rights advocates on Wednesday called for a thorough and transparent investigation after Al Jazeera and witnesses said Israeli forces shot and killed one of the network’s reporters while she was at work.

Shireen Abu Akleh, a well-known 51-year-old Palestinian-American correspondent, was wearing a helmet and press jacket that clearly identified her as a journalist when Israeli forces shot her in the face as she covered an Israel Defense Forces (IDF) raid on the Jenin refugee camp in the illegally occupied West Bank of Palestine. Another Palestinian journalist, Ali al-Samoudi, was shot in the back but is reportedly in a stable condition.

Citing the IDF’s deadly history of targeting journalists during wars, invasions, and other military operations in Palestine, the women-led peace group CodePink demanded an “immediate suspension of U.S. military aid to Israel and a thorough and impartial investigation of Shireen’s murder.”

The U.S. gives Israel, one of the world’s wealthiest nations per capita, around $3.8 billion in unconditional annual military aid, despite being classified an apartheid state by prominent international and Israeli officials and organizations.

Nihad Awad, national executive director of the Council on American-Islamic Relations, said in s statement that “throughout this year, the Israeli apartheid government has been launching increasingly violent attacks on reporters, worshippers, paramedics, and protesters.”

“Israeli forces also have a long history of targeting journalists, even bombing the Gaza headquarters of the Associated Press and Al Jazeera last year,” he continued. “Our nation’s muted reaction has emboldened this violence. Enough is enough.”

“These war crimes must end, and President [Joe] Biden is the only world leader with the influence to end them,” Awad added. “President Biden should immediately call for a complete end to Israeli attacks on Palestinian territory and direct the FBI to launch an independent investigation into Shireen Abu Akleh’s murder.”

The White House on Wednesday afternoon “strongly” condemned Abu Akleh’s killing while calling “for a thorough investigation to determine the circumstances of her death.”

Israel cannot continue murdering Palestinians with impunity. It cannot continue its violent policy of apartheid and ethnic cleansing. Join us in London this Saturday at 12pm by the BBC to demand justice for Shireen & all Palestinians killed by Israel. The Nakba must finally end. pic.twitter.com/wnxDnUOJIx

Saleh Hijazi, Amnesty International’s deputy director for the Middle East and North Africa, said in a statement that Abu Akleh’s killing is “a bloody reminder of the deadly system in which Israel locks Palestinians. Israel is killing Palestinians left and right with impunity. How many more need to be killed before the international community acts to hold Israel accountable for the continuing crimes against humanity?”

“States around the world have a moral and legal responsibility to take immediate action to put an end to the continuing crimes perpetrated by Israel against Palestinians to maintain the calamity of apartheid,” Hijazi added. “The prosecutor of the International Criminal Court should set the course for justice, truth, and reparation to end the impunity that encourages these ongoing crimes.”

“I'd think the Biden admin. could do more than words when a US citizen is gunned down abroad [in] a press vest, clearly delineating that they should be protected, that they are there to cover & offer truth to the entire world about what is happening…in Palestine” @A7madAbuznaid

The Arab-American Anti-Discrimination Committee (ADC) issued a statement hailing Abu Akleh as “an iconic voice that covered the occupation for over 20 years” whose “name resonates in every Palestinian home, globally.”

“We remember Shireen and the many other Palestinian journalists that put their lives on the line to combat the censorship Western media routinely propagates when covering the occupation,” the group continued. “We remember the millions of Palestinians living under Israeli apartheid, suffering from forced evictions, ethnic cleansing, and lack of basic human rights.”

ADC urged the Biden administration to conduct a “full, independent, and international investigation into the assassination of Shireen.”

“Complete transparency and full accountability for this war crime against an American citizen is necessary,” the group added. “Additionally, as Americans we call on the U.S. government to stop all military aid to Israel, who uses our tax dollars to perpetrate these atrocities. Now is the time to put pressure on the Israeli government and stand up for Palestinian human rights.” 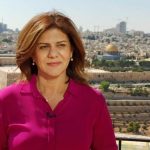 How the US is trying to cover up Shireen Abu Akleh’s killingIllegal settlements and annexation of land, Israel, Palestine 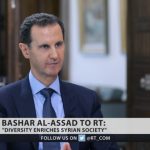