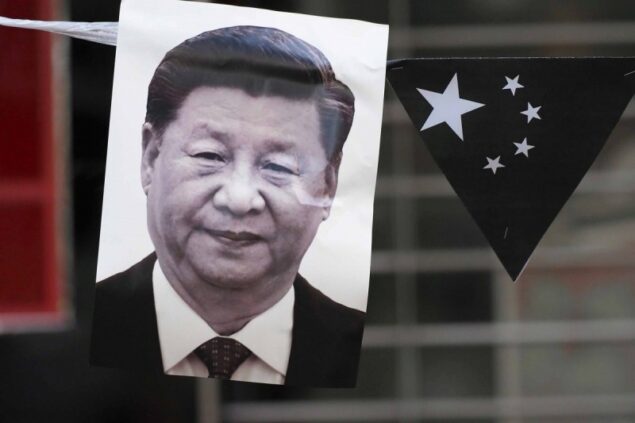 Portrait of Chinese President Xi Jinping at a protest in Hong Kong. Photo by Etan Liam/Flickr.

Bipartisan mistrust of the world’s emerging economic superpower is rooted largely in bigoted tropes and stereotypes.

At this time last year, I was traveling across the Chinese cities of Beijing, Xi’an, Dunhuang, and Ürümqi on behalf of the US-China Solidarity Network. I expected to debunk a number of toxic anti-China narratives through this experience, but I didn’t expect the gap between fact and fiction to be so stark. Each city I visited demonstrated a commitment to addressing the climate crisis. This was evidenced by the abundance of electric vehicles filling city streets and the multitude of solar panels charging both homes and businesses alike. High-speed rail took us across the country on two different occasions. The United States and Canada have yet to invest in this form of rapid land transportation, while China’s network of tracks accounts for two-thirds of the world’s total high-speed railway networks. Many services such as transportation and healthcare are heavily subsidized by the central government. People I spoke with held a wide range of opinions on domestic and international issues, but the majority agreed that the Chinese government was doing right by its people.

The China I came to know during my trip was not the China that governments and media outlets have been talking about ad nauseam since the outbreak of the COVID-19 pandemic. On July 23, outgoing Secretary of State Mike Pompeo urged American tech companies to shun “untrusted Chinese apps” and join the “Clean Network”—a racist euphemism for being free from the influence of the Chinese Communist Party (CPC). He warned that, “ultimately the CPC will erode our freedoms and subvert the rules-based order that our societies have worked so hard to build. If we bend the knee now, our children’s children may be at the mercy of the Chinese Communist Party, whose actions are the primary challenge today in the free world.”

Pompeo is not alone in the view that China’s influence is a net negative for both the United States and the international community. President Donald Trump has questioned China’s COVID-19 numbers and labeled the pathogen the “Chinese virus.” On December 2, Tennessee Senator Marsha Blackburn tweeted that China has a “5,000-year history of cheating and stealing.” Indeed, antipathy toward China is a bipartisan affair. According to Washington Post columnist Josh Rogin, there is a consensus in the capital that any statements coming from the CPC are nothing more than insincere attempts to convince the United States to back off on responding to China’s “external aggression and internal repression.” The Director of National Intelligence, John Ratcliffe, demonstrated this trend by proclaiming that China represents the greatest threat to freedomworldwide and has committed to redirecting a large percentage of National Security Council resources to curb it.

Bipartisan mistrust of China—rooted in bigoted tropes and stereotypes—has made a deep impression on the minds of ordinary Americans. A recent poll from Pew Research found that more than 60 percent of respondents hold a negative view of China and more than 50 percent believe China should pay reparations for its role in spreading COVID-19. As a result of this massive shift in consciousness, few have challenged the confrontational and dangerous posture that the US has taken toward China in recent years. The Trump administration has escalated the military encirclement of China, sanctioned Chinese tech corporations, closed diplomatic channels, and enacted legislation that interferes in China’s internal affairs regarding Hong Kong and Xinjiang. Despite significant partisan opposition to Trump, the Democratic Party failed to speak out against these policies. In fact, Democratic House leader Nancy Pelosi posed with pro-democracy activistsin the halls of Congress prior to the passage of the Hong Kong Human Rights and Democracy Act in 2019.

Perhaps the most direct policy manifestation of America’s fearmongering over China has been the enhanced US sanctions placed on CPC officials. In July, Trump signed off on sanctions against three officials for alleged human rights abuses in Xinjiang. In December, sanctions against the CPC were intensified with the tightening on rules around visitor visas, reducing their duration from 10 years to just one month (the restrictions also include family members). Such an attack represents not only an assault on the 90-million-member strong CPC but also on the entire nation, given the deep relationship that exists between the CPC, the Chinese government, and its people.

The US accuses China of lying, cheating, stealing, and undermining American leadership over the so-called “free world.” But is there any basis to these accusations? Little to no recent evidence has surfaced of China’s malfeasance in the realm of intellectual property or any other aspect of trade relations in general. Ample evidence exists, however, that demonstrates that what the US is worried about is not China’s “bad behaviour” but rather its rise in world affairs, and the growing influence of its domestic technology rivals including Huawei. 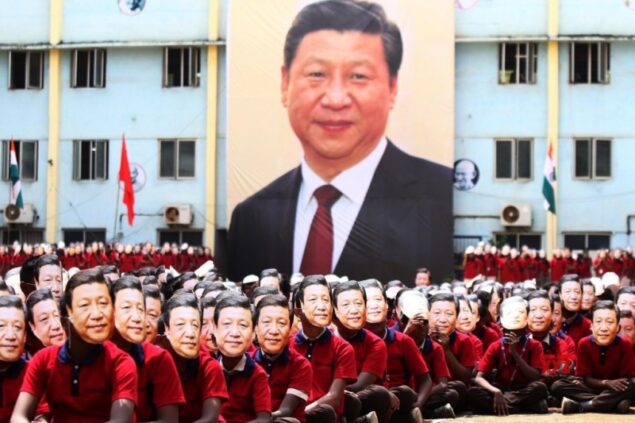 Students in Chennai wearing masks of Chinese President Xi Jinping ahead of his arrival to India for a summit with Prime Minister Narendra Modi, October 10, 2019. Photo courtesy of IANS.

China is not merely competing with the US; it is now surpassing it in many key areas. The economic collapse engendered by Western capital’s inability to contain the COVID-19 pandemic has ensured that China will become the largest economy in the world in GDP terms by 2032 if not sooner. China is accused of being a “sneaky” country yet has maintained quite firmly that its rise is peaceful and its aims straightforward. However, this posture runs counter to an imperialist model of unipolar dominance led by the US in which private profit is always placed ahead of human need.

Let’s review some of China’s most critical policy objectives in the current moment. China’s most significant policy priority over the last decade has been the eradication of absolute poverty, a goal which was achieved more than one month ahead of schedule. China has set out to become a world leader in the areas of technological development, ecological sustainability, and multipolar governance of international affairs. In technology, China has rapidly developed 5G telecommunications, artificial intelligence, and cloud technology at a much faster rate than its Western counterparts. China’s Huawei corporation, a world leader in 5G telecommunications, has led the world in patent submissions for the last three years. This fact is the main reason why Meng Wanzhou, Huawei’s chief financial officer, remains under house arrest in Canada for allegedly violating US sanctions on Iran. China has made a strong commitment to become a carbon neutral country by 2060 and has made multipolarity and multilateralism a focal point of its relations with nations around the world.

The US and its Western allies have made no such commitments. While China pledged to making a COVID-19 vaccine a public good and was busy sending millions of masks, ventilators, and medical experts across the world to the hardest hit countries, many political leaders in the US were questioning the very need to respond to the pandemic at all. Rather than offer relief to working people, the Trump administration abandoned America’s most oppressed communities and has been slow to provide relief to working people. Perhaps expectedly, Washington demonstrated the political will to send trillions in stimulus to the largest corporations and banks to preserve their profits. As China was building test labs in Iraq, the US was seeking to construct new military basesin Syria while starving Iranians with sanctions.

The demonization of China is not rooted in facts. If it was, then the US would be placed under far more scrutiny for its own economic, political, and military crimes. Unlike China, the US has a long history of military aggression and has violated international law countless times by bombing, sanctioning, and overthrowing dozens of governments in the name of “democracy.” Since 2001, 37 million people have been displaced by the War on Terror, a global operation that has cost American taxpayers $6.4 trillion—$2 trillion more than all federal government spending in 2018. No serious efforts have been made by the US government to address persistent levels of racial discrimination faced by Black Americans and other oppressed minorities living within its borders.

Racially-charged capitalist competition is the driving force behind US and Western antipathy toward China. America and its allies are worried about the erosion of their hegemony and the risk that China’s state capitalist economy poses to its most precious possession: the unmitigated right to exploit people and the planet without interruption. China’s embrace of market economics is unsatisfactory—US leaders cannot fathom priorities such as South-South cooperation, poverty alleviation, or developmentalism taking the lead in world affairs. The US and its allies want China to once again become a willing servant to imperial power as was the case prior to the country’s 1949 revolution.

Racist fears about China have existed for more than a century in the US. ‘Yellow Peril’ emerged as a mechanism to control and exploit migrant Chinese workers fleeing from the devastation that the West’s Opium Wars imposed on China. Today, Yellow Peril racism has manifested in tandem with contemporary forms of anti-communism to demonize China in mainstream politics and media.

The key issue is that a non-white country of 1.4 billion people is now surpassing the US much faster than anticipated, and doing so with a different set of priorities. China’s leadership places an emphasis on cooperation and mutual development while US hegemony is predicated upon full-spectrum dominance backed, if necessary, by violent military force. In response to China’s rise, a bipartisan consensus has been reached in the halls of Washington to “contain” China.

Donald Trump took a direct and increasingly aggressive approach to relations with China, and there are hopes that Joe Biden will at least curb some of his predecessor’s most hostile rhetoric. It would be a mistake, however, to believe that a new administration will lead to peace between the two nations, as Biden passionately competed with Trump during the 2020 election over who would be tougher on China. After all, as Fred Hampton regularly noted, peace will only become a reality if the people are willing to fight for it.

Danny Haiphong is an activist and regular columnist at Black Agenda Report. 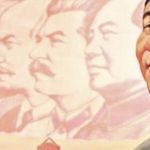 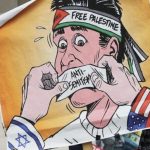