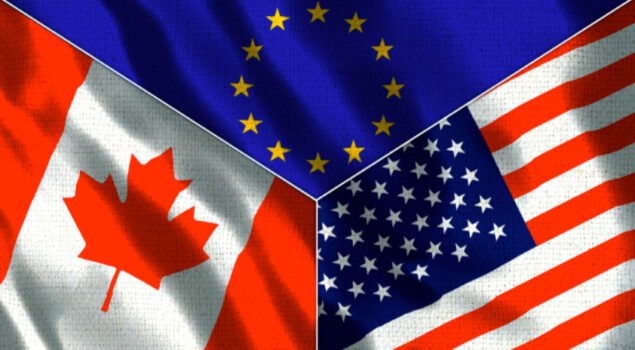 The US State Department posted a media note on its website last June 25 “released by Secretary of State Antony J. Blinken, the EU High Representative for Foreign Affairs and Security Policy Josep Borrell, and Canadian Minister of Foreign Affairs Marc Garneau.” The actual message comes two thirds of the way down the note: “We welcome substantive, credible advancements to restore core democratic processes and institutions in Venezuela and are willing to review sanctions policies based on meaningful progress in a comprehensive negotiation.”

The actual message comes two thirds of the way down the note: “We welcome substantive, credible advancements to restore core democratic processes and institutions in Venezuela and are willing to review sanctions policies based on meaningful progress in a comprehensive negotiation.”

There is no reason to get over excited about this because the first two thirds lay out the conditions for that to take place in a typical imperial way. Many will read this as a call to Venezuela to surrender prior to any “negotiation”. I certainly do. But it is the last paragraph that turns out to be the most shocking.

While the note says, “Venezuelan-led, comprehensive negotiations with participation from all stakeholders” should take place, why are these foreign states putting up their own conditions on a sovereign country? This runs totally contrary to the meaning of dialogue or negotiation. A minimum requirement for a dialogue is recognition of parity of the participants and a respectful approach, as president Maduro has been repeatedly saying. None of this is reflected in this media note. In fact, this sounds more like a call to capitulation in exchange for some promises to remove “sanctions” that are illegal to start with, and “we” (US, EU and Canada) decide what is “credible”, “democratic” and “meaningful”.

Further, which “institutions” do they expect to be “restored”? There are numerous political parties in Venezuela including those that forcefully attempt to overthrow the legitimate elected president of the country. Venezuela has one of most progressive constitutions covering all aspects of a just society that includes five Powers. Aside from the traditional Executive, Legislative and Judicial Powers, there are two additional ones that are meant to guarantee a democratic and accountability process: the Electoral and Citizens Powers. The reason it is important to remember this is that following the short-lived success of the coup against Hugo Chavez in 2002, the first “official” act of the coup perpetrators was to annul the  1999 constitution with all its institutions.

If this US State Department media note is a statement of any kind, it is a statement of defeat while appearing to dictate conditions. Those foreign powers have failed to produce a regime change in Venezuela after 20 years, have not succeeded with their “maximum pressure” strategy with coercive measures, and are recognising that Venezuela will have a major election in November 2021 to elect regional and municipal candidates except for the presidency (the EU announced that it will send a technical delegation). But most importantly, they have failed to impose a foreign-chosen self-appointed “interim president, Juan Guaido, who has hinted at participating in the November elections and whose role is unknown. If he should decide to participate he could not aspire to anything more than a state governorship.

Interestingly, this media note follows an extensive interview that president Nicola Maduro gave recently to Erik Shatzker of the Bloomberg media. It appears to be a reply to Maduro’s pointed statements of openness to dialogue with the US “government elite” and to foreign investment while retaining full control of the State, the social programs and the democratic process towards the November elections that already counts with large opposition participation (except the Guaido kind of opposition).

Perhaps the most shocking admission in the State Department statement is in the last paragraph, “We remain committed to addressing the dire humanitarian crisis inside Venezuela and welcome further agreement among all political actors in Venezuela to allow for unfettered access to humanitarian assistance, to include food, medicine, and critical COVID-19 relief supplies.” Emphasis: “to include…critical COVID-19 relief supplies.”

This is no less than a shameless admission of guilt in weaponizing the world pandemic by punishing innocent Venezuelans by preventing necessary COVID-19 vaccines to be sold to Venezuela. It is a blatant admission of holding hostage a whole population by preventing Venezuelans access to much needed medication without which many may die. An action that is not even allowed in an armed war situation. Reports have already denounced this. Now the Western powers themselves admit it.

The people of the United States, the European Union and Canada – indeed all people – should show outrage at this act of attempted genocide.

Nino Pagliccia is a Venezuelan-Canadian statistician who writes about international relations with a focus on the Americas. Nino Pagliccia has managed collaborative projects with Cuban partners in the University of British Columbia’s Global Health Research Program. He is the editor of “Cuba Solidarity in Canada—Five Decades of People-to-People Foreign Relations” (2014). He has been the vice-president of the Canadian-Cuban Friendship Association in Vancouver and founding co-chair of the Canadian Network on Cuba. He has led groups doing volunteer work in Cuba for over 12 years. 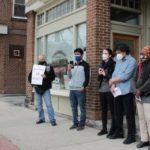 How a U.S. Congressman Took on the U.S. Blockade Against VenezuelaEconomic Sanctions as Collective Punishment, Hope, No voice is lost, Venezuela 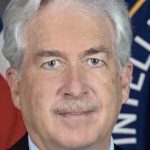