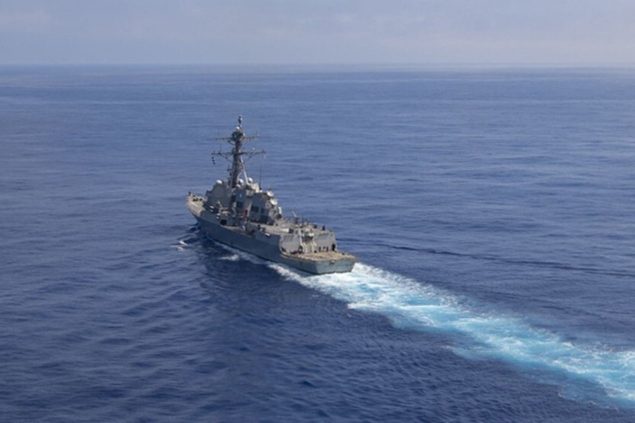 The USS Rafael Peralta is the second US destroyer to be spotted in the Yellow Sea in less than a month. Photo: Twitter

America is ‘playing with fire’ by allowing warship to sail close to Chinese territory at such a sensitive time, says military expert, and USS Rafael Peralta is second US destroyer sighted in Yellow Sea in less than a month.

A US Navy destroyer was spotted sailing through the Yellow Sea off the coast of Shanghai on Friday morning, in a move one observer described as the United States “playing with fire”.

The USS Rafael Peralta, an Arleigh Burke-class destroyer, was seen 116 nautical miles off China’s east coast at about 8am, according to a picture released by the South China Sea Strategic Situation Probing Initiative, a think tank based at Peking University, which cited the vessel’s AIS (automatic identification system) signal.

The ship, which is the second US destroyer to be seen in the Yellow Sea in less than a month, entered the waterway from the East China Sea and had been in waters close to China since May 3, the image showed. 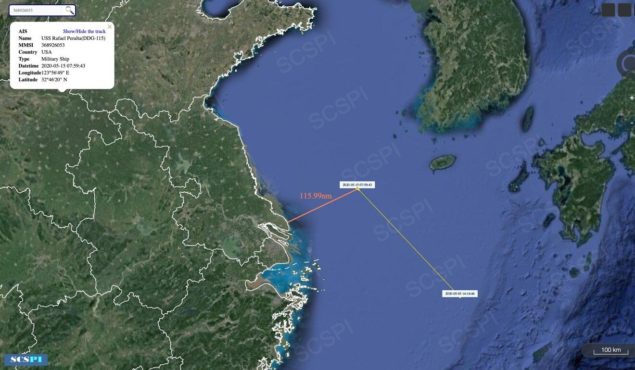 The US Navy destroyer was seen about 116 nautical miles off China’s east coast. Photo: SCSPI

The US Pacific Fleet confirmed the ship’s movements in a Twitter post on Friday, saying the Rafael Peralta, which is capable of carrying out anti-aircraft and strike operations, had sailed in the East China Sea “this week”.

One of the images accompanying the post showed members of the crew standing in formation to create the number “115” to show how many days they had been deployed.
The appearance of the US destroyer came as China on Thursday began an extended military exercise in the Yellow Seainvolving two of its aircraft carriers. The 11-week drill will run until July 31, as the PLA Navy seeks to catch up on training missed because of the coronavirus pandemic.

The sighting also coincides with the latest peak in hostilities between China and the US, as the two sides remain locked in an increasingly bitter confrontation on multiple fronts, including trade and the military.

On Thursday, US President Donald Trump said in an interview with Fox Business News that he was disappointed with China’s failure to contain Covid-19 and that the US might “cut off” its whole relationship with the world’s second-largest economy as recompense.

As of Friday morning, the US had reported more than 1.4 million coronavirus infections and close to 86,000 deaths. 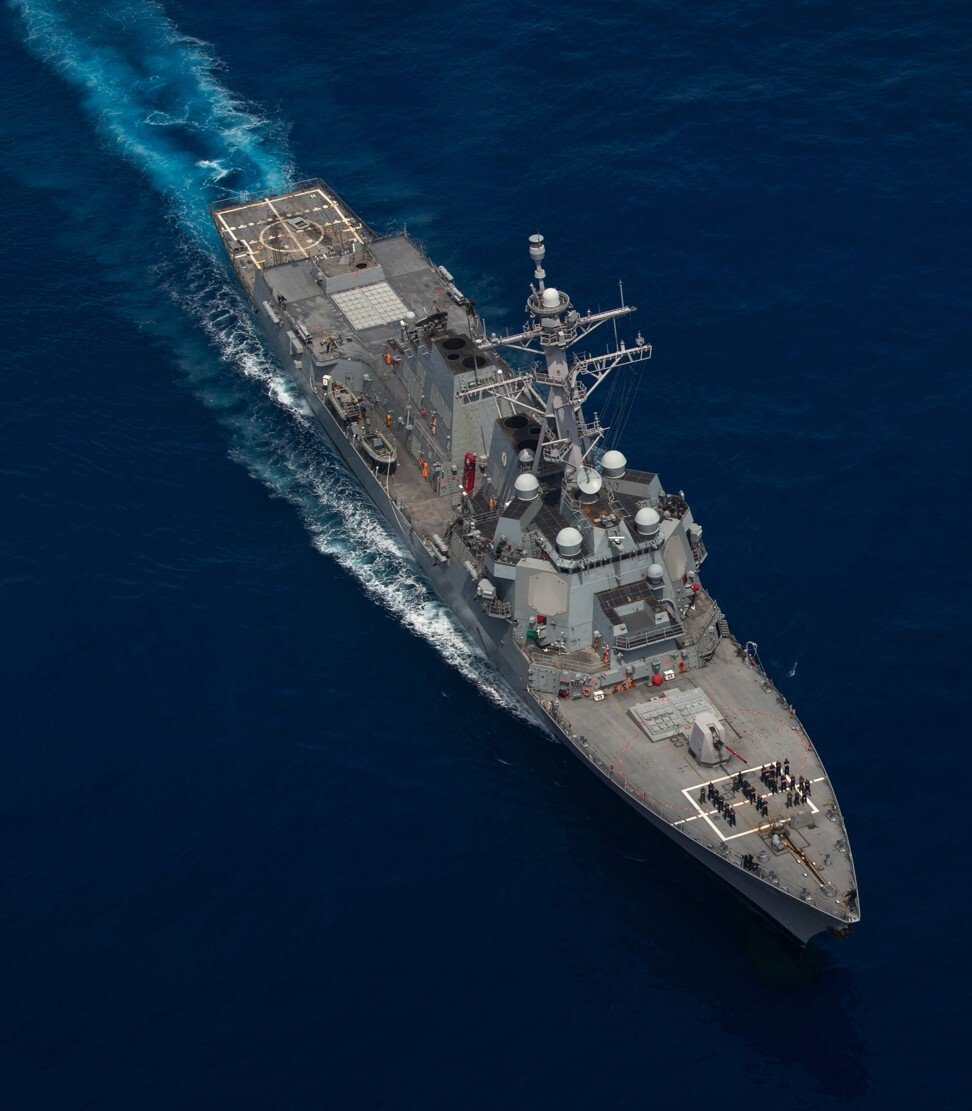 Members of the Rafael Peralta’s crew create the number “115” to show how many days they have been deployed. Photo: Twitter

The sighting of the Rafael Peralta came after the USS McCampbell was spotted 42 nautical miles off the coast of Weihai in east China’s Shandong province on April 17.

The US has stepped up its military activity around China in recent months, with its warplanes conducting at least 39 flights over the South China Sea, East China Sea, Yellow Sea and the Taiwan Strait – including two that passed close to Hong Kong – since the start of the year.

Beijing-based military expert Zhou Chenming said the US was playing with fire by sending warships so close to China at such a sensitive time.

This kind of act can do no good and will only make Beijing question Washington’s strategic aims,” he said.

Are they coming to spy on China’s drill in the Bohai region? Are they gathering intelligence to destroy China’s developed industrial regions along the east coast in the future? Are they showing their support for Taiwan’s separatist forces? Or are they preparing to fight a war with China?”

Collin Koh, a research fellow with the S Rajaratnam School of International Studies at Singapore’s Nanyang Technological University, said that while the US regarded the destroyer’s movements as a freedom of navigation exercise, Beijing would not see it that way.

Besides the legal aspect, the political implication is that in the current, tense circumstances, such transits might not be viewed as normal,” he said

[The passage is] sensitive when seen from a strategic military perspective.” 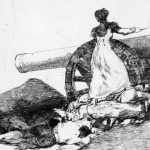 Connecting the dots on the assault of the Cuban EmbassyCuba, Latin America and the Caribbean, USA 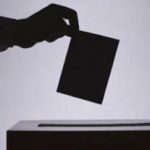 Why the left’s case for lesser evil sounds hollowJonathan Cook, US 2020 elections, USA