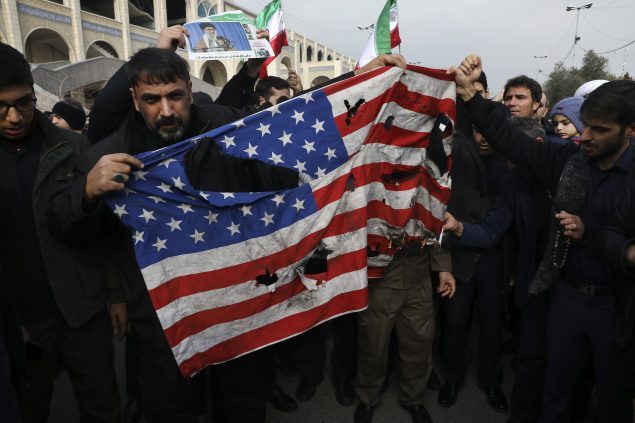 Protesters burn a U.S. flag during a demonstration over the U.S. airstrike in Iraq that killed Iranian Revolutionary Guard Gen. Qassem Soleimani, in Tehran, Iran, Jan. 3, 2020. Iran has vowed “harsh retaliation” for the U.S. airstrike near Baghdad’s airport that killed Tehran’s top general and the architect of its interventions across the Middle East, as tensions soared in the wake of the targeted killing. (AP Photo/Vahid Salemi)

Donald Trump is not the first US president to be accused of using military force illegally. But this White House seems to be giving Trump greater executive license to kill – and to start wars.

Original title: US killing of Soleimani & claims it has right to attack Iran is not ‘restoration of deterrence,’ it’s return to the Wild West

Donald Trump is not the first US president to be accused of using military force illegally. But this White House seems to be giving Trump greater executive license to kill – and to start wars.

This week, Secretary of Defense Mark Esper in a media interview claimed the US has the right under Article II of its Constitution to attack Iranian territory in response to offensive action by Iranian-backed militia in Iraq.

There has been a reported surge in rocket attacks on US bases in Iraq following the killing of General Soleimani and his companion, the Iraqi militia commander Abu Mahdi al-Muhandis.

In Esper’s reasoning, the US would have the right to launch airstrikes on Iran. And in Trump’s reasoning, he does not have to seek authority from Congress.

Canada-based war crimes lawyer Christopher Black comments: “Esper’s claim is incorrect because all that Article II does is make the president the commander of the armed forces. It does not give him the right to attack any nation without the consent of the Congress nor murder foreigners in foreign countries, nor violate its international legal obligations under the UN Charter and other covenants that are considered also to be part of US domestic law.”

Black added: “Further, US claims of self-defense are also false as international law does not give authority to a nation to launch an attack on another country it is not at war [with].”

It’s tantamount to a policy of shoot now, and only later answer questions about it. In Trump’s case, he’s not even prepared to answer questions as can be seen from his defiance in the face of criticism about the drone-killing of Iranian General Soleimani.

With growing doubts about the initial justification for the president’s order of that assassination, Trump has subsequently lashed out and asserted that even if Soleimani’s alleged threats were not “imminent,” he still deserved to be killed by US forces in Baghdad on January 3.

The earlier claim by Trump and his aides that there was an “imminent threat” to US personnel in Iraq stemming from Gen. Soleimani’s liaison with Shia militia was a key qualifier for the presidential executive order of the killing. Team Trump argued that the president had to make a quick decision as commander-in-chief, thereby bypassing congressional notification, as the 1973 War Powers Act instructs.

But now it turns out the supposed threat posed by Soleimani was not so imminent. Indeed, Pentagon chief Mark Esper contradicted the president in a media interview saying he did not see intelligence evidence that an attack was about to take place against four US embassies in the Middle East. Having the “imminent threat” argument undermined, Trump has nevertheless blurted it doesn’t matter anyway. Soleimani was a legitimate target because of his “horrible record.”

Hold on a moment. This is getting into extremely dangerous legal territory, whereby an American president is claiming to have the authority to kill a foreign leader without any evidence or indictment. That’s the conduct of the Wild West, not the leader of a constitutional state bound by legal obligations to international laws that specifically outlaw such conduct.

The International Association of Democratic Lawyers, in an assessment of the Soleimani incident, condemned it as an illegal extrajudicial killing and an act of aggression by the US toward Iran and Iraq. They pointed out that no evidence was brought against Soleimani. He was murdered merely on the say-so of the American president.

Moreover, the international lawyers’ group noted the killing was in violation of US and international law. US law is bound by its commitment to the UN Charter which explicitly prohibits the use of military force against another state without the approval of the UN Security Council.

Such unilateral violence may be permitted only if there is clear evidence that a state is acting in self-defense. And the would-be self-defense measure must be proportionate. Clearly, in the case of Gen. Soleimani, neither of these exceptions were valid.

The allegations against the Quds Force commander of having blood on his hands for “thousands” of US troops and “millions” of civilians is more in the realm of American propaganda. It is essentially hearsay which in no way meets any standard of due legal process.

Soleimani helped organize Iranian-backed militia which were effective in defeating terrorist militia in Syria and Iraq trying to overthrow the governments. The US role and that of its allies toward the terror groups is ambiguous at best, if not covertly working with the militants, despite official talk about “fighting terrorism.”

Iranian-backed militia in Iraq have opposed US forces. But let’s not forget, American forces are in Iraq due to an illegal invasion of that country in 2003. When Trump and his aides denounce Soleimani for US troop deaths, they conveniently forget that their own country is guilty of war crimes in Iraq, and in Syria from its illegal presence there.

The US Congress is right to be concerned about Trump’s increasing arrogation of powers for using lethal force against foreign targets.

However, his predecessor, Barack Obama, was a big practitioner of ordering drone-assassinations against terror suspects abroad. Almost every American president has deployed warplanes or missiles against foreign states in ways that breached constitutional law or the UN Charter. Remember Bill Clinton fired off cruise missiles on Sudan at the height of his sex scandal with Monica Lewinsky.

During the 1970s, the Senate Church Committee into abuse of executive powers and assassination of foreign leaders under the aegis of the CIA led to tighter constitutional controls on presidential powers for ordering military actions.

The use of illegal military force by the White House is nothing new. But what is different under Trump is the way his administration is unwinding controls over lawlessness, making it easier for assassination and acts of war to be done on a presidential whim.

Thus, under Trump, the US leadership is rapidly evolving a working policy and rationale for justifying assassination and war. US lawlessness is spinning out of control by the day.

The fiendish logic goes way beyond the danger of the US starting yet another war in the Middle East, this time with Iran.

This week, Secretary of State Mike Pompeo gave a major speech in which he put the assassination of the Iranian and Iraqi generals in the wider context of “strategic deterrence” against all adversaries. Pompeo explicitly linked the killings to the US policy of confronting Russia and China.

Tellingly, his speech was titled: ‘The Restoration of Deterrence: The Iranian Example’.

Pompeo summed up by saying: “We have re-established deterrence…We saw, not just in Iran, but in other places, too, where American deterrence was weak. We watched Russia’s 2014 occupation of the Crimea and support for aggression against Ukraine because deterrence had been undermined. We have resumed lethal support to the Ukrainian military. China’s island building, too, in the South China Sea, and its brazen attempts to coerce American allies undermined deterrence.”

The lawless reasoning here is appalling. If the Trump administration wants to use murderous force against adversaries for so-called “deterrence,” then it will, according to Pompeo. That apparently includes Russia and China.

The UN Charter was created to stop a repeat of World War II. Under Trump, the Charter, as well as other international laws and even the US’ own laws forbidding acts of war are being ignored.

Welcome to the Wild West. 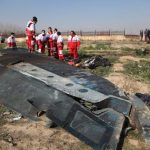 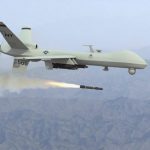 The west is run by barbariansEndless war, US aggression, USA, War Drive