US Blockade Prevents Venezuela From Paying For Vaccines 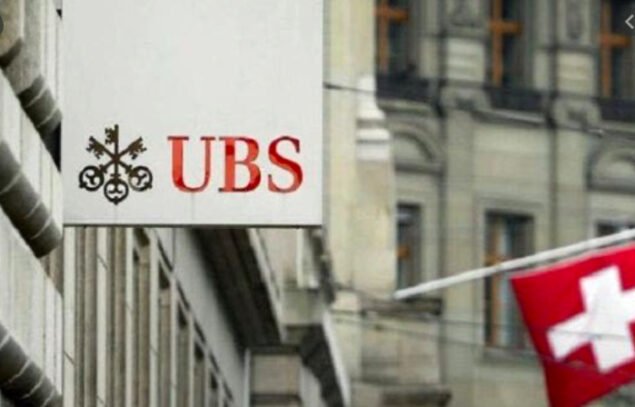 Banner with the logo of the United Bank Switzerland. | Photo: Twitter/ @OrinocoTribune

Due to the U.S. arbitrary measures, a Swiss bank blocked the last payments made by Venezuela to complete the financial requirements for COVID-19 vaccines.

On Thursday, Venezuela denounced that the Union Bank of Switzerland (UBS) prevented it from transferring money to pay for COVID-19 vaccines purchased through the COVAX facility.

Vice President Delcy Rodriguez explained that the bank blocked the last four installments of the payment of vaccines valued at USD10 million.

“Venezuela has paid all of its commitments with the COVAX mechanism. However, the Bank has arbitrarily ‘blocked’ the last payments and placed them under ‘investigation’. That is a crime,” Foreign Affairs Minister Jorge Arreaza tweeted.

In a communication addressed to Ambassador Hector Rosales on June 7, the COVAX facility confirmed that Venezuela had transferred US$110 million for the COVID-19 vaccines. At that time, only US$10 million remained to be paid.

One need only look to the Case against Meng Wanzhou to confirm that reality or Venezuela/Syrian Blockade\Sanctions for further evidence.
The US Empire has no desire to abide by “International Law” they believe their Laws R interchangeable & yet they remain incompatible 2 Freedom https://t.co/GBtXT4y0Co pic.twitter.com/30l3masxjq

Regarding this, a document signed by COVAX representative Santiago Cornejo confirmed that the UBS bank blocked the last 4 payments and placed the money under investigation.

Rodriguez stressed that the blocking of the financial resources of a sovereign nation demonstrates the imposition of a hegemonic power amid the pandemic.

As of Friday morning, Venezuela had reported 247,847 COVID-19 cases and 2,781 related deaths. In the last 24 hours, health authorities detected 1,083 new cases, 187 of which occurred in the Zulia state on the border with Colombia.

by teleSUR/ JF
Editors’ Note: While we don’t necessarily share the views we publish on New Cold War, we do attempt to provide readers with a range of views. This is because your right to make your own mind up depends on your being fully informed.
Share
Tweet
Share
Pin