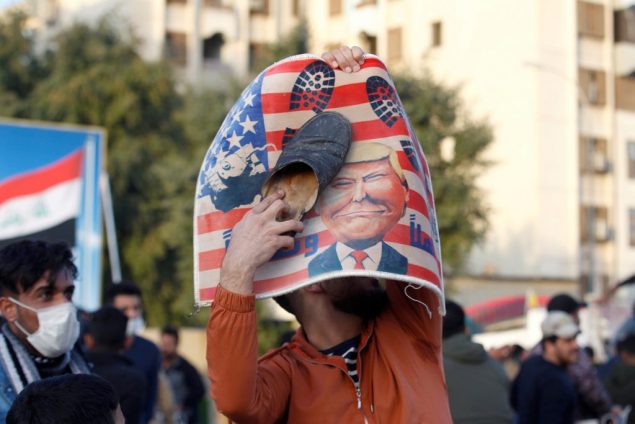 A protester places a shoe at a placard with U.S. President Donald Trump illustration outside the U.S. Embassy during a protest to condemn air strikes on bases belonging to Hashd al-Shaabi (paramilitary forces), in Baghdad, Iraq January 1, 2020. REUTERS/Khalid al-Mousily/File Photo

This insightful Twitter thread by a US Army intelligence analyst was spotted by Vanessa Beeley and repurposed for her website.

Another excellent thread on Twitter from a US Army intelligence analyst:

1. I spent 10 years as a US Army Intelligence Analyst, and what I can tell you is that killing #QassemSoleimani was a huge mistake for many reasons. There’s a good chance that ISIS would not have been defeated in Iraq & Syria without his expertise.

2. The same people who say he was in Iraq to make plans for attacks against US personnel, are the very same people who told us that Saddam had WMDs, that Assad gassed his own people in Douma, etc. So yeah, I’m calling BS on that.

3. When are you going to stop believing the lies & war propaganda that the US Government and the MSM keep feeding you? All this talk about Iran being the world’s leading state sponsor of terrorism is complete BS that our govt keeps peddling on behalf of Israel & Saudi Arabia.

4. Those who thought Trump was going to change the US foreign policy of interventionism & regime change wars, should have realized they were wrong long before #Soleimani was killed. The writing was on the wall when Trump surrounded himself with psychopathic warhawks.

5. The thing is, war with Iran is a ball that’s no longer in our court. Iran will be the ones who decide what happens moving forward. The US government (and the Pentagon/US military) now has to wait and see how Iran responds, and they may not have to wait very long.

6. No matter what the outcome of a full-fledged war between the US & Iran would be, it’s an indisputable fact that Iran’s military is much more powerful than any that the US has faced since WWII. They could easily kill tens of thousands of US troops & US civilian contractors.

7. So before you start spewing some incoherent nonsense about America being the greatest nation on earth, I want you stop and think about the ramifications of what war with Iran would be. Think about the tens of thousands of American lives that could potentially be lost.

8. Look yourself in the mirror, and ask yourself if you would be willing to send your son or daughter to the front lines of a war that is absolutely and completely unnecessary. A war that wasn’t justified until Trump ordered the unlawful assassination of #QassemSoleimani.

This thread received a lot more attention than I expected. Here are a few of the wonderful people who helped me come to my senses. You should follow them if you aren’t already: @snarwani @VanessaBeeley @EvaKBartlett @timand2037 @caitoz @sahouraxo (1/2) 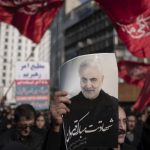 Why Trump is escalating the US-Israeli war on IranIran, Israel 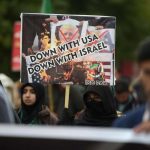 US starts the Raging Twenties declaring war on IranIran, Iraq