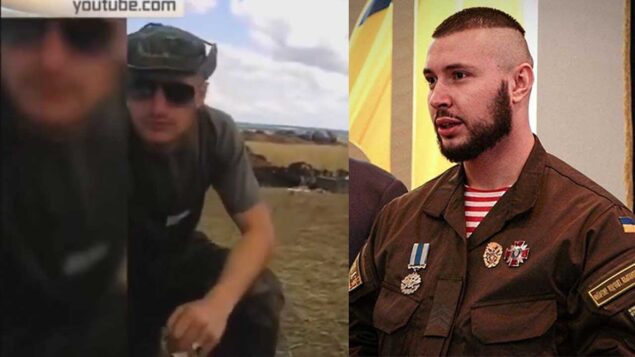 The New Cold War recently published an English translation of an Italian article about the case of Vitaliy Markiv, a Ukrainian nationalist and murderer. After being sentenced to 24 years in 2019 in the Italian courts, for the murder of an Italian journalist and his Russian interpreter, last week he was acquitted in the country’s Court of Appeal thanks to personal pressure from Ukraine’s Interior Minister Arsen Avakov and a campaign which involved the Ukrainian and Italian far-right.

Here is an important update of the information, as new elements of the case appear, showing how Markiv’s friends brag about bombing civilians. There is also a short translation from the Italian website Voxkomm.

A video reveals heavy new elements against the nationalist Vitaly Markiv and his fellow soldiers. The nationalist, in the trial that involved him and which saw him sentenced to 24 years in the first degree for complicity in the murder of the photojournalist Andrea Rocchelli (murdered under the bombing of Ukrainian forces) and then acquitted in the second degree, has always stated that Ukrainian troops perched on Karachun hill never attacked civilians and never attacked first, arguing that by “rules of engagement” they could only return fire from rebels. Markiv and his fellow soldiers are not famous for their sincerity and this video confirms this, as it contradicts their statements.

It is 2015, some militiamen from the Donetsk People’s Republic recover a video, shot a year earlier, from the devices found on the body of a Ukrainian soldier. The video made a lot of noise at the time, in the five minutes of filming a moment of rest by the Ukrainian troops, drunken soldiers confess various war crimes amid toasts and laughter: “Let’s bomb some shops!” and again “Let’s bomb without coordinates!”, “Sloviansk was a beautiful city, too bad it will be razed to the ground”. Filming is done with a mobile phone from a location around the city of Slavyansk, which was under rebel control in 2014 and has not yet been displaced. Civilians widely supported the rebels, Ukrainian troops in fact feared that any person was a separatist, as Markiv himself will declare, and were therefore attacked by pro-government troops.

The new element that aggravates the position of the nationalist and his fellow soldiers is that the soldiers who indulge in confessions in the video are actually stationed in the Vitaly Markiv base. In fact, there is a detail in the video that most have escaped: the soldiers, like Markiv himself, defend the very television tower that was located on the Karachun, the tower that the rebels wanted to hit to silence the pro-government propaganda that was being spread for the whole region.

In the meantime, however, our “hero of Ukraine”, following acquittal in the second instance in the trial, appears to have fled to his homeland, defended by the far-right interior minister Arsen Avakov. Pending the verdict of the cassation and in view of the new elements against the pro-government soldiers, it cannot be ruled out that our “hero” will no longer return to Italy, to the delight of all those characters and those Italian political organizations that have spent on his release. 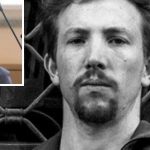 How Ukraine wants to influence the Vitaly Markiv trialUkraine 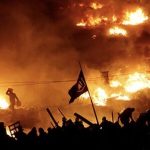