UN renews agency helping Palestinian refugees in defiance of US 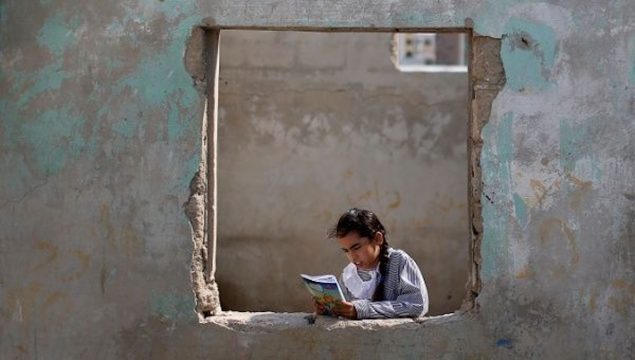 A Palestinian UNRWA schoolgirl holds her book as she stands by a window outside her family home in Al-Shati refugee camp in Gaza City, Oct. 23, 2019. | Photo: Reuters

Most countries voted to renew the mandate of the United Nations Relief Agency for Palestine Refugees in defiance of the US.

With 169 votes in favor, nine abstentions, and two votes against, the United Nations General Assembly (UNGA) Friday extended the mandate for the United Nations Relief and Works Agency for Palestine Refugees in the Near East (UNRWA) until June 30, 2023.

“The General Assembly… expresses special commendation to the Agency for the essential role that it has played for almost seven decades since its establishment in providing vital services for the well-being, human development and protection of the Palestine refugees and the amelioration of their plight and for the stability of the region,” the UN resolution states.

Favorable reactions to the UNGA decision were immediate, especially among those who know from their own experience the consequences of the Israeli military occupation.

“We welcome the decision to renew the international mandate to UNRWA and we see it as another failure to hostile U.S. policies to the Palestinian rights,” the Hamas spokesperson Sami Abu Zuhri said.

When most people picture #Bethlehem this time of year, they don't imagine these scenes – refugee camps, 8m high walls, & Israeli military checkpoints. Yet this is what Oisín McConville saw when he visited the 'little town' of Bethlehem in #Palestine. https://t.co/84yKTwcDuA pic.twitter.com/7ER0hFg8vM

Palestine Liberation Organization (PLO) spokeswoman Hanan Ashrawi also praised the vote and said it was the UN’s responsibility to combat the U.S. and Israeli attacks on Palestinian refugees.

“All attempts at trying to limit the mandate of the UNRWA, defund it or attack it have failed, and we hope that the international community will continue to come to the rescue,” she said.

The U.S. and Israel, which have been leading a smear campaign accusing UNRWA of mismanagement and anti-Israeli incitement, voted against the resolution entitled “Assistance to Palestine Refugees.”