Report by the International Campaign to Abolish Nuclear Weapons (ICAN), July 7, 2017  (with additional news reports further below plus text of resolution and full voting record)

122 countries voted in favour of the General Assembly resolution. But the UN General Assembly session was boycotted by the member countries of the NATO military alliance and European Union, and NATO’s allies Japan and Australia. All nine of the countries that possess nuclear weapons boycotted the session. One of the few NATO-member countries in attendance was Holland and it was the only country to vote ‘no’. European countries attending and voting ‘yes’ were Ireland, Sweden, Switzerland, Austria and Moldova.

July 7, 2017–After a decade-long effort by the International Campaign to Abolish Nuclear Weapons (ICAN), and 72 years after their invention, today, states at the United Nations formally adopted a treaty which categorically prohibits nuclear weapons.

Until now, nuclear weapons were the only weapons of mass destruction without a prohibition treaty, despite the widespread and catastrophic humanitarian consequences of their intentional or accidental detonation. Biological weapons were banned in 1972 and chemical weapons in 1992.

On adoption of the treaty, ICAN’s executive director, Beatrice Fihn, said: “We hope that today marks the beginning of the end of the nuclear age. It is beyond question that nuclear weapons violate the laws of war and pose a clear danger to global security.

“No one believes that indiscriminately killing millions of civilians is acceptable – no matter the circumstance – yet that is what nuclear weapons are designed to do. Today the international community rejected nuclear weapons and made it clear they are unacceptable.

“It is time for leaders around the world to match their values and words with action by signing and ratifying this treaty as a first step towards eliminating nuclear weapons.”

The Treaty on the Prohibition of Nuclear Weapons was adopted Friday morning, July 7 and will open for signature by states at the United Nations in New York on 20 September 2017. Civil society organizations and more than 140 states have participated in negotiations.

This treaty is a clear indication that the majority of the world no longer accepts nuclear weapons and does not consider them legitimate tools of war. The repeated objection and boycott of the negotiations by many nuclear-weapon states demonstrates that this treaty has the potential to significantly impact their behavior and stature.

As has been true with previous weapon prohibition treaties, changing international norms leads to concrete changes in policies and behaviors, even in states not party to the treaty. “The strenuous and repeated objections of nuclear-armed states is an admission that this treaty will have a real and lasting impact,” Fihn said.

The treaty also creates obligations to support the victims of nuclear weapons use (known in Japanese as “hibakusha”) and testing and to remediate the environmental damage caused by nuclear weapons.

From the beginning, the effort to ban nuclear weapons has benefited from the broad support of international humanitarian, environmental, nonproliferation, and disarmament organizations in more than 100 states.

Significant political and grassroots organizing has taken place around the world, and many thousands have signed petitions, joined protests, contacted representatives, and pressured governments.

Text of the treaty at this weblink. Full voting record at the same weblink or by clicking here. Both documents are attached here as pdf’s:

Analysis:
A treaty prohibiting nuclear weapons: What for and what next?, editorial by Mark Finaud, Senior Programme Advisor, Geneva Centre for Security Policy, July 10, 2017 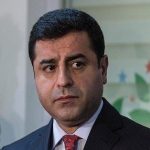 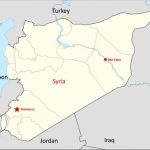