Ukraine has become one of the most dangerous and deadly countries in the world for journalists, and it’s getting worse.

According to Reporters Without Borders, Syria, Palestine, Ukraine, Iraq and Libya (in order, starting with the most dangerous) were the deadliest countries for reporters in 2014. Conflict-torn Ukraine was the worst country for kidnappings and abductions of journalists.

Between May and August 2014, six journalists died in Ukraine and dozens more were assaulted or physically threatened.  Many journalists had to leave Ukraine out of fear for their lives. It all started after the advocates of Ukrainian ultra-nationalism came to power as a result of coup in February 2014. The new ideology was formed by Ukrainian fascists in 1920-1940s. It’s a mixture of  Italian fascism and German Nazism adapted to Ukrainian realities.

The new regime in Kiev is pursuing a goal of eliminating all dissent in the country. In late January, Lviv-based journalist Gleb Gonchar disclosed information about the decision of Ukraine’s National Security and Defense Council to establish total control over Ukraine-controlled Internet, cable TV and print media. There are crackdowns against those who disseminate ‘anti-Ukrainian’ views, including the use of force against “the enemies of the state”.  Some of this information is still partly classified.

Journalist Andrei Zakharchuk and blogger Ruslan Kotsaba were placed in pre-trial detention in Ukraine on unrelated high treason charges. Zakharchuk was detained on 12 February, Kotsaba on 8 February. They faced up to 15 years in prison. (Zakharchuk was reportedy released in a prisoner exchange on February 21 with the Lugansk People Republic. Kotsaba remains in detention, charged with advocating defiance of military conscription.

Alexander Bondarchyuk, the leader of the opposition Workers’ Party of Ukraine and editor-in-chief of the newspaper Rabochy Klass (The Working Class), was arrested on March 18 and remains in detention pending trial. He is accused of spreading “anti-government information” which prosecutors says includes “indirect propaganda of separatism”. Bondarychuk is a former people’s deputy of the Verkhovna Rada, elected to the third and fourth Rada convocations in 1998 and 2002.

Some nationalist and neo-Nazi websites have begun to reveal public personal data on opposition and public activists opposed to the government. Anton Gerashchenko, deputy head of the Ukrainian Ministry of the Interior, announced the creation of a joint database to be used by the Ministry of Internal Affairs, the Security Service and other intelligence agencies and  border guards. It is being used to wage arrests against those who have fallen out of favor with the regime.

About 200,000 “enemies of the state” are listed, include the volunteers of Donetsk and Luhansk republics self-defense forces, Ukrainian and Russian politicians, public figures, and journalists. They all oppose the war in the east of Ukraine and neo-Nazi ideology.

A number of political assassinations and murders under strange circumstances proves that the crackdown against dissenters in gaining momentum.  Olga Moroz,the editor of Neteshinsky Vestnik, was found dead in her flat last month. Moroz had been working on material about deforestation. The company which belongs to the husband of former Lviv governor Irina Sech was involved in illegal exports of timber abroad. The money was used to fund Svoboda, a neo-Nazi political party, one of the groups that organized Maidan.

Sergey Sukhobok, a well-known Ukrainian journalist and editor of Obkom and ProUA online media outlets, was murdered on the night of April13 in Kiev. He reportedly died in a drunken brawl with neighbors. The criminal rate in Ukraine is extremely high and the use of arms is widely spread. Former adviser of the Interior Minister Konstantin Stohnii said law enforcement agencies have lost 16,700 firearms across Ukraine.

On April 15, Oleg Kalashnikov, a former MP from the Party of Regions, was found dead from gunshot wounds in his apartment block. Ukrainian media reported that prior to the murder, Kalashnikov received threats of physical violence for his political views from the website project Mirotvoretz (‘Peacekeeper’) which is backed by Ihor Gerashchenko, senior adviser to the Ukrainian Interior Ministry.

Oleg Kalashnikov is the head of Public Council of Ukraine and editor of its website. He was calling on his supporters to take the streets next month to mark the 70th anniversary of the victory over fascist Germany on May 9, 1945. Such action is now a violation of law in the contemporary Ukraine, as is the wearing of the black and orange Saint George’s ribbon which symbolizes the heroism of those who defeated Nazism. Kalashnikov marked the anniversary every year. Doing so is now a crime punishable by ten years in prison (more severe than the punishment for manslaughter).

Kalashnikov was killed near his residence. Before that, Mirotvoretz website made public his personal data, including home address. Following his death, the site posted a message to Twitter expressing gratitude and an accelerated promotion “for a mission dutifully accomplished”.

Ukrainian journalist Oles Buzina was killed by two masked gunmen in the yard of his house in Kiev on April 16. There were four shots, one to the head and three to the chest. Mirotvoretz had published information about him, painting him as “an enemy of the state”. Then after his death, the word “eliminated” appeared near his name. The website editors posted a message “Agent 404 has distinguished himself again. He was given a short time vacation for successful accomplishment of the mission”.

There were two previous attempts to kill Buzina, known for his anti-fascist views. In May 2009, the journalist proposed a package of laws to ban neo-Nazi organizations and propaganda, including the ideology of Ukrainian nationalists (OUN) as a totalitarian fascist party. Ukrainian authorities now call the OUN “heroes of national movement”). Buzina won 11 lawsuits since 2000 – till 2009.

A little more than one month ago, Ukrainian media suddenly began to report about threats to kill Buzina. It was a warning. The verdict had been handed down. The execution took place on April 16 and the mysterious “agent 404” under the command of the assistant to the Interior Minister. The assassin received a leave as a reward for a “mission accomplished”.

Following the murders of Charlie Hebdo journalists in France, people hit the streets of European cities with placards reading ‘Je Suis Charlie’. Even those who did not like the cartoonists joined the outpouring. The reaction of Ukrainian opponents of Oles Buzina and Oleg Kalashnikov was quite different. Soon after his death, Iryna Farion, a member of the nationalist Svoboda Party and a former Verkhovna Rada lawmaker, notorious for her radical views, described the late writer and author as a “degenerate” and a “devilish creation”. She wrote a lengthy diatribe against Buzina on her Facebook page, saying he had been sent to “history’s sewers”.

“Degenerate Buzina was killed. Perhaps the death of this impudent will neutralize the dirt this [expletive] had spilled.”

Other opponents of Buzina and advocates of Ukrainian neo-Nazism joined in. Over 200 people “liked” a post by Roman Bochkala, a journalist working for Ukrainian Inter TV channel, who wrote, “At last someone killed Kalashnikov!”

Not a single person in Europe or the United States went to the streets carrying a ‘Je Suis Buzina’ placard to protest the assassination of a fearless journalist who fought the revival of Ukrainian Nazism. The West turns a blind eye to the connivance of Kiev with neo-Nazis and the fact that Ukrainian special services sponsor serial political murders hoping to turn Ukraine into an enemy of Russia.

This article was slightly edited by New Cold War.org from the original for translation and by adding additional source links and information.

Read also:
2014 ‘Roundup of abuses against journalists’ published by Reporters Without Borders. Ukraine is in the top three of journalists killed and kidnapped. 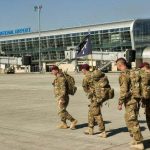 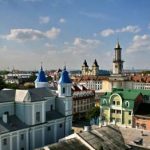