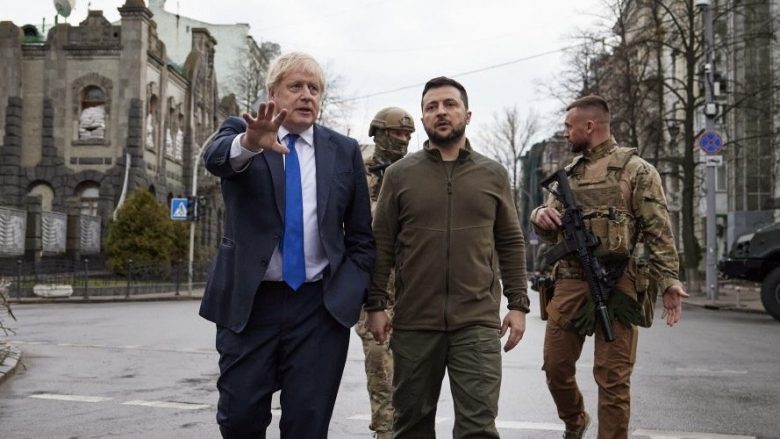 Boris Johnson made a surprise visit to Ukraine in April, during which he allegedly discouraged Zelensky from pursuing peace talks in Turkey. Photo: Boris Johnson

Recent media reports from a media outlet in Ukraine indicate that the West pressured Ukraine to stop the ongoing negotiations with Russia, which led to the collapse of the talks being held in Istanbul.

A recent report in Ukrainian news outlet Ukrayinska Pravda, quoting officials from the Ukrainian president’s office, claimed that talks between Ukraine and Russia have stopped due to pressure exerted by UK Prime Minister Boris Johnson during his unannounced visit to Kiev on April 9.

According to the report, Johnson came to Kiev on a surprise visit apparently to “express solidarity” and announce financial and military aid to Ukraine in its fight against Russian aggression. However, during his meeting with Zelensky, Johnson asked him not to continue with the talks which were going on in Turkey, asserting that Putin needs to be defeated.

Zelensky’s public position on talks with Russia shifted dramatically following this visit. Only a few days prior to the visit, Zelensky had proclaimed that there is no alternative to talks with Russia. He had declared the necessity of the talks even amidst the international outcry over the alleged mass killings in Bucha.

During the last physical round of talks between both the countries in Istanbul in late March, Russia had claimed that Ukraine was ready to consider its demand of Ukrainian neutrality. The Russians had also said there were talks of a possible meeting between Zelensky and Russian president Vladimir Putin.

Russia had earlier alleged that the talks were stalled due to Western pressure. Russian foreign minister Sergei Lavrov alleged in late April that Ukraine had taken the decision to stall the talks on the advice of “American and British colleagues”.  Putin had announced “deadlock” in the talks and said that the West, instead of finding a solution to the conflict, has been aiding the war with the objective of prolonging it at the cost of the Ukrainian people.

Consistent NATO backing through arms supplies has also led to the hardening of Zelensky’s public stand on the talks. On Friday, he proclaimed that talks with Russia will only resume after Russian troops withdraw from Ukraine completely and “return” all those Ukrainians who have been evacuated to Russia.

Russia has already announced that it will not halt its offensive for the talks and that Ukrainian commitment of neutrality will be necessary for any meaningful talks.

Russian allegations of a proxy war have been echoed by several anti-war groups. On May 7, the UK-based Stop the War Campaign observed an “international day of action for peace in Ukraine” demanding immediate resumption of talks between the parties.

In a statement on Friday, the campaign’s convenor Lindsey German asserted that “the British government has become an obstacle to peace in Ukraine by encouraging the continuation of the war through huge arms shipments and incendiary rhetoric.” She said that the conflict in Ukraine is “developing into a proxy war between Russia and NATO,” which will have implications for Ukrainian people, Common Dreams reported.

Similar positions have also been taken by anti-war group CODEPINK in the US, which has questioned the Biden administration’s funding to Ukraine and the lack of initiatives for peace. It also termed the war in Ukraine a “proxy war”.

The US and its NATO allies have expressed that the objective behind their military and financial aid to Ukraine is to see that Russia is defeated. In a video conference with Zelensky on Sunday, May 8, the G7 countries – all NATO members except Japan – pledged “coordinated sanctions” against Russia. They also talked about phasing out their dependency on Russian energy and breaking all existing global links of Russian banks.

In a joint statement post the meeting, the G7 countries vowed to never let Russia “win the war against Ukraine” and promised further military aid to it. They claimed that USD 24 billion has already been provided/pledged to Ukraine by the international community.

The UK promised fresh aid of USD 1.6 billion on Saturday, taking its total aid to above USD 3 billion. Johnson had announced billion dollars in aid during his April 9 visit.

The US alone has provided weapons worth USD 4 billion to Ukraine. The Biden administration is seeking an additional aid of USD 33 billion for Ukraine in the US Congress, of which USD 20 billion would be for weapons and military aid.

The US and its NATO allies have already imposed various rounds of political and economic sanctions on Russia. On Sunday, the US announced additional sanctions on Russian media and banks. NATO members have promised more sanctions against Russia in future.

As per a Xinhua report, instead of encouraging the two sides to overcome difficulties and keep talks ongoing to bring about “peaceful outcomes”, the US and its allies have gone “on to fan the flames, magnify regional conflict and fish in troubled waters”, risking the lives of millions for their own narrow interests. 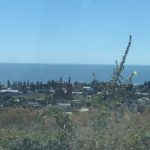 On the Frontier of Whiteness? Expropriation, War, and Social Reproduction in UkraineHuman rights, Racism, Rape as weapon of war, Refugees, Ukraine, White supremacy 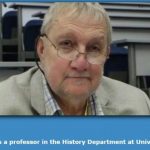 Ukraine-Russia: Sanctions against a “pro-Russian” professor from the University of Montreal, or freedom of speech?Arnold August, Canada, Censorship, Russia, Sanctions, Ukraine