Vasyl Pavlyuk, the Consulate General of Ukraine in Lublin, Poland, met the students of Maria Curie – Sklodowska Lublin University. Unexpectedly he was given a hard time. First, All-Polish Youth (Polish Mlodziez Wszechpolska), a nationalistic Polish Youth Organization, held a conference near the University building. They said that meeting with Vasyl Pavlyuk was the same thing as meeting the supporters of Hitler, Himmler and other Nazi criminals. Then the protesters moved inside the University to see the Ukrainian Consulate General and raise the posters ‘Murderers! Shame! No Glory!’ 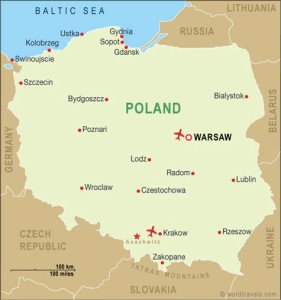 The appointment of Vasyl Pavlyuk evokes concern among Poles. He is a member of ultra-right Svoboda political party. In 2011, he was a high standing official in Lviv to support a resolution which declared Bandera and Shukhevych national heroes. The city council deputies said the regime of Yanukovych would be washed away by “the people’s revolution under the Bandera’s banner”.

Vasyl Pavlyuk condemned the decision of the Polish parliament to honor the victims of the Organization of Ukrainian Nationalists-Ukrainian Insurgent Army (OUN-UPA) and SS division Galicia. He opposed the idea to dismantle a memorial devoted to OUN militants that was clandestinely erected in the Biskids Mountains.

After the meeting with students, Vasyl Pavlyuk tried to take revenge. He called the students «Kremlin agents» in a TV program. This is the favorite stock phrase of Ukrainian nationalists in Poland. On October 14, a group of Ukrainian students studying in Poland made a photo to show them holding an UPA flag in one of parking places in the city of Przemysl. It made people furious. The case was reported to Polish prosecutor office and attracted media attention. The Ukrainian diaspora floated a concocted story about an agent of Russian security service who provoked the students into making the picture.

The Polish Institute of National Remembrance does the same thing. Some of its researchers are Ukrainians by origin. They obstruct the research on the crimes committed by the Organization of Ukrainian Nationalists-Ukrainian Insurgent Army. Instead, they offer apologetic works glorifying the OUN-UPA. The WW2 era extremists who were made to face justice are called “victims of the Polish Communist regime”.

Take, for example, Grzegorz Motyka, a Polish historian, specializing in the history of Polish-Ukrainian relations. He is also a member of the Council of the Institute of National Remembrance since 2011. In his works, he tries to balance the activities of the Organization of Ukrainian Nationalists-Ukrainian Insurgent Army and the Polish government of the time so that the ultimate picture would tell a story of exchanging claims and accusations. The both sides appear to be equally guilty. The very names of the works prove the point: Masters and Punishers («Pany i rezuny. Wspólpraca AK-WiN i UPA 1945–1947»), From Volyn Massacre to Operation Vistula («Od rzezi wolynskiej do akcji Wisla»), Special Services of Poland, Czechoslovakia and Ukrainians («Sluzby Bezpieczenstwa Polski i Czechoslowacji wobec Ukrainców 1945–1989»). He calls Banderites “Ukrainian partisans” or “soldiers of Ukrainian Insurgent Army”. The scholar does his best to avoid the issue of Ukrainian nationalists’ collaboration with the Third Reich.

Grzegorz Motyka sets examples of the actions undertaken by Warsaw to compare with the crimes committed by the Organization of Ukrainian Nationalists-Ukrainian Insurgent Army. He condemns the Volyn massacre. At the same time, he points out that the both sides perpetrated acts of extreme brutality. According to him, the massacre was provoked by the policy conducted by Warsaw before the war. To keep the balance, he condemns Operation Vistula – the codename for the 1947 forced resettlement of post-war Poland’s Ukrainian minority to the Recovered Territories carried out by Polish Communist authorities in order to remove the support base for the Ukrainian Insurgent Army.

All this draws one’s attention to the activities of the Ukrainian diaspora united in the Association of Ukrainians in Poland. The organization has its own weekly, Our Voice (Nasze Slowo). Warsaw supports it and provides funds from the state budget. There are many ethnic Ukrainians among Polish officials of different grades, including the descendants of those who fought in the ranks of the Organization of Ukrainian Nationalists-Ukrainian Insurgent Army. There are sympathizers, as well. For instance, Marek Kuchcinski of the Law and Justice Party and a Deputy Marshal of the Sejm of the Republic of Poland, Polish Defense Minister Tomasz Semoniak and Janusz Onyszkiewicz, a member of European Parliament and former Minister of Defense (his uncle served in the ranks of Ukrainian Insurgent Army in the rank of Colonel and was sentenced to death in 1950).

Ultra-right radicals of Ukraine continue to increase their presence in Polish missions. Andrei Deshitsa, the former acting Foreign Minister of Ukraine, is known an ardent supporter of Bandera and Shukhevych. Aleksandr Bacik, the Honorary Consul of Ukraine in Przemysl, holds the same views. Ukrainian nationalists have many times mentioned their territorial claims to Poland. They want some powiats (counties) returned to Ukraine. Ukrainian diplomats never tried to reject the claims.

Ukrainians in Poland are gradually getting radicalized. The Ukrainian school in Przemysl commeorates the memorial day of the Ukrainian Insurgent Army. Events with young people present commemorate the Organization of Ukrainian Nationalists-Ukrainian Insurgent Army at the cemetery where the militants are buried. Aleksandr Bacik and the Association of Ukrainians in Poland promote the idea of turning Przemysl into a Ukrainian capital inside Poland. They support the idea of relocating the victims of Operation Vistula to live near the Ukraine-Poland border.

The growing influence of ultra-right nationalists in the west of Ukraine may entail the emergence of a serious problem for Poland, while the number of those who support the views espoused by the Organization of Ukrainian Nationalists-Ukrainian Insurgent Army keeps on growing among Ukrainians residing on Polish soil. 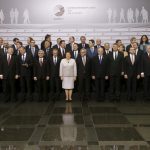