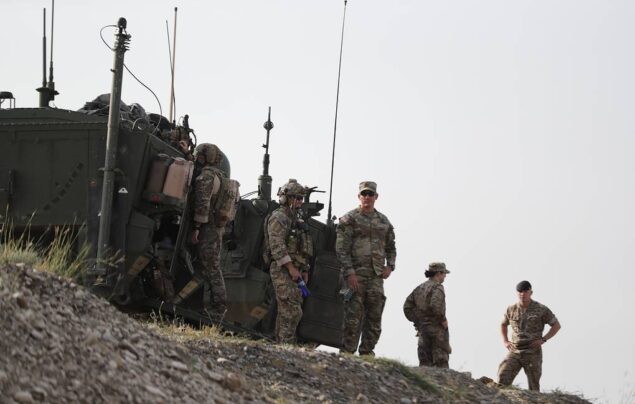 Ukrainian President Volodymyr has Zelensky seconded a statement by Georgian President Salome Zourabichvili that “it is time for concrete proposals for Ukraine and Georgia to obtain a NATO MAP and a plan to join the EU.” The two countries have been paired as partners for future NATO membership, with both being promised membership in the global military bloc at the NATO summit in Bucharest, Romania in 2008.

Today Ukrainian President Volodymyr Zelensky seconded a statement by Georgian President Salome Zourabichvili that “it is time for concrete proposals for Ukraine and Georgia to obtain a NATO MAP and a plan to join the EU.” The two countries have been paired as partners for future NATO membership, with both being promised membership in the global military bloc at the NATO summit in Bucharest, Romania in 2008.

Ukraine’s ambassador to Germany, Andriy Melnyk, echoed Zelensky’s demand that NATO admit Ukraine as a full member, stating that only that measure would prevent a Russian invasion: “The only possibility for this [to prevent alleged invasion plans] is for Ukraine to finally become a NATO member.” He also claimed that had his country been in NATO in 2014 the secession of Donetsk, Lugansk and Crimea would not have occurred; neither would the now seven-year was in the Donbass. He neglected to state whether the U.S.-engineered uprising and overthrow of an internationally-recognized government would also have occurred. Most likely not, as the populations of NATO nations are not allowed to elect, or if elect, keep any government Washington and Brussels view with disapprobation.

The envoy then made this provocative statement:

“Ukraine has no other choice: either we are part of an alliance such as NATO and are doing our part to make this Europe stronger, or we have the only option – to arm by ourselves, and maybe think about nuclear status again. How else can we guarantee our defense?”

He also claimed there were 90,000 Russian military personnel deployed to the Donbass border and to Crimea; in his words, “We are dealing with the largest troop movement in Russia since the Second World War.” Which is arrant nonsense.

When the Soviet Union was dissolved in 1991 a third of total Soviet nuclear weapons were in Ukraine; with 1,700 warheads in the country it had the third largest nuclear arsenal in the world after the U.S. and Russia. In 1994 Ukraine joined the Treaty on the Non-Proliferation of Nuclear Weapons as a non-nuclear-weapon nation. It’s that decision the above-cited ambassador suggested be reversed. In fairness, this isn’t the first time the question of Ukraine developing its own nuclear weapons capacity has been broached. Over the past twenty years NATO-trained military leaders have raised the issue. But never before, and never during a crisis remotely comparable to the present one, has the issue been phrased so brutally: either place Ukraine under NATO Article 5 mutual military assistance status – and NATO acknowledges itself a nuclear alliance – or Ukraine will reassert itself as a nuclear power.

The shelling of the Donbass will be mild in comparison to what an armed conflict between a nuclear Ukraine and nuclear Russia would portend.

Rick Rozoff has been involved in anti-war and anti-interventionist work in various capacities for forty years.

CrossTalk on Ukraine | Toward war?

Western governments and western media portray the tensions within Ukraine as a conflict involving Russia and Ukraine. This is false. There is a roadmap to resolve Ukraine’s internal strife. And it is called the Minsk Accords. Russia is not the problem – but NATO expansion is.  CrossTalking with Rick Rozoff, Paul Robinson, and George Szamuely. 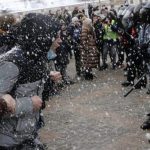 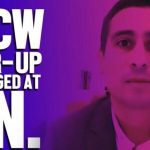