Ukrainian communists have issued a stark warning about the glorification of fascists after Kiev’s city council announced it would celebrate anniversaries of the birth of what the Communist Party of Ukraine (KPU) described as “nazi killers, thugs, executioners and anti-semites.”

Ukrainian communists issued a stark warning about the glorification of fascists today after capital Kiev’s city council announced that it was to celebrate anniversaries of the birth of what the Communist Party of Ukraine (KPU) described as “nazi killers, thugs, executioners and anti-semites.”

The party, which has itself been subjected to state-imposed bans, urged the world not to ignore the “flagrant manifestation of neonazism” taking place in the country.

The city council has been accused of an attempt to hide details of the resolution on its website after it was passed by a majority in the chamber last week.

But far-right Svoboda Party leader Yuri Sirotyuk published the full text of the motion, revealing a shocking list of anniversaries to be celebrated across the year.

This includes the centanary of the birth of nazi collaborator and war criminal Vasyl Levkovych, who, as head of the Ukrainian auxiliary police in Dubno, organised anti-Jewish pogroms and the murder of 5,000 Jews and thousands of Poles.

Also included in the celebrations is the 115th birthday of notorious anti-semite Ulas Samchuk, a member of the nationalist OUN, who described the murder of the Jews of Kiev, which included thousands of children, as “a great day.”

Ukrainian fascists have been emboldened by the European Parliament’s resolution last year equating communism with nazism. It called for the erasure of all memorials of “totalitarianism” across Europe, including those dedicated to the Red Army.

It has led to proscriptions on the Communist Party of Ukraine and the banning of party newspaper Rabochaya Gazeta after it published articles quoting Karl Marx.

No such action has been taken against the far right, which has sought to use the legislation to attack communists and progressives while promoting its own hatred, including making it a criminal offence to criticise nazi collaborator Stepan Bandera.

100 years — Vasyl Levkovych — nazi collaborator, commandant of the Ukrainian auxiliary police in Dubno, organiser of Jewish pogroms, executioner and murderer of 5,000 Jews and thousands of Poles, a war criminal.

110 years — Vasil Sidor — nazi collaborator and war criminal, fighter of the Nakhtigal battalion, oberzugfuhrer of the 201st Schutzmannschaft battalion, participant in the mass killings of Jews and Poles, punitive operations against civilians in Belarus.

100 years — Vasil Galasa — OUN activist, organiser of Jewish pogroms in western Ukraine in the summer of 1941, a participant in the destruction of the Polish population in 1943-44. 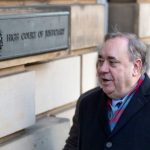 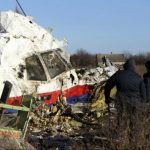