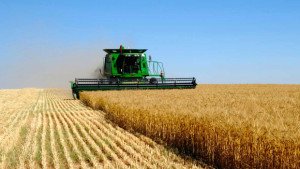 The inquiry of the parliamentary group of Die Linke, submitted on January 19, 2015, criticizes the ‘land grabbing’, i.e. the ‘landgrab by states and major national and international companies’ in Ukraine. Die Linke is outraged over a planned redistribution of land:

In the shadow of the Ukrainian crisis, we can observe an alarming transfer of land to Ukrainian oligarchs, but also Western publicly owned agricultural companies and non-Western states. In the past, Ukraine was considered a breadbasket of the Soviet Union and thanks to the considerable amount of black earth is known to be particularly fruitful and productive. With 32 million hectares of crop land, Ukraine has twice as much crop area as Germany. Ukrainian and foreign agroholdings already control about half of the Ukrainian agricultural land, which is about 17 million hectares. The lessors generate low income due to the low rent payments and are sometimes even paid in kind.

Seed producers have a strong interest in Ukrainian lands:

Ukraine is one of the auspicious growth markets for seed producers Monsanto and DuPont. It is feared that Monsanto exercises great pressure on the authorities in Ukraine to force through its demands for development of production of biotechnology and genetically modified organisms (GMOs). Last year Monsanto invested 140 million to increase the capability for future production.

One of the German companies that profits from land grabbing in Eastern Europe, is AGRARIUS AG, founded in 2007 with headquarters in Bad Homburg. It offers ‘investment in farmland’ and services related to the purchase of land. In Hamburg, German agricultural CEE GmbH lures with returns of 100 percent in the ‘most interesting agricultural market in the world’, and KTG Agrar SE, also based in Hamburg, advertises organic products because they promise a much higher profit margin.

International and national companies receive financial, developmental and EU subsidies. In the past ten years, agricultural corporations have been increasingly cultivating rapeseed in Ukraine. This is connected with the increased needs of the EU for biofuels. About 90 percent of rape is exported to the EU and processed there. The federal government reported as part of the inquiry that the European Bank for Reconstruction and Development (EBRD) had awarded 2,014 loans to a total of 131 Ukrainian and 55 international agroholdings.

To the question of Die Linke whether the agricultural concerns DuPont and Monsanto would receive KfW loans for its operations in Ukraine, the federal government was not willing to give a clear answer. It is stated in its response:

The publication of information on granting of credit by the KfW bank group affects trade and business secrets of the concerned companies. The public response to the question of whether and to what extent a company finances its business activities and by which type of loan is generally suitable to give competitors information not only about the financial resources of a company, but also about  its strategy and positioning in the market. 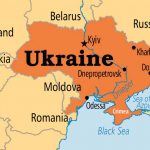 Genesis of Ukraine and Ukrainians: Maidan as a dividing point of nation-buildingBackground, Feature Articles, Ukraine, Ukraine language and nation
Another investigation in Britain of ‘anti-Western’ comments on RT.comDigest, Media critique, Ukraine