ODESSA–Ukraine’s Security Service (SBU) has detained a group of activists who founded a public association calling itself the Popular Rada of Bessarabia (PRB) in the southern Odessa region, the Dumskaya news portal said on Wednesday quoting sources at the regional branch of the SBU. 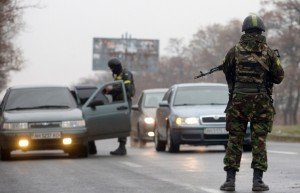 “A total of twenty persons have been detained and they are giving evidence,” the report said. “A search is underway in the conference hall where they held their conference.”

The Popular Rada of Bessarabia earlier issued a statement where it mentioned persecution of its activists by the Ukrainian authorities. “Ukraine’s security services have unleashed real terror against our activists,” the document said. “Chairman of the organization’s presidium, Dmitry Zatuliveter, has disappeared and the attempts to make contact with him have proved futile so far.”

Ethnic minorities residing in the Odessa region have united in the Popular Rada of Bessarabia to defend their rights. More than a hundred representatives of seven ethnic communities, including Bulgarians, Gagauzians, Russians, Armenians, Romani, Moldovans, and Poles took part in the founding conference.

Formation of the PRB marks the surfacing of one more potentially problem area in Ukraine. The new popular Rada has been set up to press forward for establishing ethnic/territorial autonomy within Ukraine.

Officials in neighboring Moldova, which is a part of the historic region of Bessarabia, are looking with alarm at developments in the Odessa region – they find them particularly irksome in the wake of geographic closeness of the region to the breakaway independence-minded Transdniestria. The latter area has been functioning as a de facto independent Dniester Republic since the early 1990’s.

In the meantime, Dr. Vitaly Kulik, the director of the Ukrainian Institute for Research of Civic Society Problems said in the follow-up to the PRB founding conference that the foundation of the Popular Rada of Bessarabia does not have any features that might be interpreted as encroachments on the Ukrainian Constitution or legislations,.

“The delegates to the conference spoke about support for the projects related to culture, language, education, and social humanitarian issues, about closer communications among the region’s ethnic communities, as well as about cross-border cooperation,” Dr. Kulik said.

“In other words, the conference focused on humanitarian issues, and this means there are no signs that the discussions might have violated Ukrainian legislation in any way,” he said. 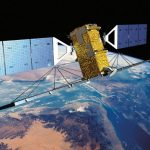