KYIV – The Ukrainian parliament has outlawed the use of the St. George ribbon, a Russian symbol of military valor. 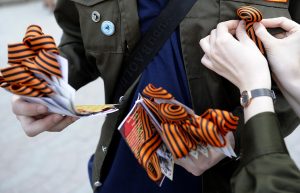 The decision was voted by 238 deputies compared to the required minimum of 226 votes.

“This law envisages an administrative penalty for wearing the so-called St. George ribbon during mass events,” bill author and deputy from the National Front faction Anton Gerashchenko said, speaking from the parliament’s rostrum. He said the Ukrainian parliament is thus countering “Russian aggression in Ukraine”, as Russia considers the St. George ribbon as its symbol.

The administrative penalty won’t apply to World War II veterans wearing elements of the St. George ribbon in their military decorations, as well as to museum expositions.

The new Ukrainian law stipulates a penalty of 850 to 2,550 hryvnia ($32-96) for the public demonstration of the St. George ribbon together with the ribbon’s confiscation. A repeat violation of this law during a year may entail a penalty of up to 5,100 hryvnia ($192) or an administrative arrest for up to 15 days together with the ribbon’s confiscation.

The Ribbon of St. George, Wikipedia

‘… During events of 2014 in Ukraine, the St. George ribbon was used by Antimaidan activists and pro-Russian population of Ukraine (especially in the south-east regions) as a symbol of pro-Russian and separatist [sic] sentiment…

‘In 2014, the Ukrainian government replaced the ribbon with a red-and-black remembrance poppy, like those associated with Remembrance Day in Western Europe. Red and black were also the colours used by the [extreme-right] in the Maidan conflict…’ 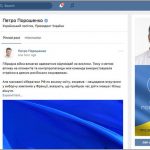 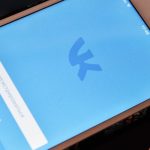 Ukraine: Banning its way to the promised landUkraine