Jaresco served as president and chief executive officer of Western NIS Enterprise Fund (WNISEF), which was created by the U.S. Agency for International Development (U.S. AID) with $150 million to spur business activity in Ukraine. She also was cofounder and managing partner of Horizon Capital which managed WNISEF’s investments at a rate of 2 to 2.5 percent of committed capital, fees exceeding $1 million in recent years, according to WNISEF’s 2012 annual report.

The growth of that insider dealing at the U.S.-taxpayer-funded WNISEF is further underscored by the number of paragraphs committed to listing the “related party transactions,” i.e., potential conflicts of interest, between an early annual report from 2003 and the one a decade later.

In the 2003 report, the “related party transactions” were summed up in two paragraphs, with the major item a $189,700 payment to a struggling computer management company where WNISEF had an investment.

In the 2012 report, the section on “related party transactions” covered some two pages and included not only the management fees to Jaresko’s Horizon Capital ($1,037,603 in 2011 and $1,023,689 in 2012) but also WNISEF’s co-investments in projects with the Emerging Europe Growth Fund [EEGF], where Jaresko was founding partner and chief executive officer. Jaresko’s Horizon Capital also managed EEGF.

From 2007 to 2011, WNISEF co-invested $4.25 million with EEGF in Kerameya LLC, a Ukrainian brick manufacturer, and WNISEF sold EEGF 15.63 percent of Moldova’s Fincombank for $5 million, the report said. It also listed extensive exchanges of personnel and equipment between WNISEF and Horizon Capital.

Though it’s difficult for an outsider to ascertain the relative merits of these insider deals, they could reflect negatively on Jaresko’s role as Ukraine’s new finance minister given the country’s reputation for corruption and cronyism, a principal argument for the U.S.-backed “regime change” that ousted elected President Viktor Yanukovych last February.

Based on the data from WNISEF’s 2012 annual report, it also appeared that the U.S. taxpayers had lost about one-third of their investment in WNISEF, with the fund’s balance at $98,074,030, compared to the initial U.S. government grant of $150 million.

Given the collapsing Ukrainian economy since the Feb. 22 coup, the value of the fund is likely to have slipped even further. (Efforts to get more recent data from WNISEF’s and Horizon Capital’s Web sites were impossible Friday because the sites were down.)

Beyond the long list of “related party transactions” in the annual report, there also have been vague allegations of improprieties involving Jaresko from one company insider, her ex-husband, Ihor Figlus. But his whistle-blowing was shut down by a court order issued at Jaresko’s insistence.

John Helmer, a longtime foreign correspondent in Russia, disclosed the outlines of this dispute in an article examining Jaresko’s history as a recipient of U.S. AID’s largesse and how it enabled her to become an investment banker via WNISEF, Horizon Capital and Emerging Europe Growth Fund.

Helmer wrote: “Exactly what happened when Jaresko left the State Department to go into her government-paid business in Ukraine has been spelled out by her ex-husband in papers filed in the Chancery Court of Delaware in 2012 and 2013. …

“Without Figlus and without the US Government, Jaresko would not have had an investment business in Ukraine. The money to finance the business, and their partnership stakes, turns out to have been loaned to Figlus and Jaresko from Washington.”

According to Helmer’s article, Figlus had reviewed company records in 2011 and concluded that some loans were “improper,” but he lacked the money to investigate so he turned to Mark Rachkevych, a reporter for the Kyiv Post, and gave him information to investigate the propriety of the loans.

“When Jaresko realized the beans were spilling, she sent Figlus a reminder that he had signed a non-disclosure agreement” and secured a temporary injunction in Delaware on behalf of Horizon Capital and EEGF to prevent Figlus from further revealing company secrets, Helmer wrote.

“It hasn’t been rare for American spouses to go into the asset management business in the former Soviet Union, and make profits underwritten by the US Government with information supplied from their US Government positions or contacts,” Helmer continued. “It is exceptional for them to fall out over the loot.”

Jaresco, who served in the U.S. Embassy in Kiev after the collapse of the Soviet Union, has said that Western NIS Enterprise Fund was “funded by the U.S. government to invest in small and medium-sized businesses in Ukraine and Moldova – in essence, to ‘kick-start’ the private equity industry in the region.”

While the ultimate success of that U.S.-funded endeavor may still be unknown, it is clear that the U.S. AID money did “kick-start” Jaresco’s career in equity investments and put her on the path that has now taken her to the job of Ukraine’s new finance minister. Ukrainian President Petro Poroshenko cited her experience in these investment fields to explain his unusual decision to bring in an American to run Ukraine’s finances and grant her citizenship.

The substantial U.S. government sum invested in Jaresco’s WNISEF-based equity fund also sheds new light on how it was possible for Assistant Secretary of State for European Affairs Victoria Nuland to tally up U.S. spending on Ukraine since it became independent in 1991 and reach the astounding figure of “more than $5 billion,” which she announced to a meeting of U.S.-Ukrainian business leaders last December as she was pushing for “regime change” in Kiev.

The figure was so high that it surprised some of Nuland’s State Department colleagues. Several months later – after a U.S.-backed coup had overthrown Yanukovych and pitched Ukraine into a nasty civil war – Under Secretary of State for Public Affairs Richard Stengel cited the $5 billion figure as “ludicrous” Russian disinformation after hearing the number on Russia’s RT network.

Stengel, a former Time magazine editor, didn’t seem to know that the figure had come from a fellow senior State Department official.

Nuland’s “more than $5 billion” figure did seem high, even if one counted the many millions of dollars spent over the past couple of decades by U.S. AID (which puts its contributions to Ukraine at $1.8 billion) and the U.S.-funded National Endowment for Democracy, which has financed hundreds of projects for supporting Ukrainian political activists, media operatives and non-governmental organizations.

Those payments over more than two decades to various people and entities in Ukraine also constitute a major investment in Ukrainian operatives who are now inclined to do the U.S. government’s bidding.

Investigative reporter Robert Parry broke many of the Iran-Contra stories for The Associated Press and Newsweek in the 1980s. You can buy his latest book, America’s Stolen Narrative, either in print here or as an e-book (from Amazon and barnesandnoble.com). For a limited time, you also can order Robert Parry’s trilogy on the Bush Family and its connections to various right-wing operatives for only $34. The trilogy includes America’s Stolen Narrative. For details on this offer, click here. 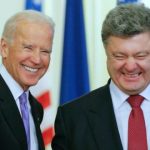 One year after the Maidan in UkraineBackground, Feature Articles, Ukraine 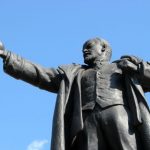