Earlier reports, including my own, that Ukraine’s currency lost 30% of its value were not entirely accurate. The reality was actually quite a bit worse: the hryvnia shed roughly 50% of its value over the course of just two days, a stunning rout that places the country a hair’s breadth away from default. 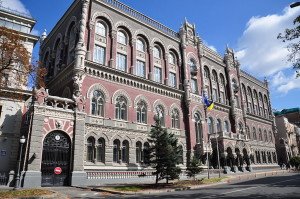 Ukraine’s foreign currency reserves are now down to a minuscule $6.42 billion (and falling!), enough to cover just five weeks worth of imports. The usually accepted rule of thumb among economic analysts is that a country needs at least six months worth of “import cover,” and that anything less than 3 months is a crisis situation.

Unless it receives substantial assistance in the immediate future, Ukraine will have less than a month’s worth of foreign currency: if reserves go much lower than they are at the moment, the country could quite literally run out of dollars and euros.

For some reason that isn’t quite clear to me, discussion among Western experts has overwhelmingly centered not on the imminent economic apocalypse facing Kiev, but on whether or not the United States should supply it with advanced weapons systems to beat back the Russians. Consider, for example, what Alexander Motyl had to say at Foreign Affairs (the only time he mentioned Ukraine’s economy in a article dedicated to analyzing the ongoing crisis):

[Putin] has no way to erode Ukraine’s economy without simultaneously destroying Russia’s.

I’ve seen very similar formulations from other analysts, upbeat statements that amount to “yeah things look a little dicey at the moment but don’t worry, Ukraine’s economy will be fine.” This optimistic assessment of Ukraine’s economic position fundamentally misrepresents the power dynamics between Moscow and Kiev.

Ukraine is obviously important to Russia economically, but it isn’t crucial. According to official statistics, in 2013 Russia actually conducted more foreign trade with Italy than it did with Ukraine. Total foreign trade between Russia and Ukraine was smaller than Russia-Germany and Russia-China trade, and was roughly on the same order of magnitude as Russia’s trade with Turkey ($39 billion with Ukraine in 2013 versus about $34 billion with Turkey). No one would seriously argue that Turkey has some kind of overwhelming economic leverage on Russia, so why would Ukraine have such?

It might be inconvenient to note, but Russia is positively crucial to Ukraine’s economy not merely as a source of raw materials and energy but as a destination for industrial production that would otherwise be unable to find willing customers. According to Ukrainian government data, Russia accounted for roughly a quarter of the country’s total foreign trade. The equivalent figure from the Russian side? Somewhere between six and seven per cent. Given that reality, Russia’s leverage over Ukraine is obviously much greater that Ukraine’s leverage over Russia.

Unless the West steps in to massively aid Ukraine’s economy in the very near future, the country will simply not be able to afford the “anti-terror operation” in the East. Justification has nothing to do with it: without money, it just isn’t possible to field a modern military.

Someone has to pay the salaries of the soldiers fighting in the Donbas, someone has to buy the gasoline necessary for to get them there, and someone has to pay for the ammunition they use. Given its precarious state finances Ukraine’s ability to do this has always been constrained, but now it’s about to run out.

From a long term perspective, Ukraine was always going to require Western aid to help smooth its “European path.” One of the signal, if politically inconvenient, lessons of the post-communist space is that the transition to sustainable capitalist development required generous external help to jumpstart the process (Poland being the most glaring example).

But Ukraine will also require an immediate infusion of resources to avert catastrophe. It’s likely that the IMF will step in to fill the gap, but people have been expecting a new IMF package for several months now and it keeps not arriving.

If international politics were a morality tale, then interventionist and aggressive Russia’s economy would be suffering more than poor, defenseless Ukraine’s. But the world doesn’t give a whit for notions of fairness, and so Ukraine has suffered a disproportionately severe economic crisis despite the fact that it is essentially blameless in the current standoff.

Maybe military assistance makes sense, or, more likely, maybe it doesn’t. But unless there is urgent action, Ukraine won’t have much of an economy left to support.

Comment Alex Mercouris on Russia Insider: Ukraine is facing imminent economic apocalypse but westerners are instead centered on whether the US should send weapons. The author is wrong to think, however, that this will force Kiev to end the war. Kiev will not give up on the war simply because it has run out of cash or of foreign exchange. What Kiev will do is print money. As I have said before, we are looking here at a very serious risk of hyperinflation. 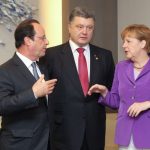 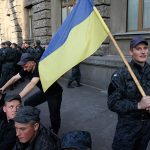