“Either our authorities are just a bunch of incompetent and stupid madmen who seized power via blood and will think nothing before shedding more blood. Or, the Ukrainian ‘political elite’ is just a decoration.”

I wonder what the section of our citizens who in the last six months shouted about ‘terrorists’ or ‘separatists’ in Donbass was thinking about while they were watching long queues at the polling stations in Donetsk and Lugansk on November 2? As for me, the pictures of voting in Donbass are quite indicative. The very fact that so many people came to polling stations clearly displays the thoughts and opinions of the people in East Ukraine.

Throughout the past eight months, we were told about ‘Russian aggression’, ‘Putin’s terrorists’ and ‘poor Lugansk and Donetsk residents terrorized by putinists’. But what do we really see there? It appears that so-called ‘terrorists-separatists’ are almost all residents of the Greater Donbass region. And instead of talking to these people or attempting to coexist with them in peace, instead of meeting the demands of the justly (!) protesting people of Donbass, Kiev authorities launched a protracted war with them.

Do you really understand how absurd it is to kill our own citizens during the past eight months just because they oppose the persons who seized power in the country last February, without people’s consent? And at the same time, they have been telling the rest of Ukraine that Putin is to blame for this – as if it was not a protest of the local population but instead an alleged aggression of a neighbor country.

Can you just imagine how the population of East Ukraine and the residents of other parts of the country, who remained defiant to the pseudo-patriotic (actually even anti-patriotic) propaganda, viewed the President, the Cabinet, MPs, media and ‘sofa patriots’ – inadequate and brainless morons because of their false claims about aggression?

By God, it is as clear as day! Any sane and even somewhat thinking person understands it quite well: a split in a country cannot be solved by war. Any war could only be a short-term resolution. It can temporarily damp down the problem, but then there will be even harsher after-effects. And it was quite obvious from the very beginning of the conflict: people of the South and East Ukraine would never accept the changes that happened in February 2014 in Ukraine. That is, the protests were quite expected: it is as clear as two and two make four. I’m not an analyst or investigative journalist, but I assumed on February 22, 2014 that events would develop in exactly this way.

And I remember very well another instance, at the round table debates on May 17, one of the Lugansk city deputies criticized Interior Minister Arsen Avakov and rightly warned him over the usage and dissemination of the abusive term ‘colorads’ [as nationalists refer to those who wear St. George ribbon in commemoration of the WWII victory]: “It is still possible to stop now, but tomorrow you will not be able to get off with just a new federal constitutional setup”. [Originally, the protesters in Donbass demanded federalization and autonomy, but their demands were met with military assault].

Anyone of good sense could predict the current state of affairs. The only uncertainty was the exact steps of the new Kiev authorities. Even in a nightmare, one couldn’t dream of the road to hell they embarked upon – their reaction to the just (I emphasize: just!) protests of Donetsk and Lugansk.

Those who call themselves ‘Ukrainian patriots’ but have seen the pictures of queues to polling stations in Donbass should put to themselves just two reasonable questions:

Everything is more or less clear with the first question: when a lie is profitable, when there’s an audience and confidence that you will be trusted, why not to lie then? However, if you seek the answer to the second question, there may arise two conclusions. Either our authorities are just a bunch of incompetent and stupid madmen who seized power via blood and will think nothing before shedding more blood. Or, the Ukrainian ‘political elite’ is a mere decoration, completely controlled by foreign masters. There is no third option.

Both conclusions speak against the current authorities of Ukraine. Both actually mean that true patriots should be outraged with the actions of such authorities. But I’m confident that this won’t happen. Not in Ukraine, not now. The Ukraine of 2014 is already outside of logic. And when the current situation in Ukraine is analyzed, one can easily arrive at the conclusion that if the country is falling apart, it’s exceptionally Kiev’s fault and not the fault of Donetsk or Lugansk.

Thus, the next question arises: who are these people in power in Kiev and where are they leading us? That is the question today.

How the Israel Lobby in the U.S. protected Ukrainian Neo-NazisDigest, Ukraine 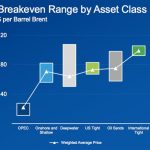