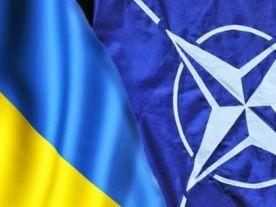 On December 23,  in the first reading of a bill proposal, the Verkhovna Rada voted to abolish the non-aligned status of Ukraine and thereby open a path to NATO membership.

The decision was supported by 303 members of the 450-seat Rada. Only eight members voted against. The bill sets aside the non-aligned status in law of Ukraine, “on the basis of domestic and foreign policy needs”.

In the section on basic principles of the new law, an item was added to deepen cooperation with NATO “in order to achieve the criteria necessary for the acquisition of membership in this organization”. In addition, the law has a provision stating that the accession to NATO membership is one of the priorities of Ukraine’s foreign policy, “on the basis of national security of Ukraine”.

To enter into law, the bill must pass a second reading and be signed by President Poroshenko. The latter has urged support for the law.

Timer, a publication from Odessa, reports that seven of the 16 deputies from Odessa oblast (province) voted in favour; four voted against and five were absent.

Background, from Wikipeida and other sources:
In its Declaration of Sovereignty in 1990, Ukraine declared it had the “intention of becoming a permanently neutral state that does not participate in military blocs and adheres to three nuclear free principles” (art. 9). Neutrality was  enshrined in the 1996 Ukrainian Constitution, based upon the Declaration of Independence of August 24, 1991. The Declaratoin of Independence was supported overwhelmingly in a referendum vote on Dec. 1, 1991.

The policy of non-alignment was re-confirmed by law in 2010. Ukraine was an observer country in the Non-Aligned Movement. Ukraine’s parliament voted to drop non-aligned status on December 23, 2014.

In December 1991, the Soviet Union was formally dissolved. About one third of its nuclear arsenal was located in Ukraine. In 1994, Ukraine acceded to the Treaty on the Non-Proliferation of Nuclear Weapons and became a non-nuclear-weapon state. The Budapest Memorandum of 1994 provided for the dismantling of Ukraine’s nuclear weapons. The memorandum was signed by Ukraine, Russia, the U.S. and Britain.

How thousands of Nazis were ‘rewarded’ with life in the U.S. following WW2Uncategorized
Ukrainian nationalism in the 1990sUncategorized