The percentage of unsolved crimes in the territory of Mariupol is 75.3 per cent. 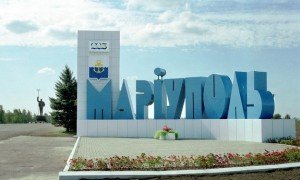 During the past six months, the office of the Prosecutor General of Ukraine has counted at least 2,267 crimes by Ukrainian military personnel and soldiers against the civilian population in occupied Mariupol. This is reported in DAN News (Donetsk),from a report by the Ministry of Defence of the Donetsk People’s Republic (DPR).

“Thanks to sources in the office of the Prosecutor General of Ukraine, the intelligence services of the DPR have received statistics of criminal offenses and investigative work for the first six months of 2015,” reports the Ministry of Defense.

According to the Ministry, statistics of the Prosecutor’s Office of Ukraine show 1,048 especially serious unsolved crimes against life and health, including 48 armed assaults, 122 robberies, 729 cases of vehicles misappropriated and 320 crimes related to drug trafficking. Further, there were 72 unsolved cases of deaths and disappearances.

The Ministry added that during the above-mentioned period, the percentage of unsolved crimes in the territory of Mariupol was 75.3 per cent.

According to Defense Ministry officials, crimes committed by Ukrainian soldiers against civilians are often committed while they are intoxicated and carrying a weapon.

The deputy corps commander of the Ministry of Defense of the DPR, Edward Basurin, has repeatedly reported the interception of intelligence containing evidence of the crimes of the Ukrainian military against the local populations in the areas of ​​punitive action, including cases of torture of citizens of the Donetsk and Lugansk republics.

On July 8, the People’s Republics of Lugansk and Donetsk urged the UN Security Council and the leading world powers to establish an international tribunal to investigate war crimes committed by security forces of Kiev during the punitive operations against the Donbas people and region. On the official level, a proposal supported by proclamation of the Republic and the Russian Federation.

According to DPR and LPR statistics, since the start of the conflict in 2014, 3,684 civilians have been killed in both republics, including 522 women and 65 children.

UN data states there were 6,417 deaths in the Ukrainian conflict from mid-April 2014 to May 30, 2015, with an estimated 15,962 people wounded. The war has affected around 5 million, of which about 1.2 million became refugees. Ukrainian President Petro Poroshenko estimates the conflict’s death toll to be nearly 9,000: about 1,800 servicemen and 7,000 civilians.

Over the 15 months of the conflict 4,868 buildings and private households have been destroyed, among them 63 hospitals, 150 schools and 135 kindergartens. In addition, 1,616 infrastructure installations have been damaged or leveled completely, including factories, mines, power stations and waterways. There are tens of thousands of buildings in the Donbass region that suffered minor damage.

Over 6,200 people have been made invalid. More than 2,000 people in Donetsk People’s Republic are missing.

The UN watchdog notes that these statistics are conservative and real losses could be much higher.

The situation in Donbass has long since entered a state of humanitarian catastrophe, a situation exacerbated by the economic blockade established by Kiev against the rebellious republics. Russia’s Emergency Ministry has been sending humanitarian convoys to Donbass on a regular basis – 31 convoys so far. They have delivered over 39,000 tons of food supplies, medicine and equipment needed to restore normal life in the war-torn region. The 32nd humanitarian convoy to Donbass will hit the road on July 16.